Created by Yoshihiro Togashi (from Hunter x Hunter), Yu Yu Hakusho is, without a doubt, one of the most successful anime of all time. After all, both its catchy songs and the dubbing that brought iconic phrases like “Rapadura is sweet, but it’s not soft” conquered a legion of fans of the genre.

Thinking about it, we decided to separate here some of the most iconic moments of the anime. Without further ado, let’s check out what they are?

10 – When Kuwabara uses his Spiritual Sword for the first time

As much as Kuwabara starts the story as a delinquent, he starts to really care about his companions. Soon, he wants to fight the demons and awakens the Spiritual Sword, his power from him. In the 10th episode, he is about to lose the battle against Musashi, but manages to use the power to protect himself. It’s an exciting scene!

9 – When Kurama needs to fulfill its objective 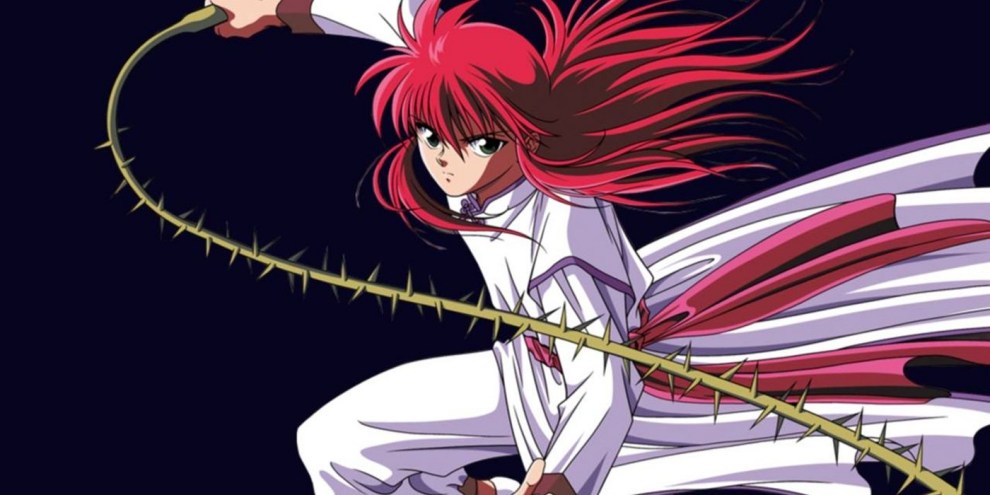 Kurama is known to be the most sensitive and empathetic character in the group, although he is always ready to do whatever he needs to fulfill his goals. This is even clearer in the Black Chapter arc, when he has to kill a little boy named Amanuma.

As much as he is sad for a while, in the end, he tells Yusuke that he doesn’t regret what he did. 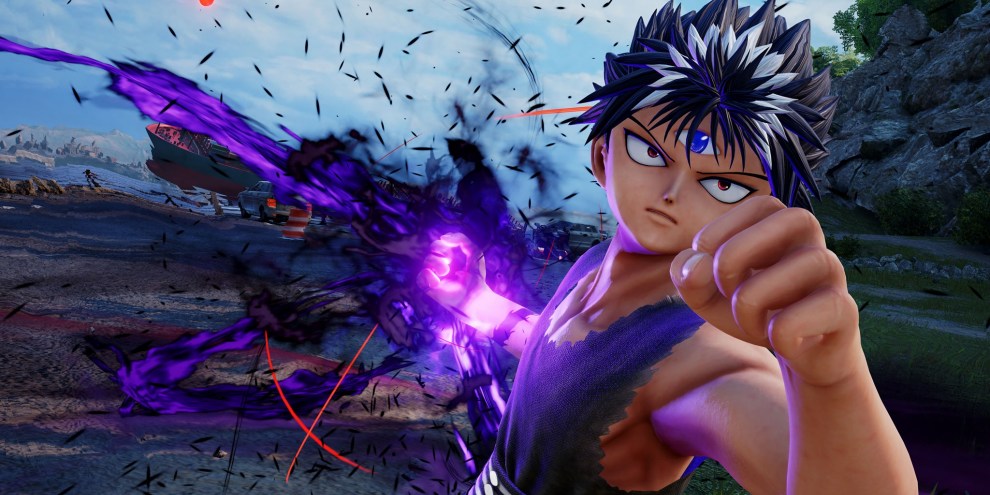 Hiei, like Kurama, also starts the plot as a villain, but ends up accompanying Yusuke on his adventures. In the Tournament of Darkness, he uses the Deadly Black Flames to prove that he is stronger than his opponent, bringing one of the best moments in the anime. 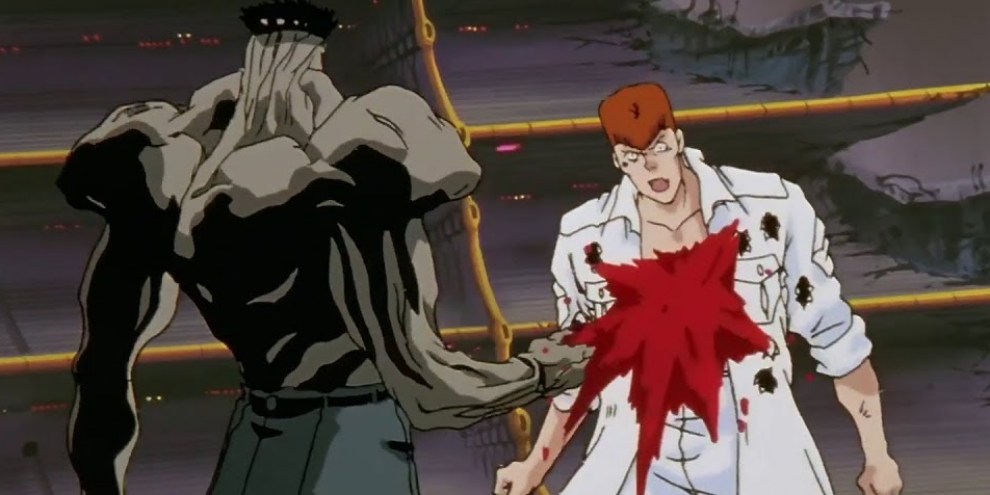 Toguro is one of the greatest villains in Yuyu Hakusho, so the battle in the Dark Tournament could not be left out of our list. Using all of his power from him, Toguro “kills” Kuwabara by thrusting his right hand into his opponent’s chest. While he doesn’t actually die, this is still one of the greatest fight scenes in the anime. 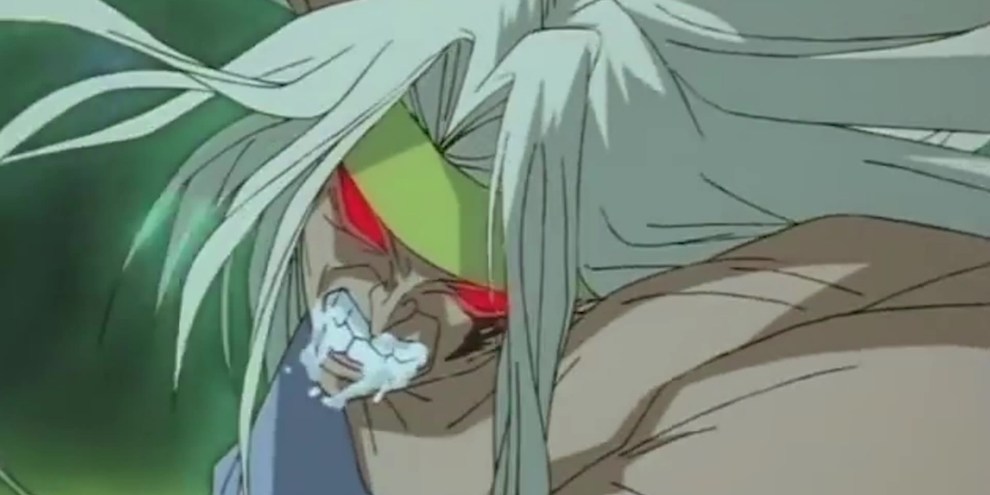 During the Three Kings Arc, Yusuke meets Raizen, one of his ancestors. He is slowly starving to death and offers to train Yusuke for a year, the time he has left of his life. However, the demon loses control and tries to attack Yusuke so it can feed on him. Goosebumps! 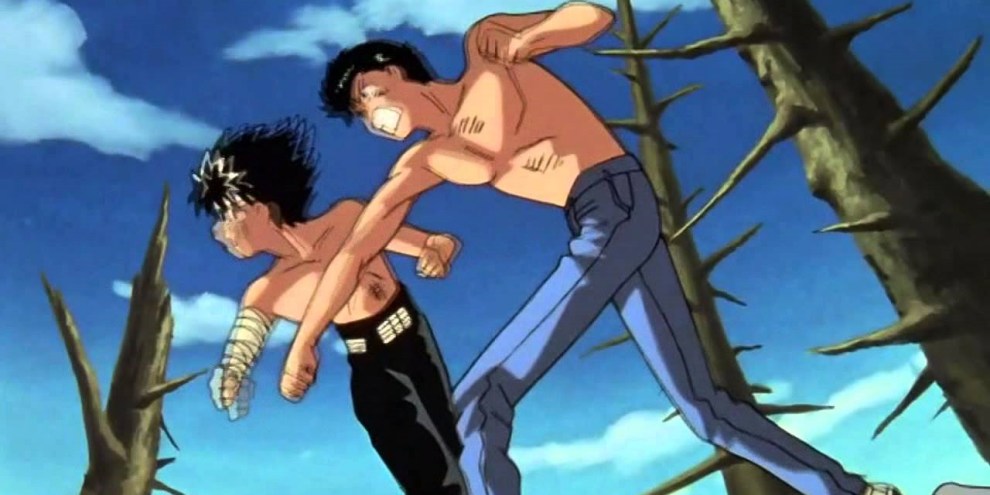 Even though Hiei is one of Yusuke’s main allies, they have one of the biggest fights in anime. The draw happens in the Chapter Black arc, after Kuwabara is kidnapped in episode 80. After Yusuke is almost defeated by Sniper, he is challenged by Hiei to a fight and the confrontation helps the protagonist to prepare for the coming dangers. 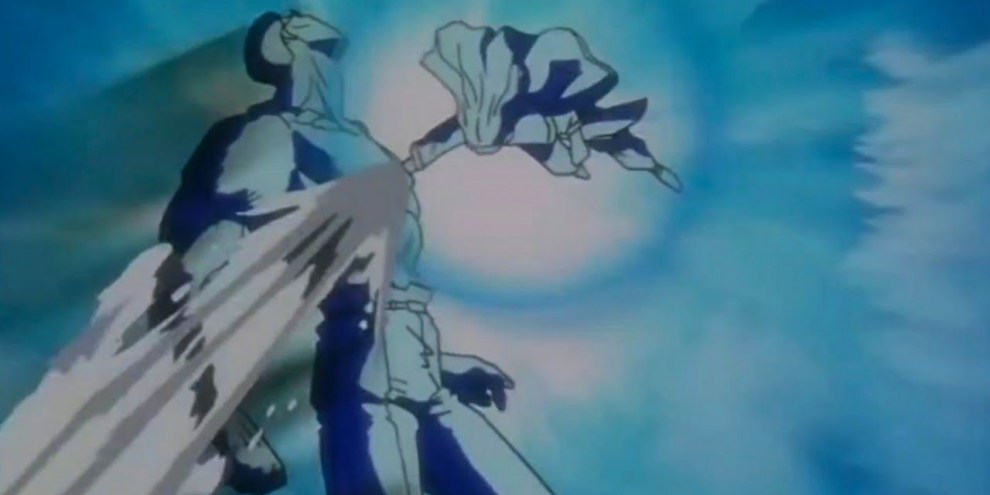 Still in the Dark Tournament arc, the confrontation between Toguro and Genkai also stands out among the most striking moments of Yu Yu Hakusho. The battle takes place in episode 52 and after that, Yusuke swears revenge against Toguro, being an important passage in the anime. 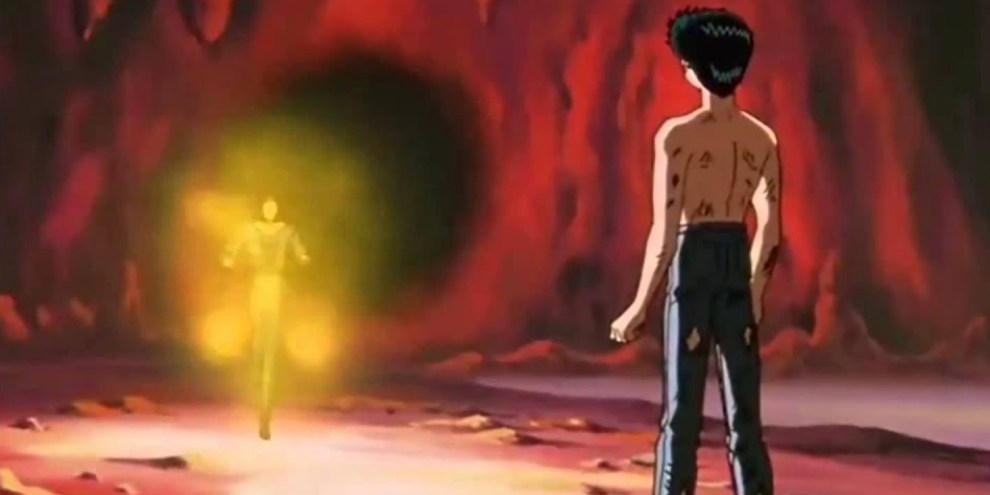 Sensui is the main villain of the Chapter Black arc and is also an extremely powerful enemy, being responsible for killing Yusuke. With the protagonist dead, the others swear revenge, but the villain defeats Kuwabara, Hiei, and Kurama with ease.

Later on, Yusuke is brought back to life and manages to defeat him with Raizen’s help.

2 – The fight of Yusuke vs. Toguro 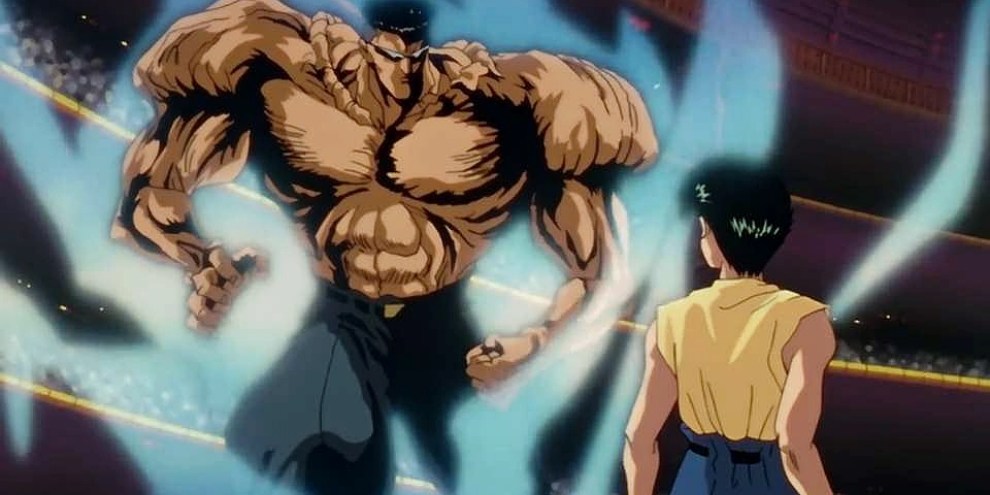 However, this fight may not be the best, but it is one of the ones that most marked Yusuke’s trajectory. After all, it closes out the Dark Tournament arc and takes place over the course of a few episodes.

Toguro reaches 120% of his power and Yusuke reaches his limit, mainly because he believes that Kuwabara is dead. However, Yusuke is so fast that Toguro doesn’t stand a chance!

1 – When Yusuke returns from the World of Darkness 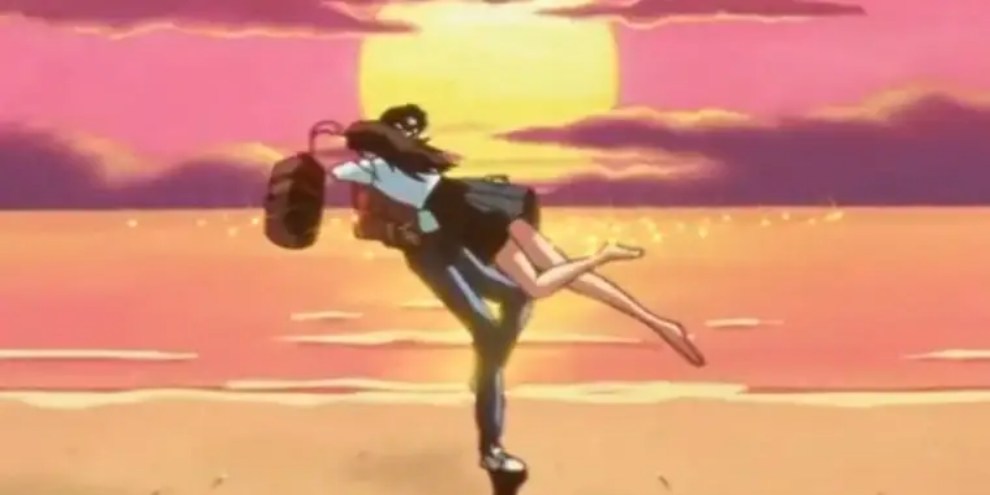 Undoubtedly, the final scenes of the anime could not be left out of the list of most memorable moments. After all, they happen in the episode called Eternally Yu Yu Hakusho.

In an emotional scene on the beach, Yusuke is reunited with his friends and the story comes to an end.

So, did you like to check out the best moments of Yu Yu Hakusho? In order not to miss anything that happens in the world of series, movies and anime, keep an eye on the site. Also, take the opportunity to share the article on social networks!

Plagiarism? Brazilian artist indicates similarities between his work and the 1899 series