[article_mb_code]
11-30-2021 Made from frog cells, these computer-engineered organisms gather individual cells inside a Pac-Man-shaped “mouth” and release Xenobot “babies” that look and move like themselves. POLITICS RESEARCH AND TECHNOLOGY DOUGLAS BLACKISTON AND SAM KRIEGMAN

Xenobots or biobots are a biological and organic body created with the help of artificial intelligence and technology.

Among the characteristics that have most attracted the attention of scientists and developers is that they have the ability to regenerate autonomously, that is, after damage they can heal themselves.

In addition, its creators affirm that unlike a conventional robot created with metals and that needs the orders of a human being, it works deliberately, which means that it acts without receiving additional programming or a command.

It was created by scientists from the University of Vermont, Tufts University and the Wyss Institute for Biologically Inspired Engineering at Harvard University.

For the development of this technology that will be used for medical research, stem cells from a species of frog were used.

It could be considered that in reality this creation is not exactly a robot, since it is made of organic material, however It was necessary to have artificial intelligence technology to design the prototype that could work and meet the desired objectives.

Another of its characteristics is that this biological robot measures about a millimeter and is made of molecules and cells, so in its appearance it looks like a small ball of pink meat.

In order for this xenobot to function properly, skin cells were used that gave the robot its structure and heart cells so that they produced movement through pulsations.

This biological robot was created with stem cells from embryos of the frog species Xenopus laevis, colloquially known as African clawed frogs, which is why its creators have baptized it Xenobot. 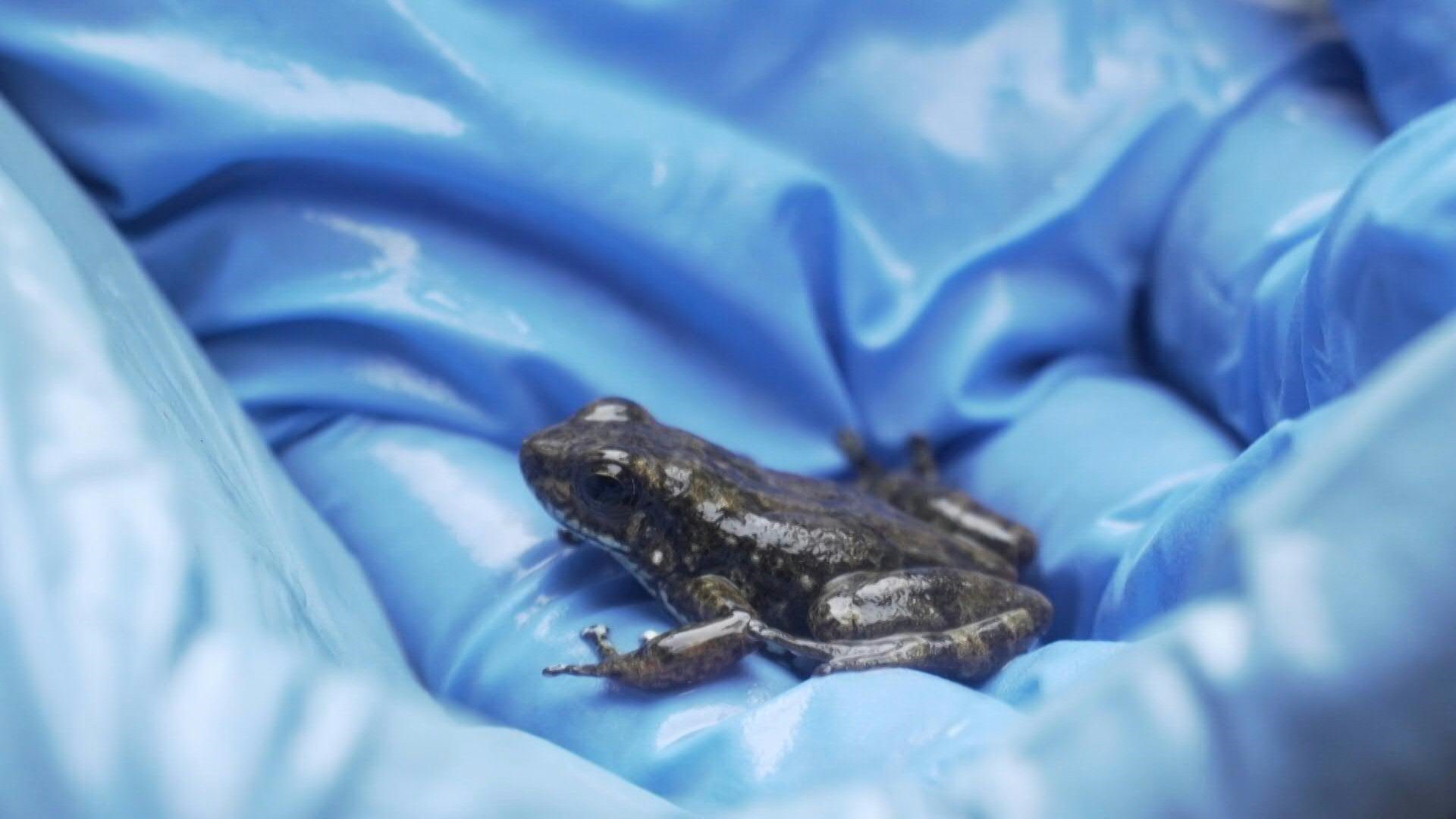 For this scientific development, frog cells were chosen because apparently they are slightly larger than those of other living beings, which makes them easier to manipulate.

These Xenobots can also reproduce, the scientists behind this creation managed to get these biological robots to place stem cells in their mouths, and after a few days these cells would become new biological machines.

What was the process to create them?

These Biobots were designed by a computer that operates with artificial intelligence called Deep Green, which is located at the aforementioned University of Vermont.

As a first step, the AI ​​system, through an algorithm, proposed thousands of prototypes and finally selected the best one.. Josh Bongard, from the Laboratory of Morphology, Evolution and Cognition at the University of Vermont, says that they used an evolutionary algorithm, which is a program that creates robots in a virtual world with random shapes and patterns from two types of cells, skin and muscle. cardiac.

As a second part of the process, having the plan or design of the biological robot, the scientists proceeded to assemble it by means of the dermal and cardiac cells of the aforementioned animal. At this point, one of those responsible for the project indicates that depending on the form that the biobot is given, it can move faster or slower.

Since cells were used and the organism itself is no larger than a millimeter, special microscopic manipulation instruments had to be used, such as a tool called a precision electrode.

It should be noted that although it was mentioned that cells from the skin and heart of the animal were used, in reality the biological innovation was carried out with stem cells that have the ability to become different types of cells.

Once the scientists assembled the structure of the Biobot, it began to function on its own.

Its applications in practical life

Among the functions that the xenobot will perform, it stands out that it could transport medicines within the human body. making their management more effective.

Due to its composition, it could clean the sea of ​​plastic micro-waste and radioactive materials. Likewise, due to its regenerative conditions, the body will continue to be studied, since it could help in advances related to regenerative medicine and the self-repair of networks and communication systems.

On the other hand, thanks to their small size, these robots can travel inside the human body, to which their scientists have considered the idea that they can serve to clean the arteries and thus prevent cardiovascular diseases.

Finally, with the development of this living being through artificial intelligence, the doors are opening to scientific and medical research in aspects such as increasing the periods of youth and longevity of living beings, thus improving their health.

One of its researchers stated, “If we could create 3D biological forms on demand, we could repair birth defects, reprogram tumors into normal tissue, regenerate after traumatic injury or degenerative disease, and beat aging.”

Moonchild Mixes: everything about Selena Quintanilla's new album 27 years after her death

Fatal attraction: the film that caused the divorce of Glenn Close and the sexual addiction of Michael DouglasReleased in 1987, it swept the box office and terrified all those who considered being unfaithful for years. And it shot up the popularity of its protagonists, although in their private lives there were not-so-fabulous changes.