While Google is already allowing developers to test a preview of Android 13 , Apple won’t normally start public testing of iOS 16 until after its WWDC conference kicks off on June 6. Indeed, it is during this conference that the Cupertino company will present its new software, including the new version of iOS.

In his latest newsletter, Mark Gurman, a reporter for Bloomberg (and a generally very reliable source of “leaks”), discusses for the first time the new version of Apple’s mobile operating system. According to him, the code name of iOS 16 would be Sydney.

Gurman says he doesn’t expect Apple to overhaul the interface of iOS, although the operating system hasn’t changed much in years. On the other hand, an update of the interface, in order to further promote multitasking, would be planned for iPadOS.

On the iOS side, however, Apple would update the notification system as well as the health and well-being tracking features.

No AR/VR headset at WWDC conference, but iOS 16 code would be stuffed with references

In his newsletter, Mark Gurman also discusses Apple’s AR/VR projects. Previously, he had indicated that the virtual reality and augmented reality headset from Apple would not be ready for a presentation at the WWDC conference. And for the moment, the journalist continues to think that.

According to him, the product will probably not be announced until the end of the year or next year. However, the beta version of iOS 16, which can be tested from June, would include a lot of references to the AR / VR headset and its connections with the iPhone.

If the presentation of a new AR / VR headset would therefore be excluded, the newsletter nevertheless mentions the possibility that the Cupertino company will present new Macs at the WWDC conference. Indeed, it would have new Macs planned for the next few months. And for Gurman, the conference would be an ideal occasion.

Apple could for example present the new MacBook Air which, according to rumors, should have a new design. 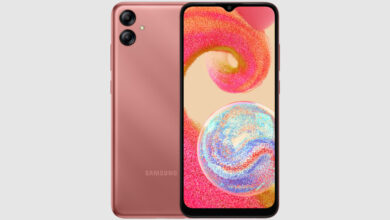