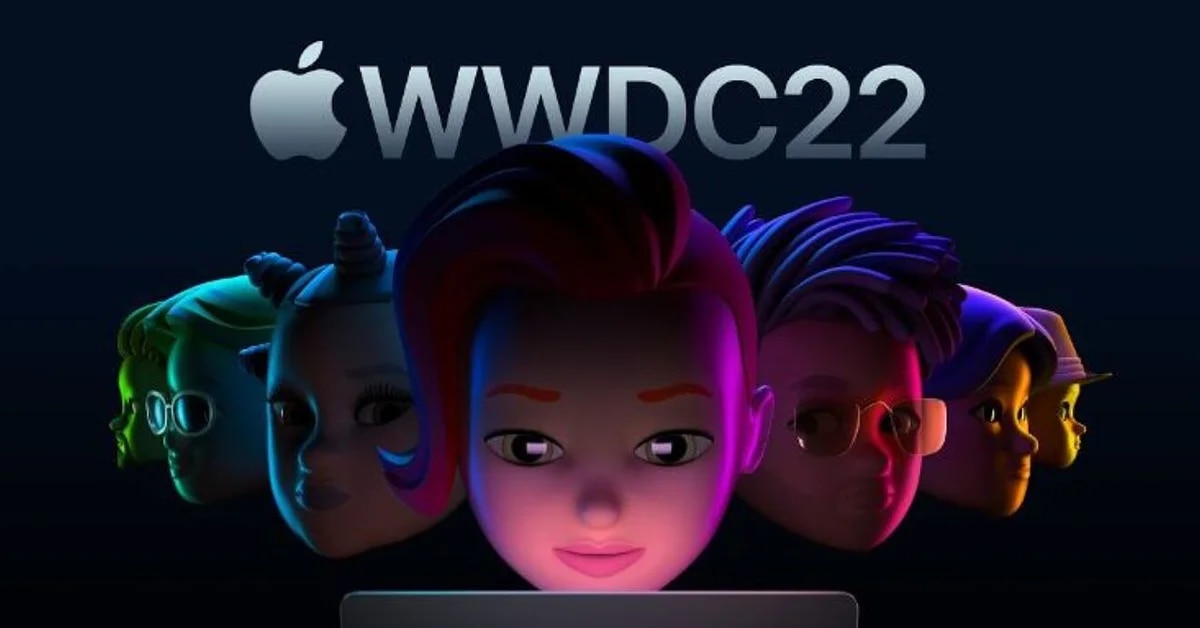 Like all Apple events since the start of the pandemic, this WWDC 2022 keynote was actually pre-recorded. That is, it will not be a live broadcast from California, United States, as it was before the pandemic.

1:09 p.m. Unlike the MacBook Air, the MacBook Pro has a fan that allows the new Apple Silicon M2 to run faster.

1:08 p.m. The M2 will also come to a new MacBook Pro, new, but inside, because it maintains the current design.

– The notch comes to the MacBook Air.

– New microphones and speakers (with support for Atmos).

– The new MacBook Air has no fan.

1:04 p.m. They will arrive in four colors: silver, space gray, starlight and midnight.

13:02. The new MacBook Air, they say from Apple, have been designed for the new M2 chips.

12:57. According to Apple, its performance is as follows:

12:54. Likewise, users will be able to scan the label of a drug with their iPhone camera to identify it and add it to a list.

12:53. Now, users will be able to receive alerts so they don’t forget to take their medicine.

12:51. Apple has created a program where some users will be able to take part in a study to better understand sleep. All this, because the Cupertino company wants to “increase its commitment to health.”

12:51. The watch will use its built-in sensors to further analyze your resting time.

12:49. Apple Watch also gets new workout types, and improvements for triathletes who can automatically switch between cycling, swimming, and running.

12:48. For users who want to get in shape, Apple has the news of Fitness. The Apple Watch will use the accelerometer and gyroscope to analyze the way a person runs and how long their feet are in contact with the ground.

12:45. Also, new complications arrive, a new interface for the Siri assistant, and a new way of displaying notifications.

12:44. The Apple Watch, thanks to WatchOS, now has new faces; among them, a lunar clock compatible with several lunar calendars.

12:42. Car data is now integrated into Car Play. “This is what the next generation of CarPlay will offer,” they say.

12:40. Personalization becomes essential in CarPlay. Apple says that users will be able to choose different groups of instruments and controls.

12:39. Time of CarPlay, which now has new controls including HVAC, speedometer and more.

12:36. And, unsurprisingly, ‘Home’ also benefits from changes to Widgets and the lock screen.

12:34. Apple mentions ‘Safety Check’. iOS receives a new section within ‘Settings’ that will allow you to quickly review and restore the access that has been granted to others. This launches a new user interface with new tabs. Also new categories for weather, security, lights and more.

12:33. Time to talk about privacy, one of the pillars that Apple has tried to strengthen in recent years.

12:32. Users now have a shared photo library on iCloud.

12:28. The Apple TV app now provides score and play information for some sports. These will also be available on the lock screen, with the new lock screen widget. ‘Live activities’. At the moment, it is available in the United States, United Kingdom, Canada and Australia.

12:24. Apple Pay also receives a great novelty. The function has been activated ‘pay later’, which will allow the user to split the cost of a purchase.

12:21. The application Purse of iOS also receives improvements. The app will be able to authenticate the identity of the users before applications that require it.

12:18. Apple has just announced an improvement in the dictation section. The keyboard now stays open when dictating a message, a user interface improvement that “promises to improve the experience of this feature.

12:13. Apple is also improving its function ‘concentration modes’, so that in addition to allowing users to control their notifications to avoid interruptions, it will allow them to choose a personalized home and lock screen.

12:11. The widgets in iOS 16 will not only be interactive, but as mentioned, they will also work on the lock screen.

12:10. Good news for widgets. Apple will allow developers to use a WidgetKit for your widgets to work on the new lock screen.

12:06. iOS 16 introduces a lock screen that allows more customization. It allows you to choose between different color filters, backgrounds and fonts.

In this edition of WWDC 2022 we hope to learn, as on previous occasions, new versions of the main Apple platforms. Between them: iOS 16, iPadOS 16, tvOS, macOS, watchOS 9, etc.

Rumors leading up to the event suggest that iOS 16 could bring some notable changes to the lock screen and notification handling. They also suggest that iPadOS 16 will bring big changes to multitasking.

On the other hand, there are also rumors about possible hardware announcements during this WWDC 2022. The main focus is on the Mac Pro with ARM processors. According to the latest rumours, the company also has other teams on its roadmap. These include an M2-powered MacBook Air, so even though WWDC is a developer event, that team could be featured at the ceremony.

Finally, many rumors suggest that Apple could introduce the long-awaited virtual reality headsets for the first time, or that the operating system will support them. If that happens, it will surely be one of the big announcements of the event.