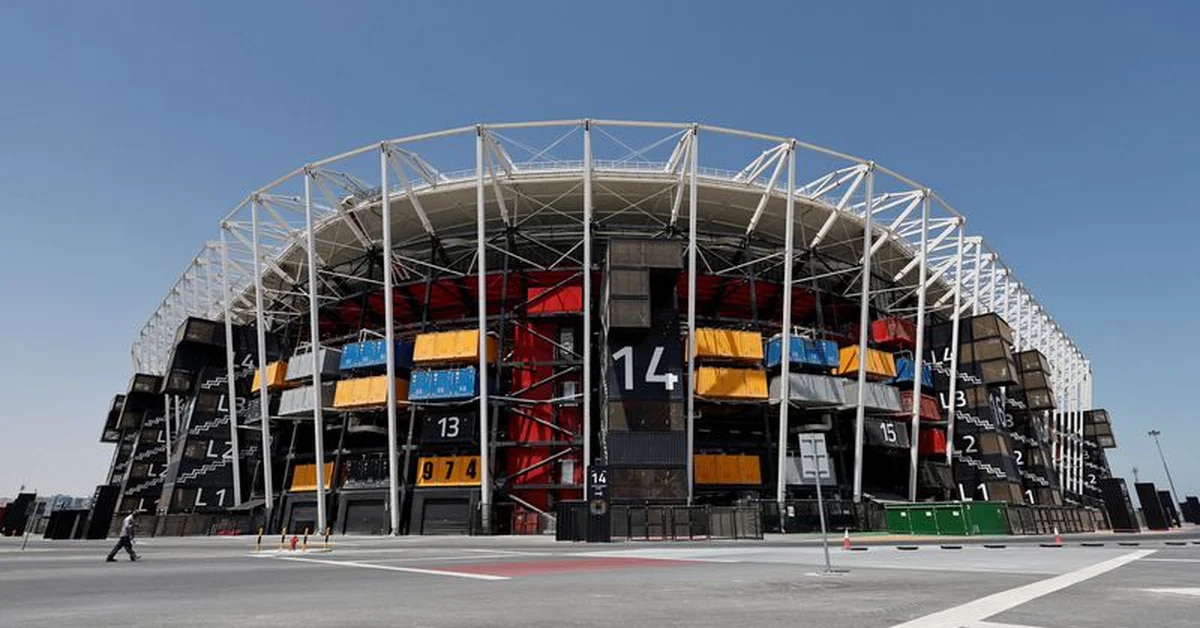 The world Cup celebrated in Qatar is giving a lot to talk about, and especially in terms of technology it means. It is the first to take place at the end of the year and above all, with completely innovative stadiums and many special features.

One of them is the Stadium 974. It is located in West Bay on the shores of the Persian Gulf, in one of the most industrial areas of Doha, where one of the most important power plants in the country is also located. The stadium, with capacity for 40,000 spectators, is built with containers of transportation and is the first portable stadium in the history of the World Cup.

The giant’s concept was designed by Fenwick Iribarren Architects, a Spanish firm based in Alcobendas, Madrid. The architects and the organization wanted to build something else that wouldn’t go to waste after the World Cup. And they did something very different.

It is a stadium made up of 974 containers of transport, a tribute to the industrial history and to the international prefix of Qatar (+974), with a very striking appearance and colours. It is the only stadium in the World Cup without air conditioning, but it is an open space with cross ventilation and close to the sea.

How was the construction process of this stadium

The construction of stadium 974, formerly known as Ras Abu Aboud Because of the area where it is located, construction began in 2017, much later than most other sports venues. The excavation of the land was completed in July 2019, when the first container shipment arrived in the country of Qatar. Some of the containers left China with the materials used to make its construction effective.

When these arrived on the Qatari floor, placing them was relatively easy. They came pre-cast from their place of origin and connected solely with steel trim, so each container stayed in place. Obviously, all of this made the build process much smoother and faster. In fact, several containers were connected in some places, removing walls to increase the space. 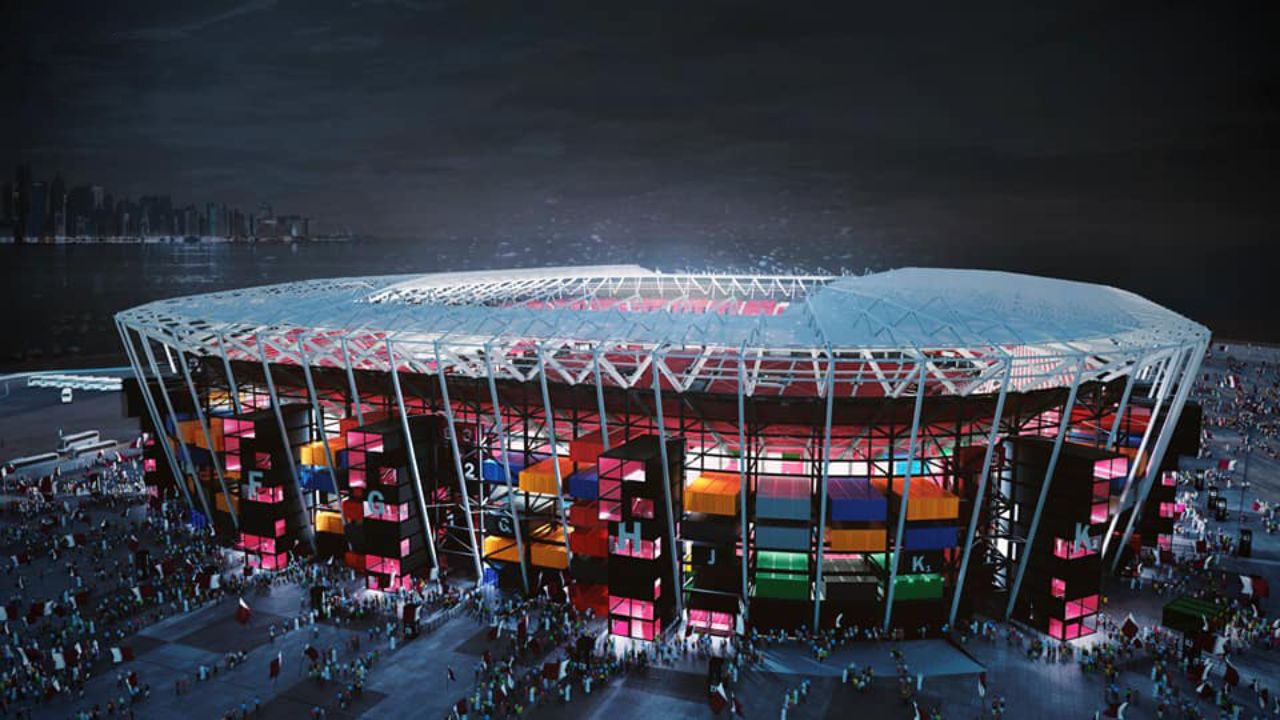 The colors of the containers have their own meanings

The colors of the containers were not chosen at random and each of them has its own meaning. The architects mark fenwick Y Javier Iribarren They wanted to give a unique and different touch:

– The corridors and passages to the stadium are reds;

– The security areas are green;

– And finally, the containers gray they are the prayer rooms of men. 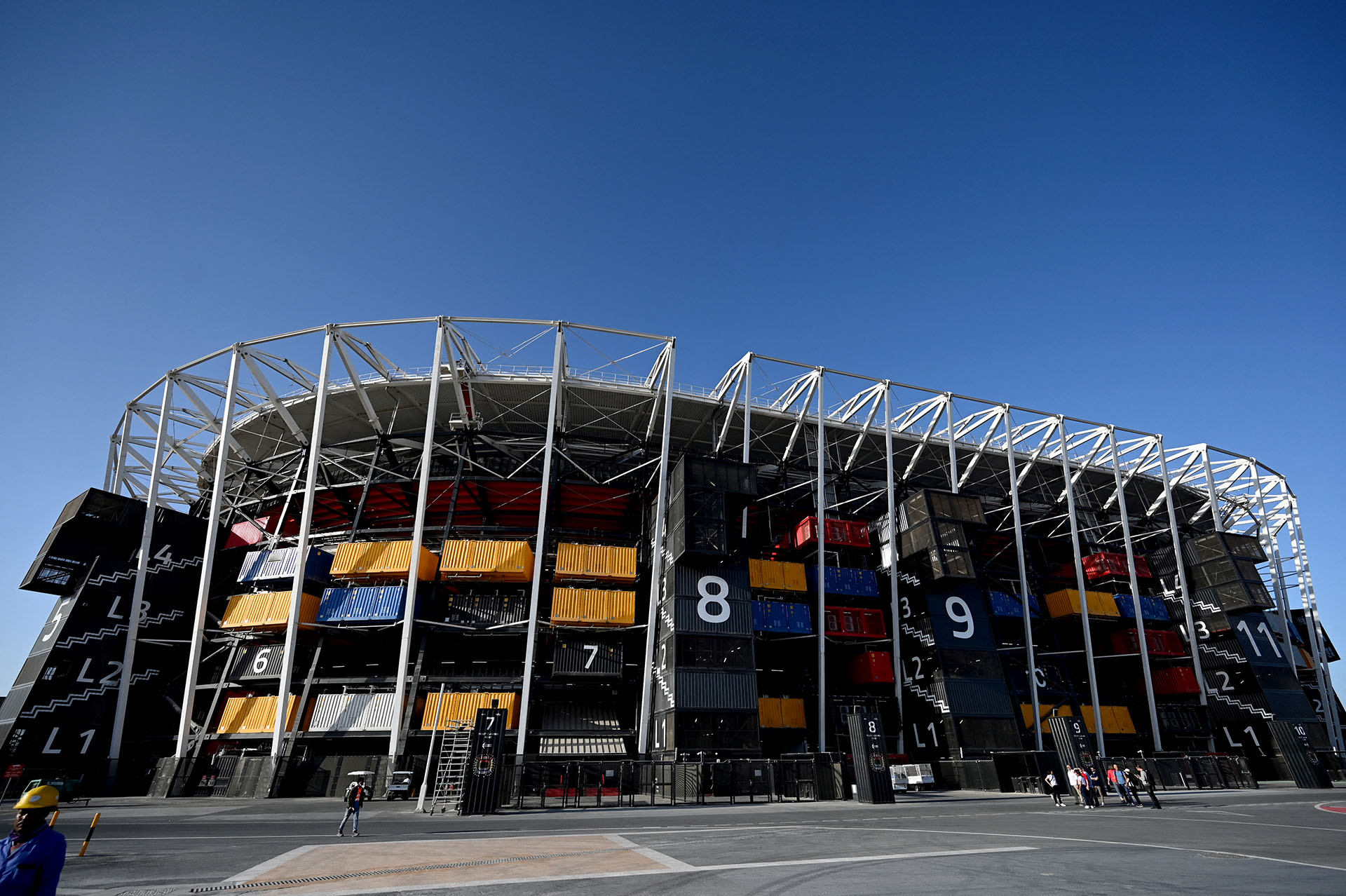 This photograph shows an exterior view of the Stadium 974 which will host matches of the FIFA football World Cup 2022, in the Ras Abu Aboud district of the Qatari capital Doha on March 30, 2022. (Photo by GABRIEL BOUYS / AFP)

In addition, each container has a QR code for identification and positioning and orientation for easy assembly. To all this is added that it is a stadium that can be dismantled after about 8 months, which will be the same in another place according to the indications of the architects.

It doesn’t necessarily have to be the same shape or size, as the containers can be combined in different ways to enjoy different sports that don’t have to be football related. In this way it was possible to meet the criteria of sustainable development, because it was easy to transport and assemble in other places.

The end result was that the stadium received a four-star certification from the Global Sustainability Assessment System (GSAS). The land on which this World Cup stadium was built had to be disinfected after years of industrial use.