The video game industry is going through the problem of hypersexualizing women, showing characters with semi-naked bodies and exaggerated anatomical shapes. According to the Educational Research and Documentation Center (CIDE) and the Spanish Women’s Institute, four out of five female characters show unreal physical proportions, which are also dressed in semi-transparent and insinuating costumes.

In this situation, Guarana developed an initiative with three female gamers from Peru so that they, together with a specialized team, could design their own characters in the video game COREfeeling fully identified and represented with the avatars.

In this way the project was born. “In my Skins”with gamers Diana Pomar (@dianapomarr._), Mariana Fulle (@i_marie02) and Julisa Li (@la_chinex), who shared with the Guaraná team how they would like to see themselves represented in their CORE avatars, highlighting the priority of look comfortable, with powerful powers and weapons.

Just like them, the brand is looking for more women to use these ‘skins’ and to generate a conversation about this problem, motivating the great gaming empires to understand that the design of their avatars influences the thinking and behavior of the new generations.

“The gaming industry, like many others, is mainly led by men. In many of the video games women tend to be hypersexualized, this is why many girls who like to play end up using male characters or simply prefer not to play. Guaraná seeks to create a movement where gamer girls feel represented and comfortable playing video games, it seeks to break with the imposed stereotypes and create a more inclusive community”highlighted Alessandra Alegría, Guaraná Marketing Lead.

This initiative, carried out in conjunction with the agency Ogilvy, had a development period of 8 months that involved prior research, programming, 3D design and creation of special worlds. CORE was chosen because it is an online platform with more than a million players worldwide and that allows anyone to customize their worlds and characters, thus managing to host the three ‘Skins’ developed and bringing them closer to more women gamers for free. 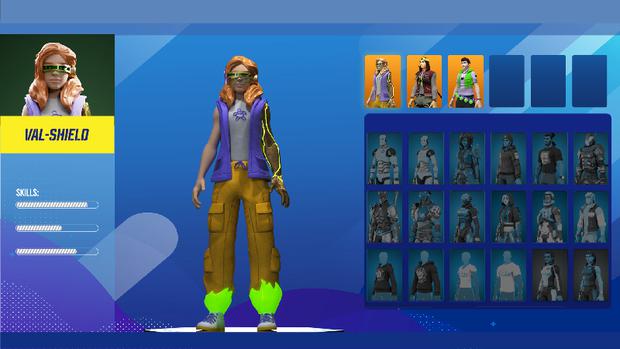 Designs created by the initiative in Core

With “In my Skins” Guaraná seeks to continue building more inclusive communities both within gaming and in any other territory where some type of prejudice or stereotype is present. The ‘Skins’ are already available in Core and gamers can enter Guarana’s website to access and play with them, while helping to build a new movement in this industry.

If You Have One of These iPhones, It Will Be Obsolete Soon