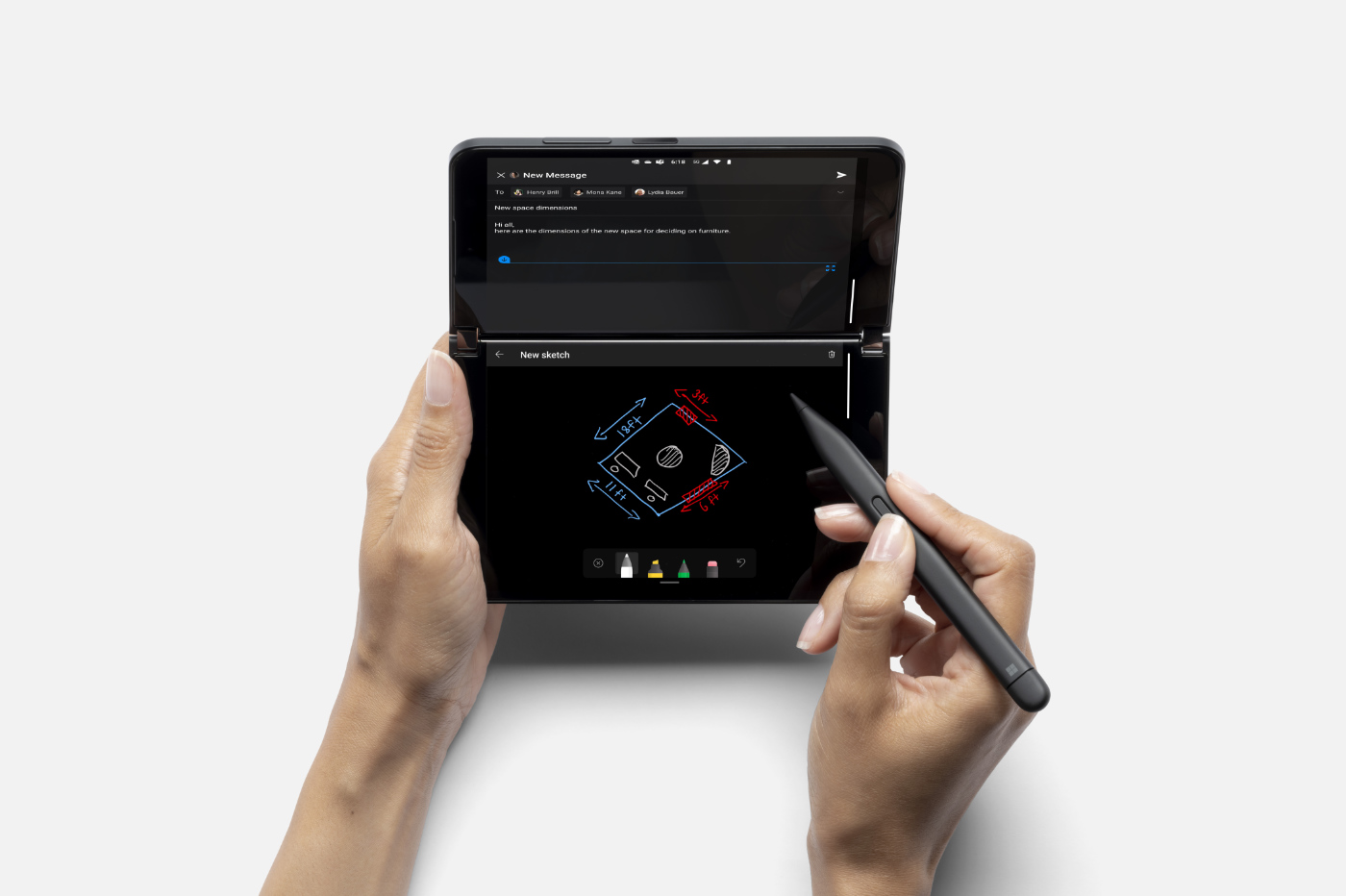 Microsoft has always been interested in smartphones. But unfortunately, the Redmond firm has never managed to impose its Windows Mobile OS against iOS and Android. And after abandoning this mobile version of Windows altogether, the company launched itself into Android smartphones.

To distinguish itself from other models of the competition, the Surface Duo and the Surface Duo 2 adopt an atypical format. Indeed, these devices have two screens hinged on a hinge, and are halfway between classic smartphones and folding smartphones like the Galaxy Z Fold 3 from Samsung.

But now, Microsoft would be interested in real folding smartphones. In any case, this is what is suggested by an article published by our colleagues from Android Authority, which relays a patent application from Microsoft.

The document would describe a technology that the company could use in order to produce folding smartphones that would eliminate one of the main drawbacks of this type of device: creases.

Indeed, according to the explanations of Android Authority, the process imagined by Microsoft would use a configuration which, while facilitating the folding, would avoid the traces of folds. The document would indicate that one of the advantages of the method is that it allows the screen to “rotate freely at various angles and orientations while presenting substantially uniform and smooth surfaces in various bent and flat orientations. »

So, will the next Surface Duo have a foldable screen instead of the dual screen?

For the moment, nothing is certain. Indeed, the existence of the patent does not indicate that a product using it is under development. But what is certain is that Microsoft is interested in folding smartphones.

And that’s okay. While its Surface Duos do not seem to appeal to the crowds, Samsung’s foldable screen smartphones are a hit.

In 2021, the Korean giant saw its sales explode. According to its data, shipments of folding smartphones have quadrupled compared to 2020 volumes. And Samsung expects the market size to grow 10 times by 2023. General public.

On the other hand, more and more manufacturers are interested in folding smartphones. While Xiaomi and Oppo have already made their smartphones with foldable screens official, rumors suggest that Google could also launch a model called Pixel NotePad by the end of the year.

It is therefore quite logical that Microsoft is also interested in this format. But as mentioned above, for the moment, there is nothing to confirm that the successor to the Surface Duo 2 will be a smartphone with a foldable screen.

Note also that even Apple would be interested today in foldable screens. However, the Cupertino company would not launch a foldable screen product before 2025.