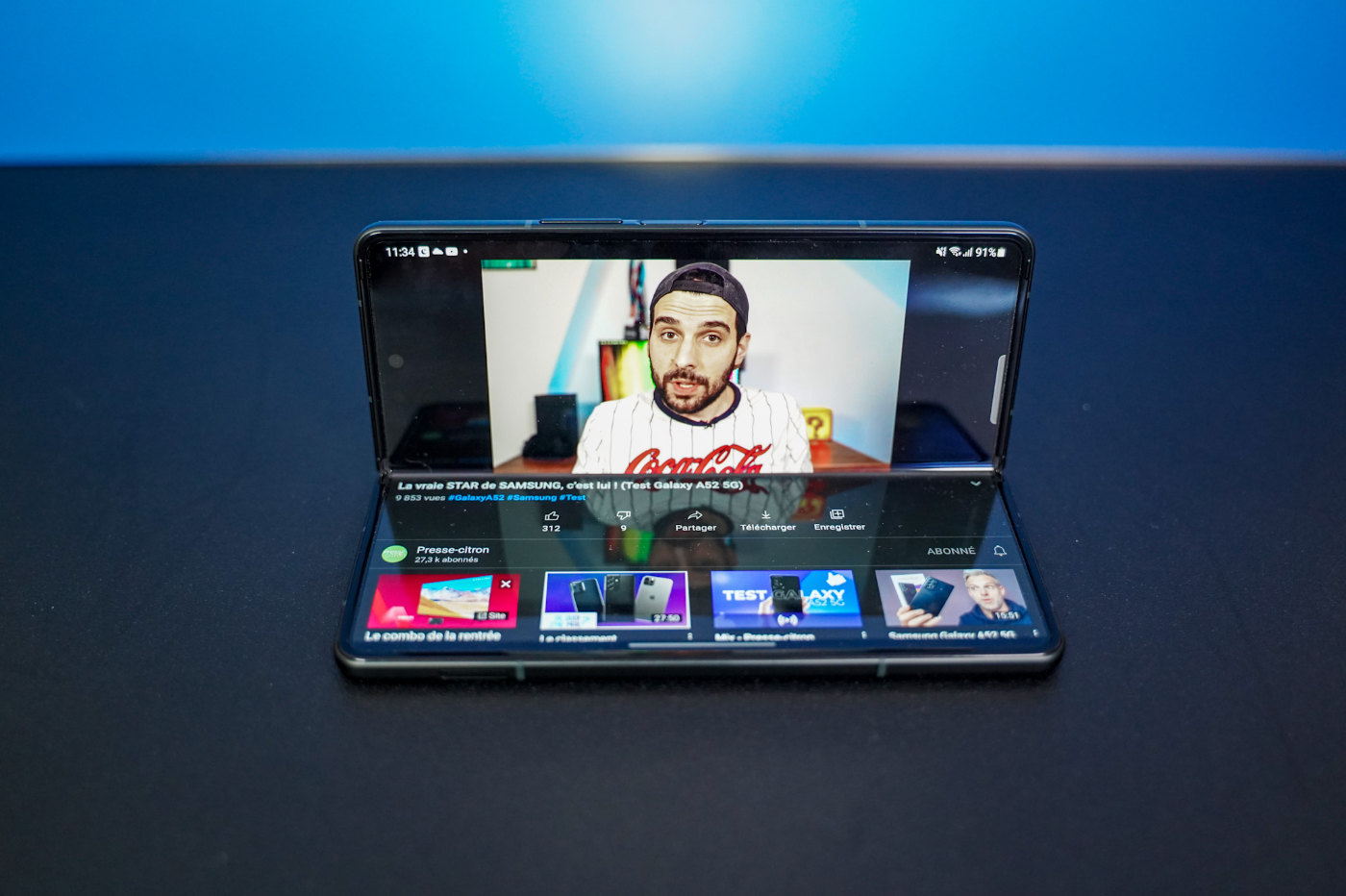 Our colleagues from Android Police are reporting information on the likely price of the Galaxy Z Fold4, Samsung’s next large-format foldable smartphone. The device should be unveiled on the sidelines of an Unpacked conference to be held during the month of August. However, an element comes to invite itself into the arena: first, Samsung like all its competitors are dependent on the global shortage of components which increases the price of certain chips.

Especially memory chips. Second, Samsung now seems to consider the 512GB maximum internal storage to be insufficient for the product category – there’s no question of bringing back the microSD slot. As a result, the manufacturer would have decided to raise the internal storage options, with a maximum capacity going from 512 GB to 1 TB.

In such a configuration the selling price of the device could easily exceed the threshold of 2000 dollars (probably also in euros). Which would make it the most expensive foldable smartphone ever launched by Samsung: the first Fold was offered around $1,800, and the Galaxy Z Fold3 512 GB is currently offered at nearly $1,900 (or €1,799).

Foldable smartphones are indeed designed as a kind of midpoint between traditional smartphones, tablets, and computers. The product makes you want to consult multimedia content in all places and situations. But also to store, for example, video rushes for editing on a device that literally fits in your pocket.

However, currently memory chips are particularly impacted by logistical difficulties at the global level. Especially since they have always been relatively expensive to manufacture, especially with technologies like UFS 3.1 or 4.0 which allow read/write speeds to explode. In itself, it is even these technologies that are advanced to justify the disappearance of the microSD slot.

Transfer speeds are simply no longer comparable, and to maintain a smooth user experience, Samsung like Apple and other manufacturers believe in pushing customers to buy an amount of super-fast internet storage comfortable enough for their use. .