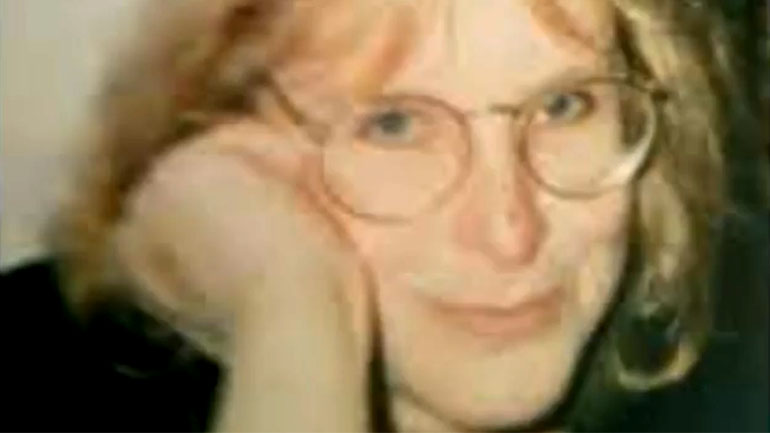 Jude Milhon, one of the creators of the cypherpunk movement

It is known as cypherpunk to digital activists who focus on protecting the privacy of users based on the use of cryptography. The term “cypherpunk” is a combination of “cypher” or encryption and “punk”, which refers to a countercultural movement.

The first to use this term was Jude Milhon, known as “the holy protector of hackers”, who dedicated her life to fighting to protect the privacy of users in the digital age. In the 1980s, people began to talk about the importance of carrying cryptography to the world of information technology to take care of security in a context where it was anticipated that digitization was beginning to advance and with it the challenges in terms of privacy and security.

Milhon, who taught herself to code, was one of the founders of the movement. She wrote some books about this group that emerged in the context of the thriving digital world, including Cyberpunk Manual: The Real Fake Cyberpunk Book Y Hacking the Wetware: NerdGirl’s Pillow Book. The cypherpunks argued that privacy in an open society required the use of cryptography (photo: One a day)
[article_mb_code]

With the advent of Internet this fight became deeper there and the cypherpunks became more relevant. In this group the discussion focused on cryptography, technology and privacy.

Politics, for its part, cut across these interests since the fight for privacy was also a fight to put in the hands of users the decision regarding whether or not to share their data.

The idea was to decentralize and avoid falling victim to the surveillance of governments and large companies that were believed to be able to use information technology to accumulate more and more power and exercise control over citizens. 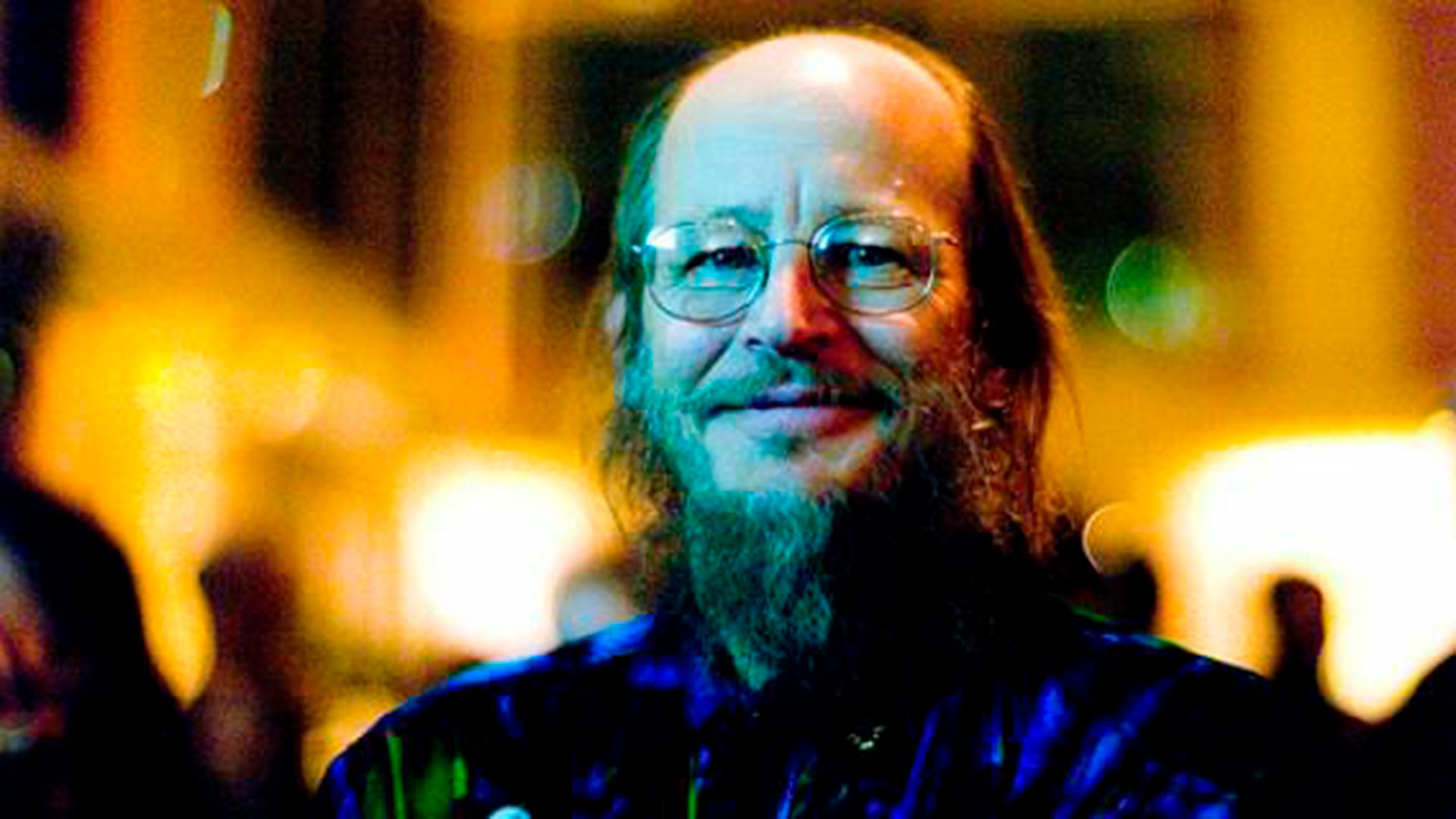 John Gilmore is one of the founders of the Electronic Frontier Foundation and the Cypherpunks (RTVE) mailing list.

Eric Hughes and John Gilmore, who even participated in the elaboration of the cypherpunk manifestowere also part of this group that continues to this day and has been adding more followers along the way.

The book Cypherpunks: Freedom and the future of the internetwritten by Julian Assange in 2012 focuses on dialogues with cypherpunks Jacob Appelbaum (one of the creators of the tor project), Andy Müller-Maguhn (member of the Chaos Computer Club group) and Jérémie Zimmermann (founder of Quadrature of the networka group that defends fundamental freedoms online). 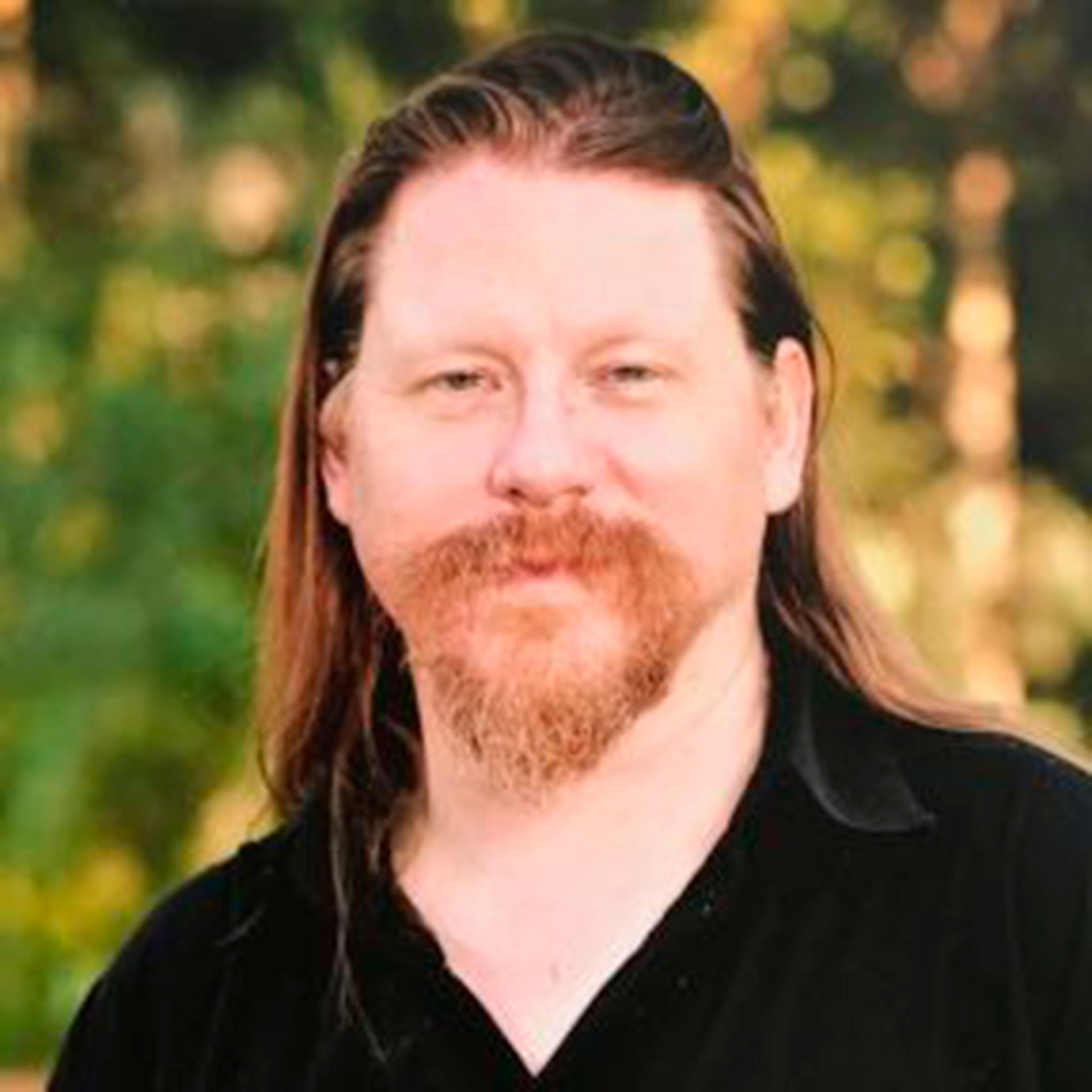 Eric Hughes is considered one of the founders of the cypherpunk movement.

In line with the thought that emerged back in the 1990s, the use of cryptography is mentioned as the only alternative to escape the control exercised by states and companies on the Internet.

Ralph C. Merkle is another code name in this fight as he is one of the inventors of public key cryptography.. And this technology was a key tool within the cypherpunk movement. Another important character in this story is David Lee Chaum, who developed many cryptographic protocols, as well as ecash and DigiCash. 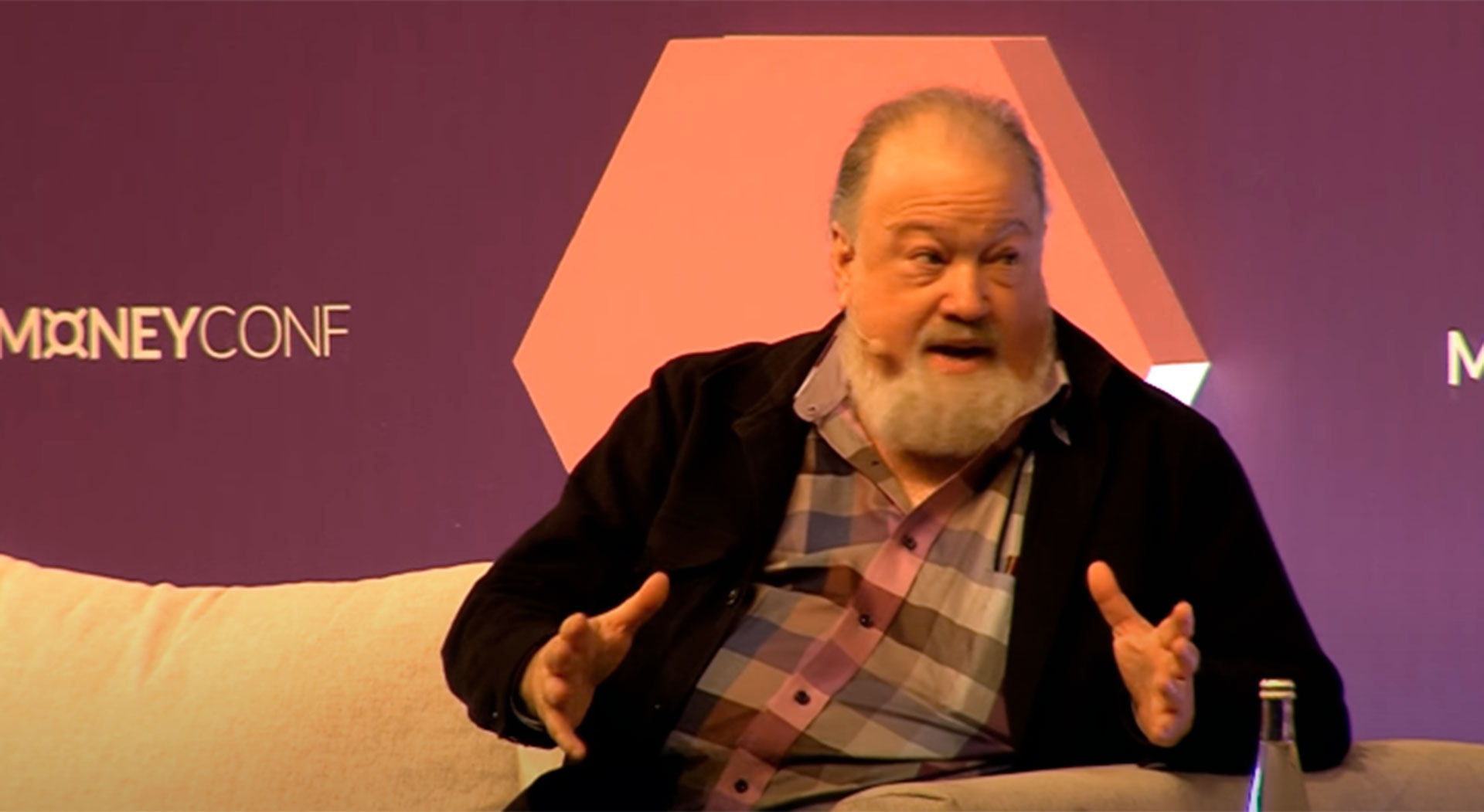 David-Lee-Chaum is known as a pioneer in developing the foundations of secure digital money.

In the 90s the Internet already existed and although its use was still limited, this movement warned that it was advancing in the future and if the use of cryptography was not configured as the main tool to care for the anonymity of users, they would be left vulnerable to a network of networks that would function as a kind of digital Big Brother where everything could potentially be exposed.

At that time it was used to have virtual debates through mailing lists and from the many that circulated, the Cypherpunks mailing list emerged, which was created in 1992. It was the space where scientists, programmers, researchers and civil rights defenders expressed their ideas. Among them were John Gilmore, Jude Milhon, Adam Back, David Chaum, Eric Hughes and Tim Berners-Leeknown as the father of the web.

The list of cypherpunks was the space in which “The cryptoanarchist manifesto” emerged. written by Eric Hughes and which can be accessed here. Some phrases that appear in that text and that make clear the philosophy of its members:

“Privacy is necessary for an open society in the electronic age.”

“Privacy in an open society also requires cryptography. If I say something, I want only those to whom I am addressing it to hear it. If the content of my speech is available to the world, I have no privacy.”

“We cypherpunks are dedicated to building anonymous systems. We are defending our privacy with cryptography, with anonymous mail forwarding systems, with digital signatures and with electronic money.”

“Cypherpunks deplore regulations on cryptography, as encryption is fundamentally a private act. The act of encryption, in effect, removes the information from the public domain.”

this movement was the seed for the emergence of foundations such as the Electronic Frontier Foundation (EFF), whose founders include early cypherpunk Gilmore. This San Francisco-based nonprofit organization is dedicated to protecting free speech rights, such as those protected by the First Amendment to the United States Constitution, in the context of today’s digital age.

Also from there emerged Open Privacy, based in Canada, which conducts research in order to promote privacy and anonymity in relation to computing. 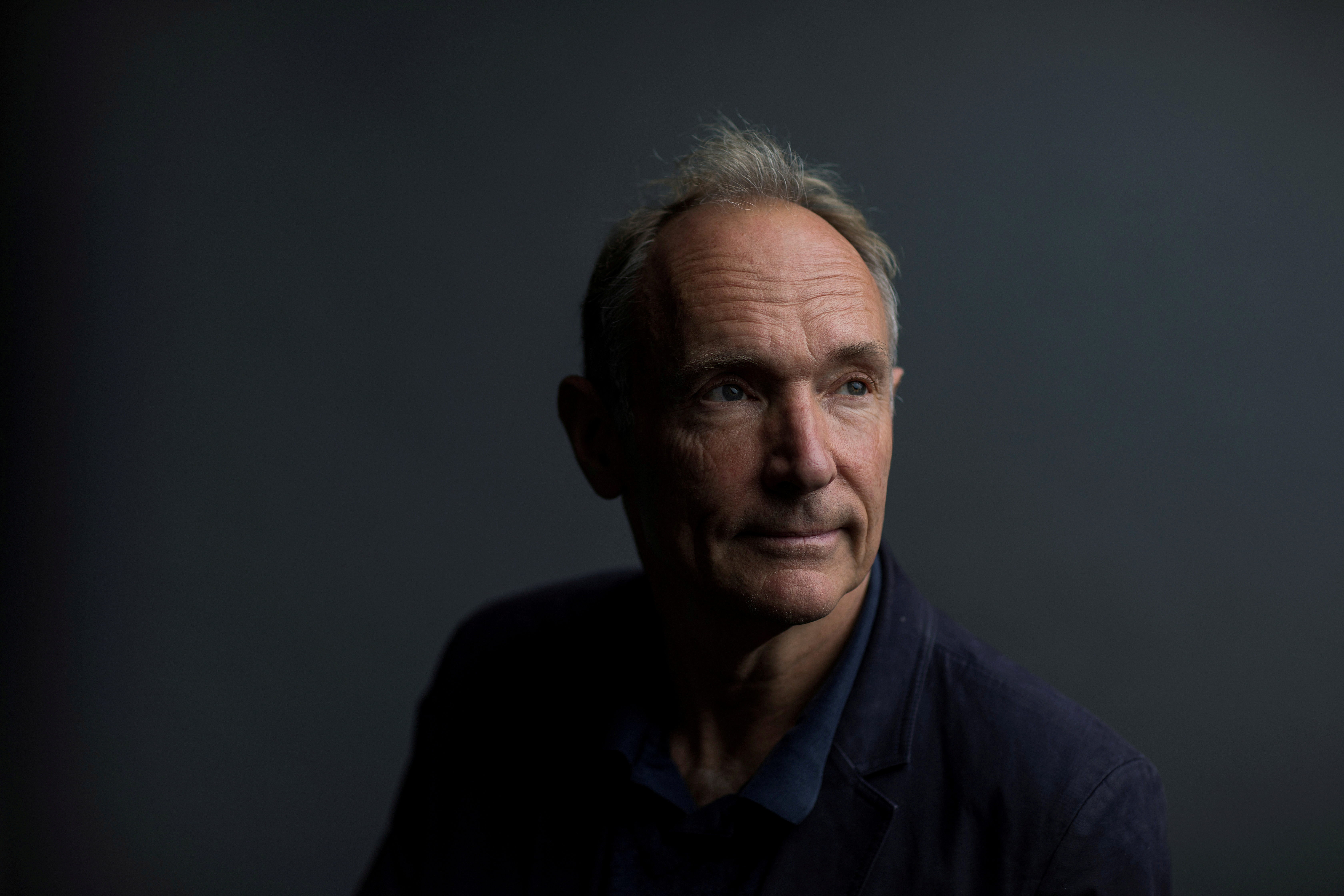 Tim Berners-Lee, known as the father of the web (REUTERS/Simon Dawson/File Photo)

Forerunners of the crypto world

This group also laid the foundations for what would become the blockchain and the cryptocurrencies. The idea of ​​migrating towards a more decentralized world where power is not in the hands of a few but in society, in a decentralized way, is one of the basic concepts of the cypherpunk philosophy. In fact Chaum, a reference to the beginnings of this movement, is considered one of the creators of the foundations that led to cryptocurrencies. He was one of the first people to develop tools to protect privacy in asset transfers.

The cypherpunks advocated using cryptography as a resource to ensure user privacy. and they wanted this tool to be available to the general public. They warned from the beginning that this technology constituted a fundamental right and could not be centralized in the hands of the government or a few companies. 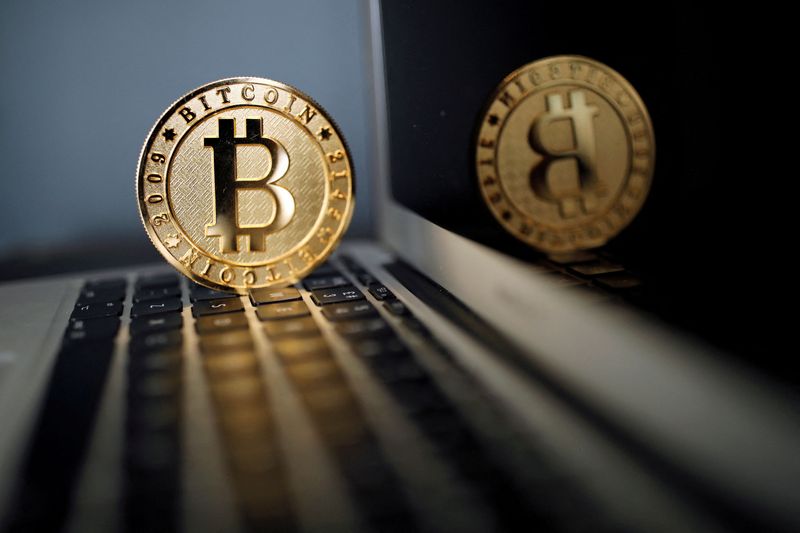 They sought to raise awareness about the importance of encrypting data and using this technology in online transactions. They were precursors of the crypto universe as well as different secure remote access protocols (SSH protocol). They formed the basis for the generation of organizations like EEF that continue to fight for the right to privacy to be respected and for users to choose what data they want to share or not.

It was the space where great referents of the digital universe emerged, among them Tim Berners-Lee who has spent years fighting for the opening of the web and the right to net neutrality. In fact, a few years ago he created Solid, an open source project that seeks to allow each user to decide where the data they share on the network is stored, who can see it and what applications can access it.

Apple: USB-C on products other than the iPhone?

The metaverse could contribute 2.8% to global GDP in its first decade