The notification will prompt users to set a 6-digit security key.

A new update to the beta version of WhatsApp will enable users an additional security option to prevent the theft of their accounts in the platform. The activation of the two-step verification in the app for devices Android could be added in future versions.

According to the WABetaInfo website, this new layer of security for the accounts of the app Messaging will ask users to establish a 6-digit password to protect the privacy of the profile of WhatsApp if they have not yet activated it from the application’s options menu.

The notification that will use the platform The instant messaging message will occupy the entire screen to attract the user’s attention and will indicate that “for greater security, configure the verification in two steps”. The message it would also indicate how this feature will be applied on your device. “With the check in two steps, you will use a PIN together as a code SMS when you migrate your WhatsApp account to another phone”.

Although it is true that the security is important for platformwhich is why the developers started the beta testing phase of this feature, the new notification will display “set now” and “skip” buttons, so this feature will be presented as an option and not as a requirement essential to protect the account of the users.

If the person receiving the notification decides to skip it in the first place, but would later be interested in using the verification in two steps, they only have to go to the menu Configuration or WhatsApp Settings, press the Account submenu and enter the option of Two-step verification.

The key code that is established may be requested later within the message application as a key unlockbut it will not be constantly requested during the use of the platform but will appear eventually.

In the event that the user wishes to establish a new verification key in two steps, he must perform the same steps:

– Open the menu Settings or Settings

– Press the submenu of Bill

From the function menu two-step verification users will also be able to deactivate this feature, although it is not recommended for security reasons, in addition to modifying the Email address linked to the bill.

What to do if you receive an unsolicited verification code

Yes WhatsApp detects that someone is trying register a number phone, it will display a notification on the cell phone. when it opens WhatsApp, you will also see a warning window in the middle of the screen. The message which will be displayed on the screen device indicates: 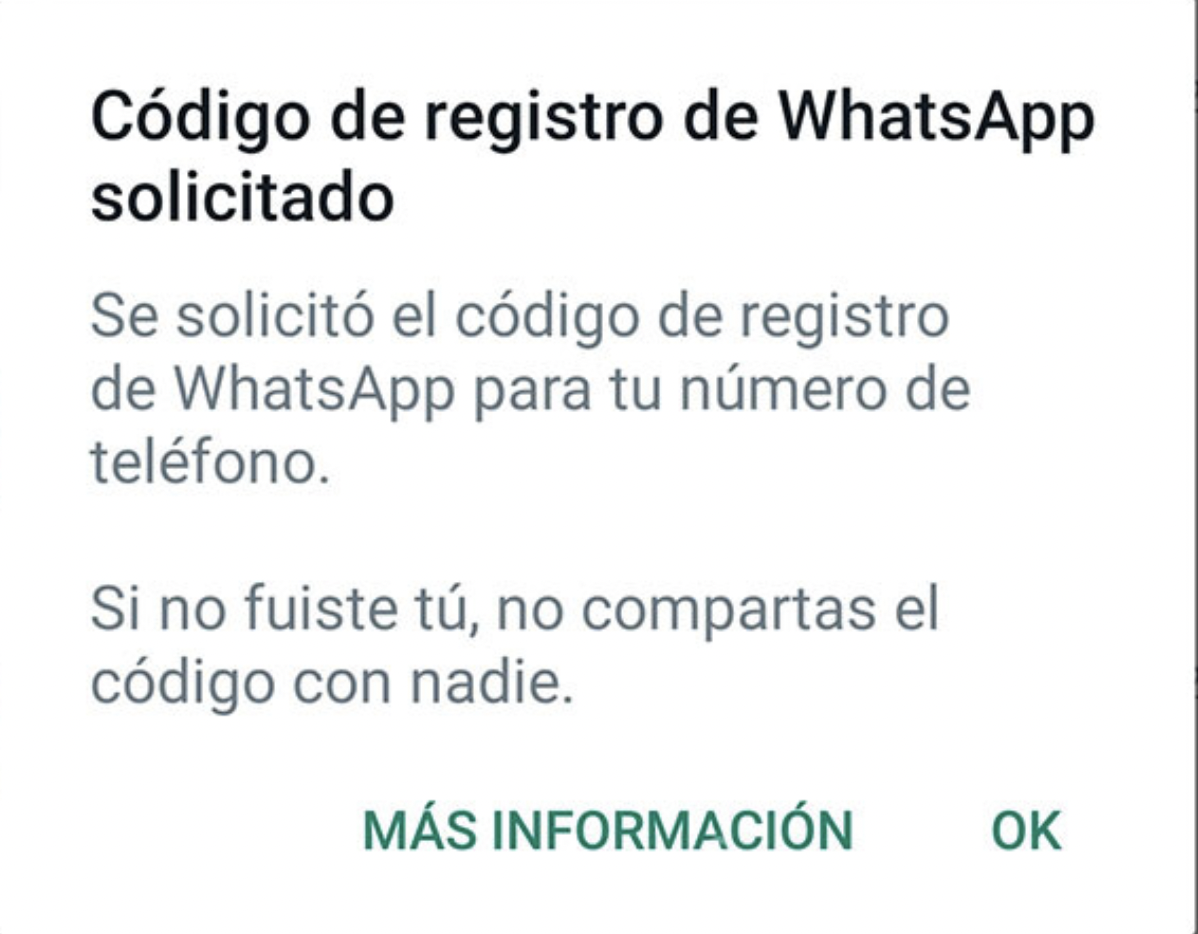 If the user receives this message it is a clear sign that another person entered another number and would be trying to steal the account of the original user of WhatsApp. However, the appearance of this notification it does not represent a confirmation of the theft. The original user of the account can reject this registration.

In order to do so, according to the section on Aid of the platform, is to ignore the message and not share the verification code that has been sent on device through a SMS.

In addition to the message, if another person writes or calls the user and indicates that they need this code, it means that it is the cybercriminal who is speaking and therefore requires the SMS code to complete his attack, so this request should be immediately ignored.

210 watts is the new level of mobile speed stitching

The Redmi Note 12 launched with 200 megapixels