WhatsApp established a new record on the final of the FIFA World Cup 2022 where Argentina was the champion. mark zuckerbergthe CEO of Goalannounced that they were sent 25 million messages per second using the instant messaging app during the sporting event.

“WhatsApp also reached a record of 25 million messages per second during the final”, can be read in the magnate’s publication on his official Facebook account.

The creator of Facebook It has also revealed that a carousel by the Argentine, Leo Messi, has been crowned as the publication with the most ‘Likes’ in the history of instagram.

To the publication that Zuckerberg refers to is a carousel of 10 photos taken after Argentina defeated France in the hard-fought final of the Qatar 2022 World Cup. The publication has reached almost 67 million of ‘Likes’ in just two days.

Thus, his post has dethroned the one who had held the record for almost four years, with a lot of difference compared to the rest of his rivals: the world record for egg either @world_record_eggwith 57 million ‘Likes’.

With all this news about the records that the Argentine ’10’ has broken, it is better to recap in the order that the milestones have been happening. First, on Monday, December 19, it was said that ‘Leo’, with the aforementioned photo on Instagram and that by then he had around 43 million likes, he had become the athlete with more Likes in the history of this social network. 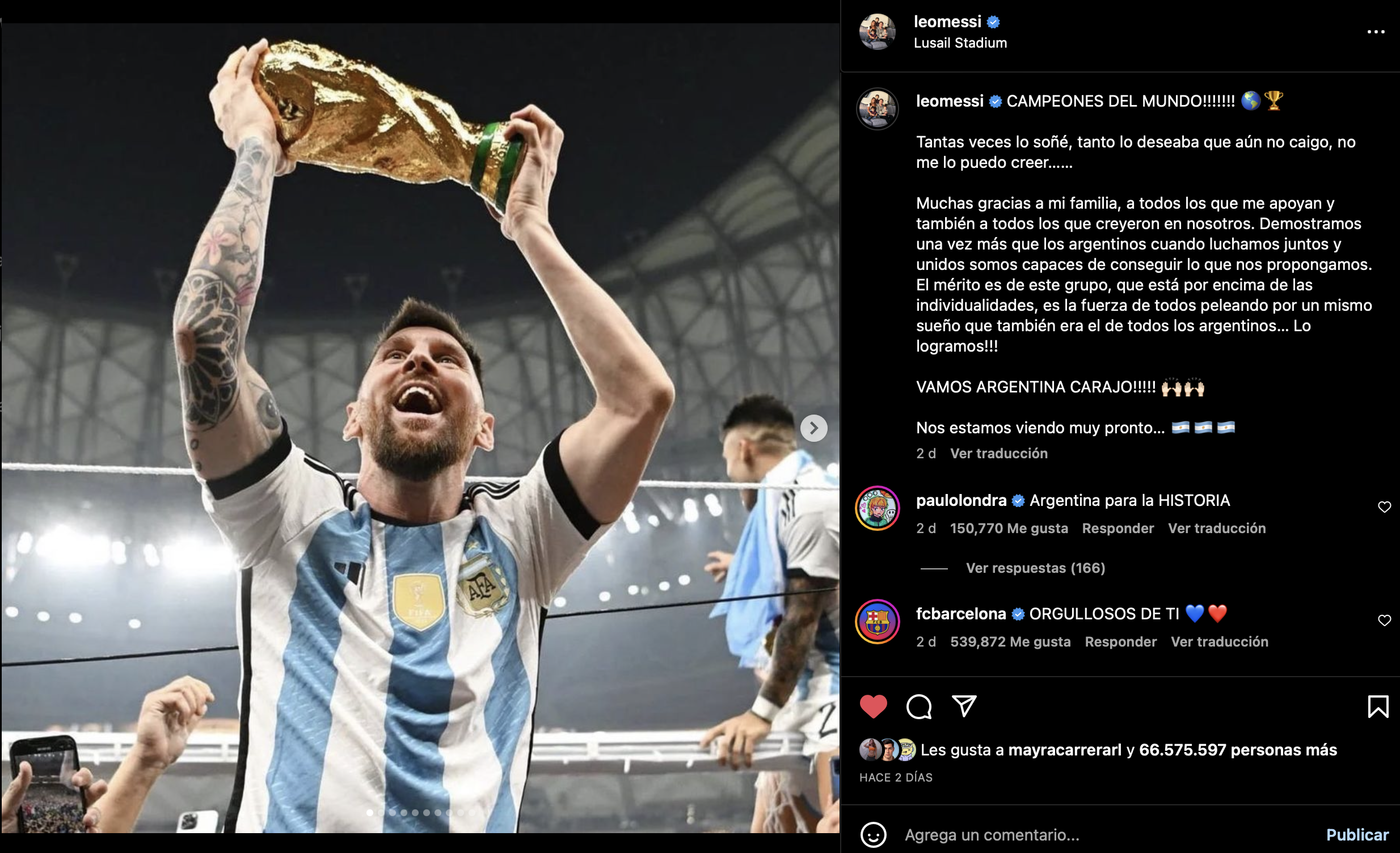 By that time, I was just over it. Cristiano Ronaldo (as an athlete), with a publication that appeared with Lionel Messi playing football Chess in a Louis Vuitton campaign, but uploaded by the footballer Portuguese. The photo with the most ‘likes’ on the social network was still that of the egg.

Hours passed, and the ‘Likes’ continued to increase for the photo of Messi celebrating winning the World Cup with the Argentine team.

Well, at the time this article is published, the image of Lionel Messi has precisely 9,152,864 more ‘likes’ than the image of egg, which since it was published on Instagram accumulates a total of 57,474,723. Undoubtedly, these figures will continue to rise. 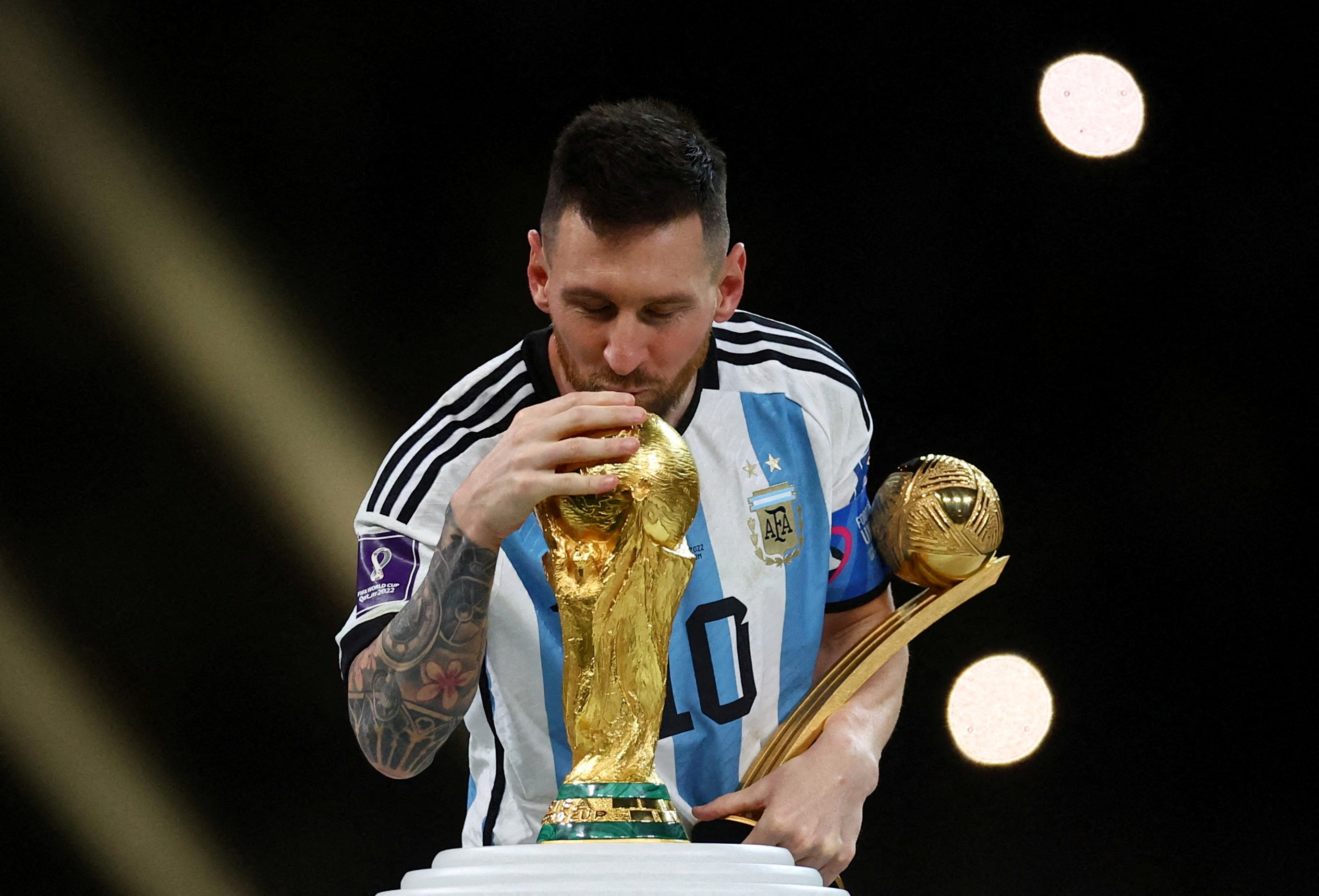 Why an egg was chosen to get so many likes

The account of @world_record_egg It was created with the sole purpose of becoming the image with the most ‘Likes’ in Instagram history. And he did it in just 9 days, but not only content with breaking the record, the image (at the time) almost tripled the second position in the ranking (a photo of Kylie Jenner that he showed his daughter).

In February 2019, whoever was behind the famous egg photo revealed his true identity to the New York Times: the author was a young British publicist, Chris Godfrey. And why did she have the great idea to choose a egg? As he told the aforementioned outlet, “an egg has no gender, race or religion. An egg is an egg, it is universal. As for many football” 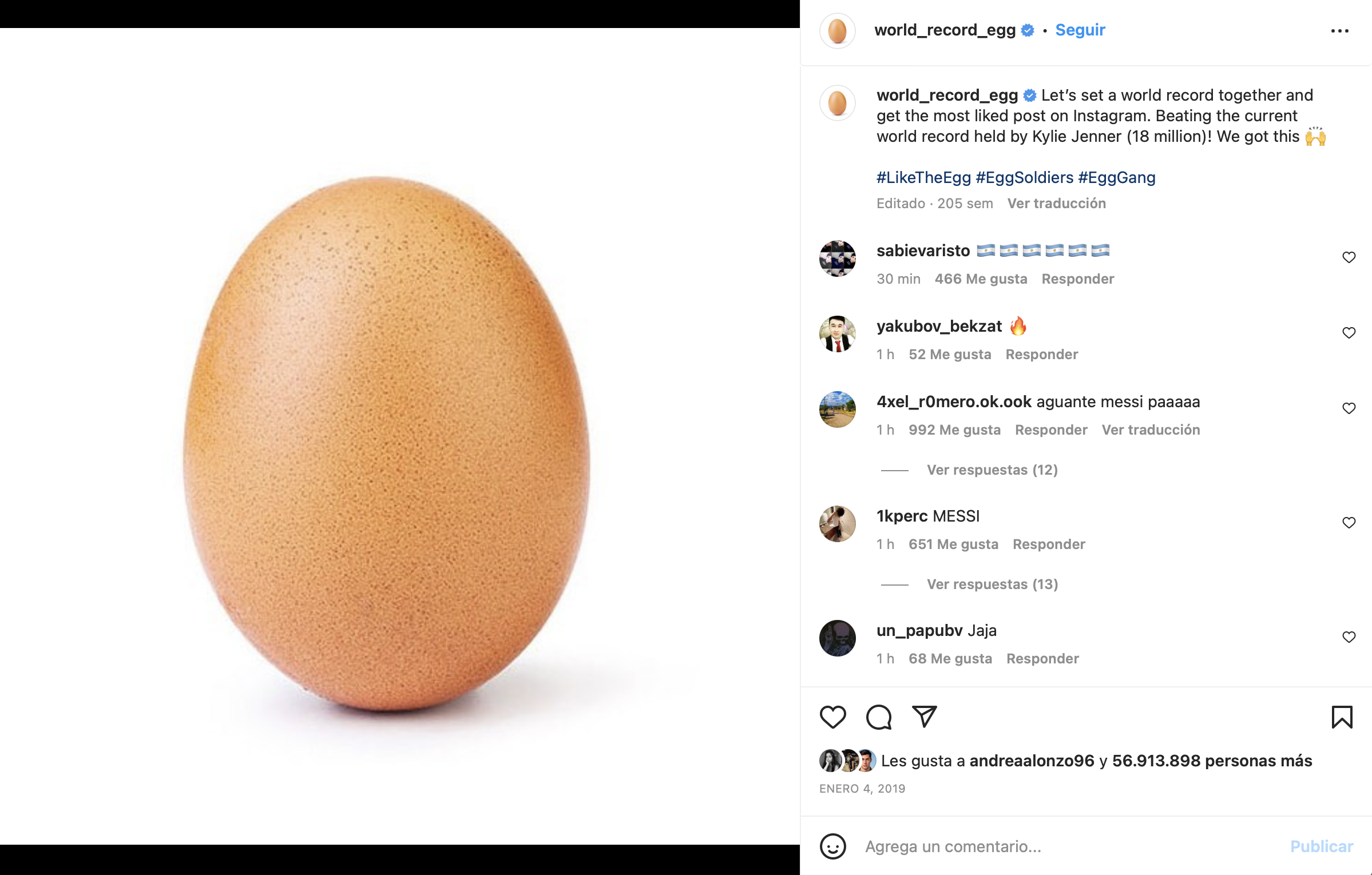