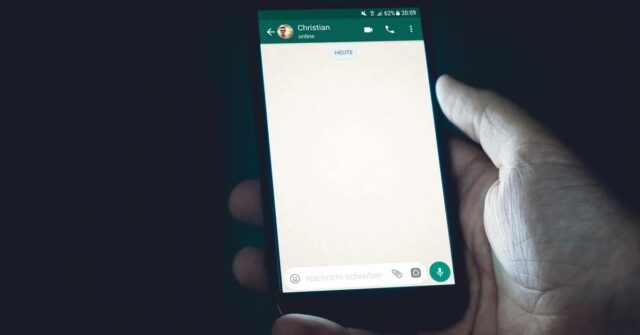 December 28 is known in several countries around the world as the Day of the Innocentsa party of biblical origin and which is taken to make jokes among friends and family, such as the traditional blank message in WhatsApp.

Sending this content to a person can be taken as a ‘mistake’ by the platform and make them believe that something is wrong, but in reality it is a trick that simply sends a message without any text.

Sharing this joke does not do any harm and it is simply a way of joking during this date that is celebrated in countries like Argentina, Colombia, Venezuela, Mexico Y Guatemala in Latin Americabut which extends to other nations in Europe What France, Spain and Germany. 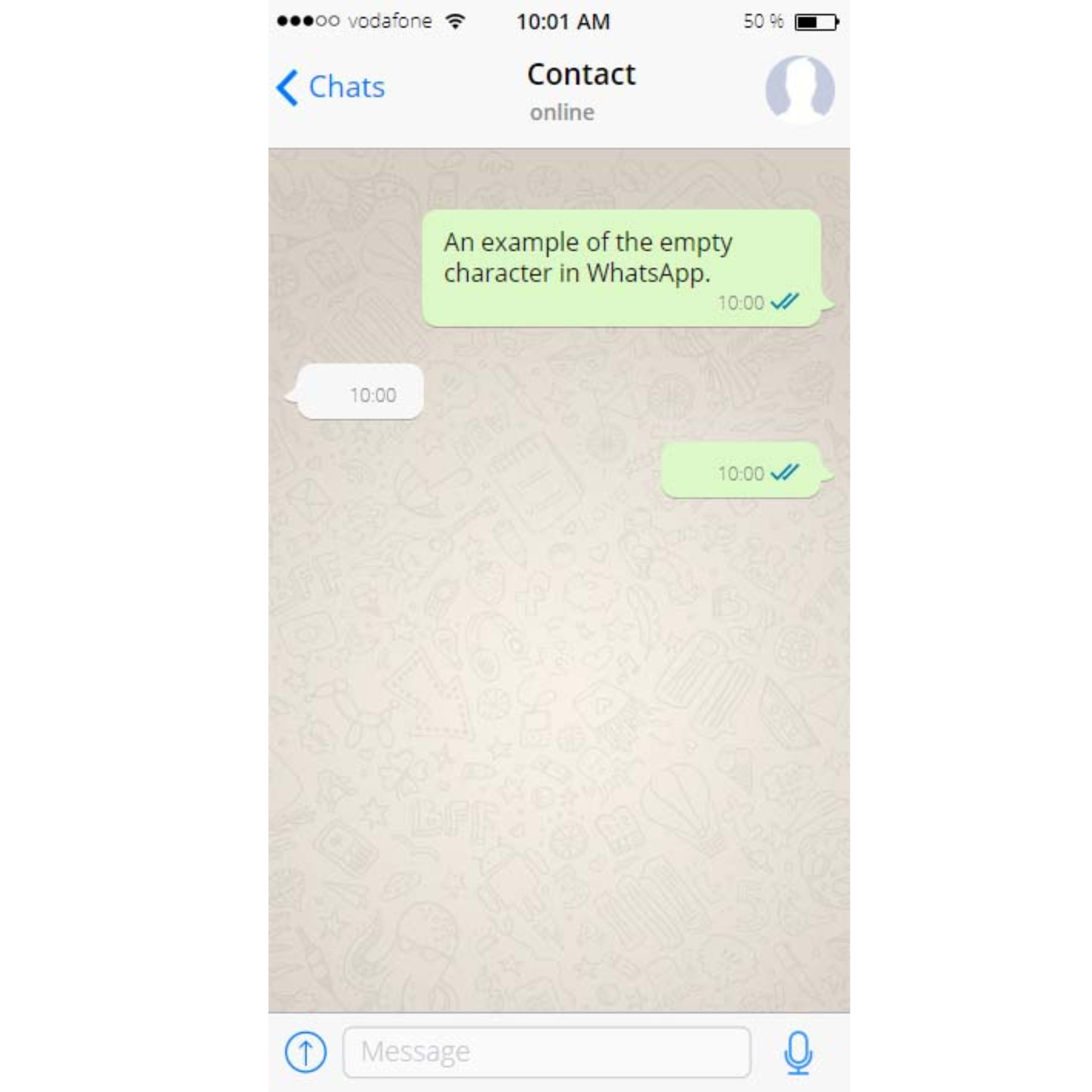 To send this content the process is very simple. The first thing to do is enter this page: emptycharacter.com, copying the link and pasting it into the browser, either on your cell phone or computer.

Upon entering, a first option will appear to copy the blank message, which will be saved on the clipboard.

Then you have to go to the chat in WhatsApp of the person to whom you want to prank, to paste the message in the text box and send it.

The other person will simply get a blank space in the box and we will receive the double verification of the shipment, in addition to the reading confirmation, in case it is activated.

This process must be done like this because the application does not allow you to directly create blank messages to send to others, so it is necessary to use this additional tool. 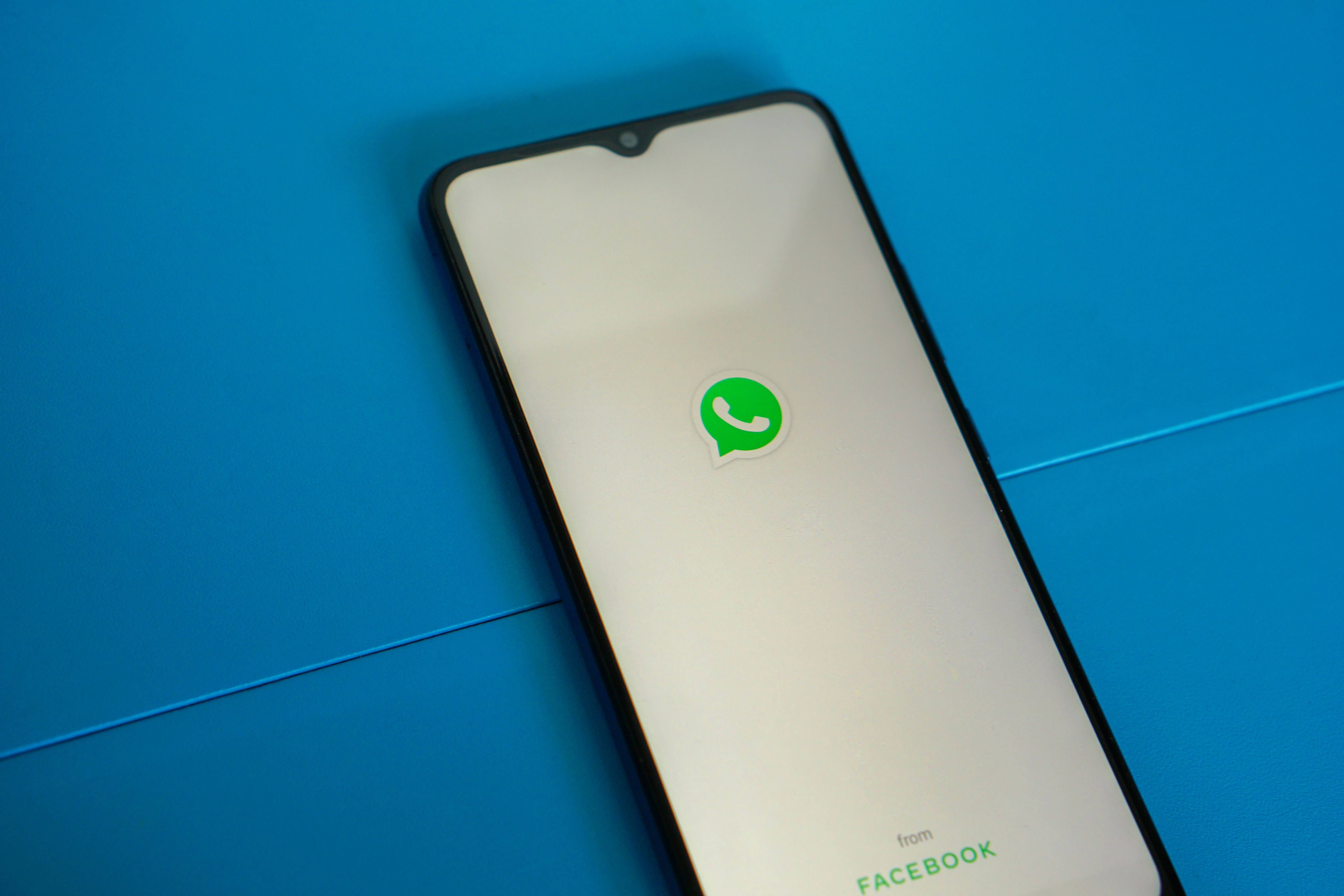 Another method that is traditional on this date is to share false news as a joke, such as some money that they are going to give away, some news about a soccer team or an announcement from government authorities.

But in order not to be a victim of this type of jokes, WhatsApp has several tools and recommendations. The first is the ‘Forwarded’ label, which will appear when a person shares a message from one chat to another.

Although in case it has been sent more than five times the label will change to an icon with a double arrow, which indicates that it has been resent many times.

If this happens, the content can only be shared by one person at a time, being a way to stop false chains.

Other recommendations that the application gives is to always doubt news that is too surprising, that borders on the impossible, because most of it is false.

Given this, it is essential to corroborate this information in other sources, since if it is something so surprising, it will surely appear in other media or social networks.

Finally, the platform advises paying attention to the content of the message, because a spelling or writing error is a warning sign of fake news, also the link does not correspond to the media outlet that is named or the information is outdated.

A key point is to identify if it is just another joke from a friend or a scam attempt taking advantage of the environment of a day of jokes around the world.

So in case the message is asking for personal information or an access code it is better to ignore it and delete it. Additionally, alert the other person who sent it to that possible danger.