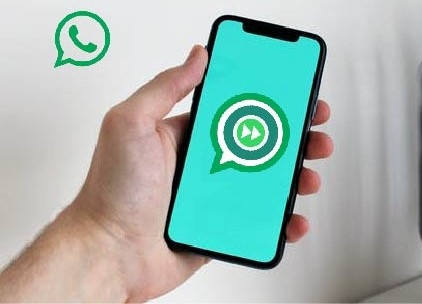 Whenever we talk about a messaging app, the only thing that comes to mind is WhatsApp. It is an all-around app developed to send different kinds of data from all over the globe. It could be a message, videos, images, voice messages, and documents Recently we talked about a WhatsApp update that enables you to listen to voice messages at three different playback speeds. Now Whatsapp is testing its rollout for three playback speeds for audio in IOS also.

We have seen much news related to Whatsapp playback speed (which telegram users are enjoying for two years) which has a possibility to listen to the voice message at low or high speed. In addition to standard playback speed, you can listen to your voice messages at 1.5x or 2x speed. Three playback speeds for the audio feature are tracked by WABetaInfo that usually spots all the updates of WhatsApp.

Yesterday @WABetaInfo has announced that @WhatsApp was working on 3 different playback speeds for voice messages, on WhatsApp for Android.
Today the same screenshots are taken from WhatsApp for iOS.
The feature is under development.

Facebook is continuously adding new features in WhatsApp like Biometric authentication in the WhatsApp web. Self Destructing photos, and Self-deleting messages, if they are not read after seven days. WhatsApp has also added a feature of audio and video calling WhatsApp web and also announced WhatsApp Plus APK which is similar to WhatsApp GB. Now you can also use WhatsApp with your landline number.

After the WhatsApp privacy blunder in January this year, Telegram came out as the biggest rival of WhatsApp and stole millions of users from WhatsApp. Telegram has already announced the playback speed feature 2 years back. But Facebook is adding new features to WhatsApp to attract its lost users. If the tests that WhatsApp is doing of playback speed comes out satisfactory, then this feature will launch soon in the coming updates.

Read More on this Article