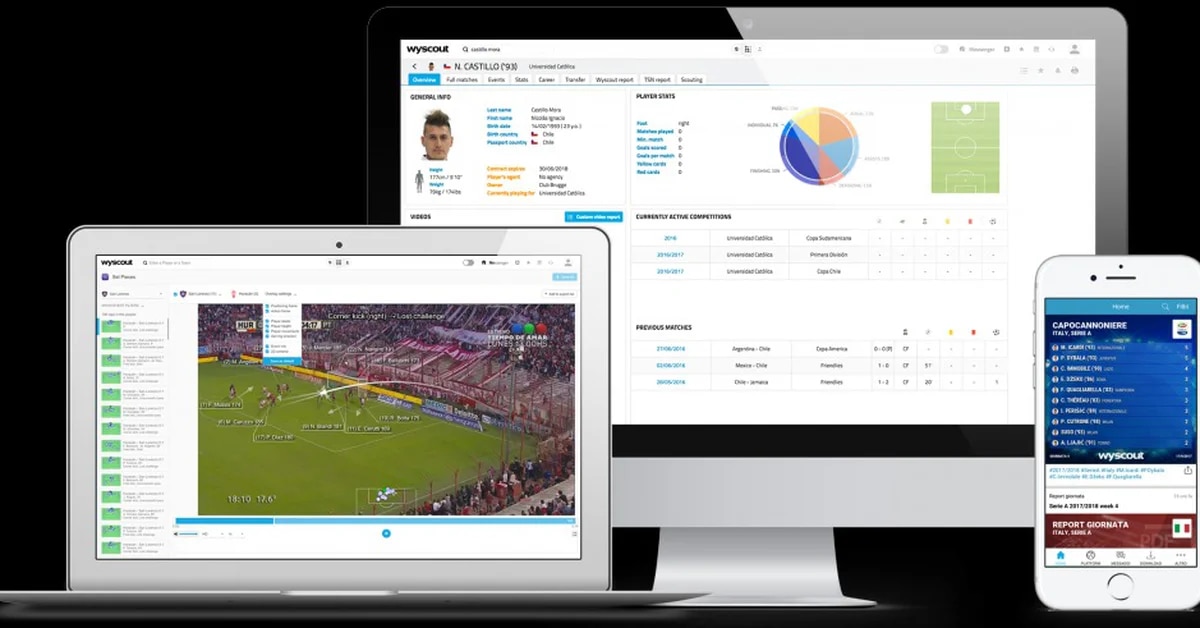 During the World Cup in Qatar both the players and their coaches and the coaching staff that accompanies them, exhaustive analyzes are carried out on the tactics used by their future rivals to find effective ways to counteract them and generate the necessary chances to defeat them by exploiting their weak points.

In addition, together with the data generated in training sessions and previous matches on the performance of the players of each team, the coaches can put together a starting team of 11 players who have the necessary characteristics to achieve a good result against the rival.

The coach of the Spain team, Luis Enrique, commented during one of his live broadcasts on twitch who does not watch the games like any fan, but rather requires some technological tools.

“I watch as many games as I can. Analyzing a game is another thing (…) the vision on television is close-ups in which you don’t see all the lines of the team. In order to be able to analyze and observe a match we need a tactical camera view”, he stated. 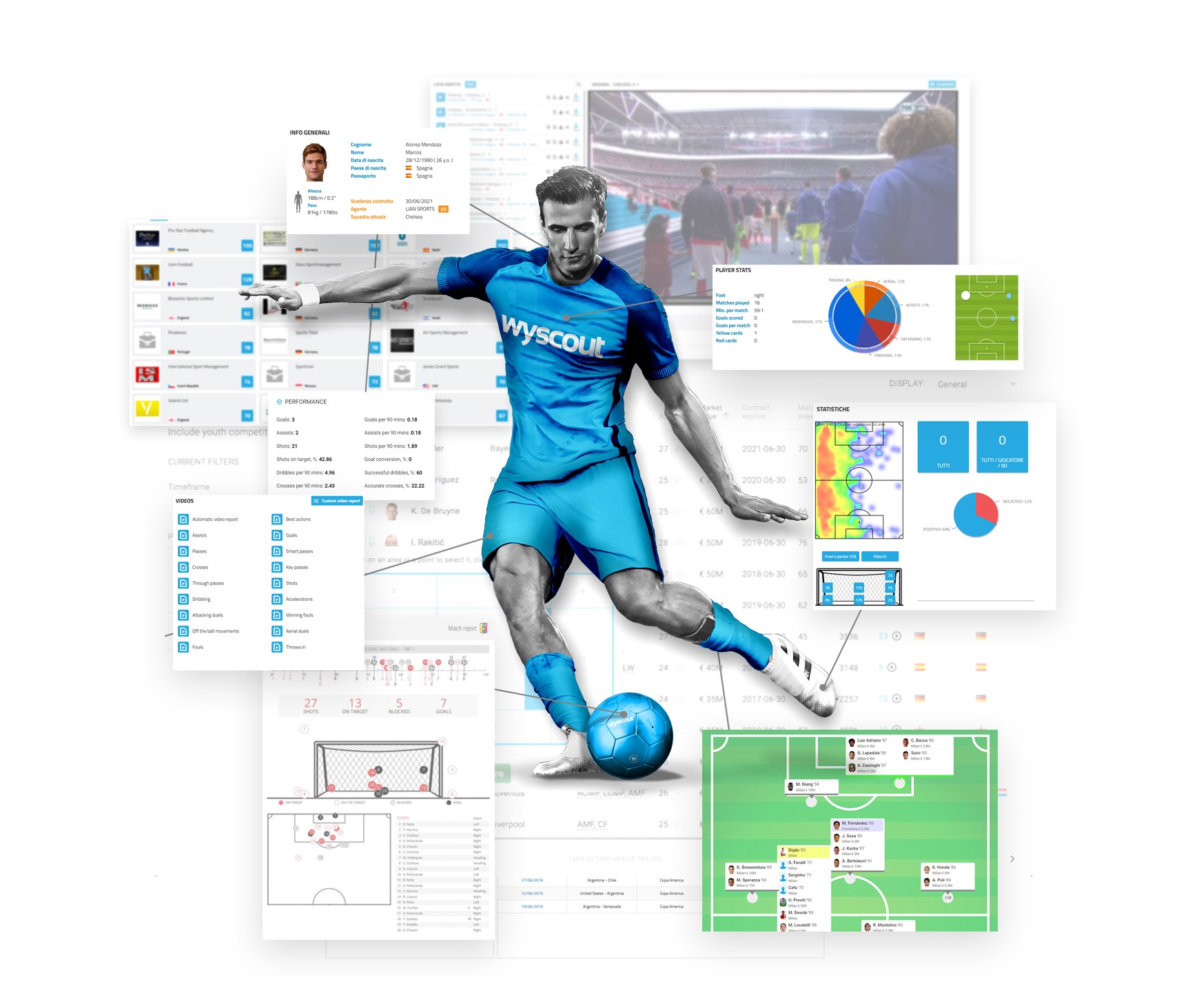 These are some of the platforms used by the Spanish team, as well as selected from other countries and even league teams:

According to its official website, it has technology dedicated to scouting (talent recognition), match analysis and also player performance.

In addition, the support for video with images from another point of view allows to obtain more information than what is transmitted on television.

As Luis Enrique indicated, the tactical camera is a vision point located behind the goals from which you can see the entire field and the movements of all the players. 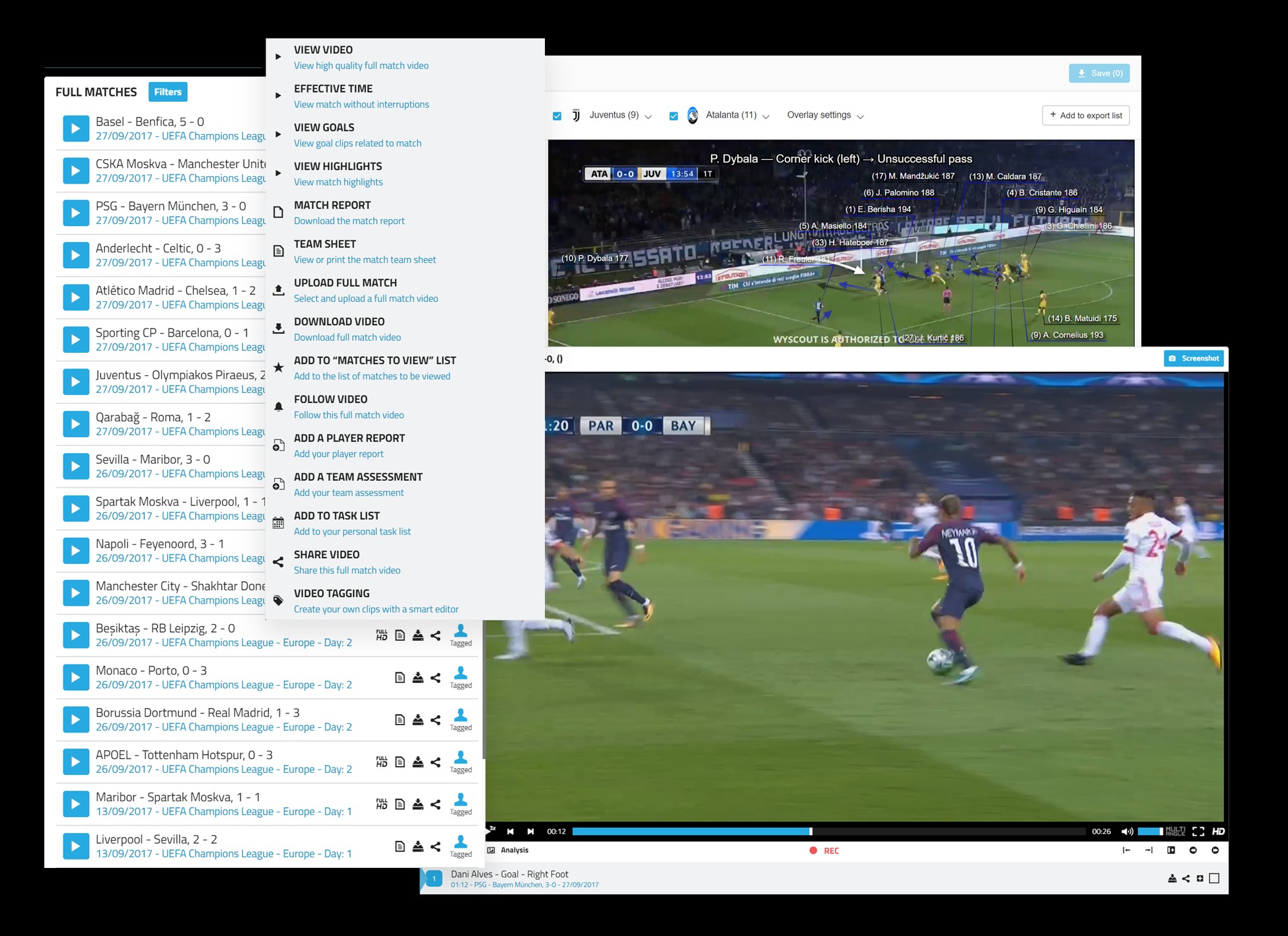 This analysis platform allows you to view videos for specific game fractions in which specific team tactics can be shown, so that it is easier to recognize the positions of each player and the routes they take.

On the other hand, the trainers have at their disposal accurate statistics about every player on the field of play. It is possible to see how many times he touched the ball, meters covered, attempted passes, passes in the opposite field, lost balls, aerial duels, shots on goal, faultsamong other data that allow to find behavior patterns of the players and therefore, tactics assigned by the rival coach.

The statistics they can be matched against similar players, so coaches anticipate what the opponent’s lineup will be and even what changes they might make during the matchup. 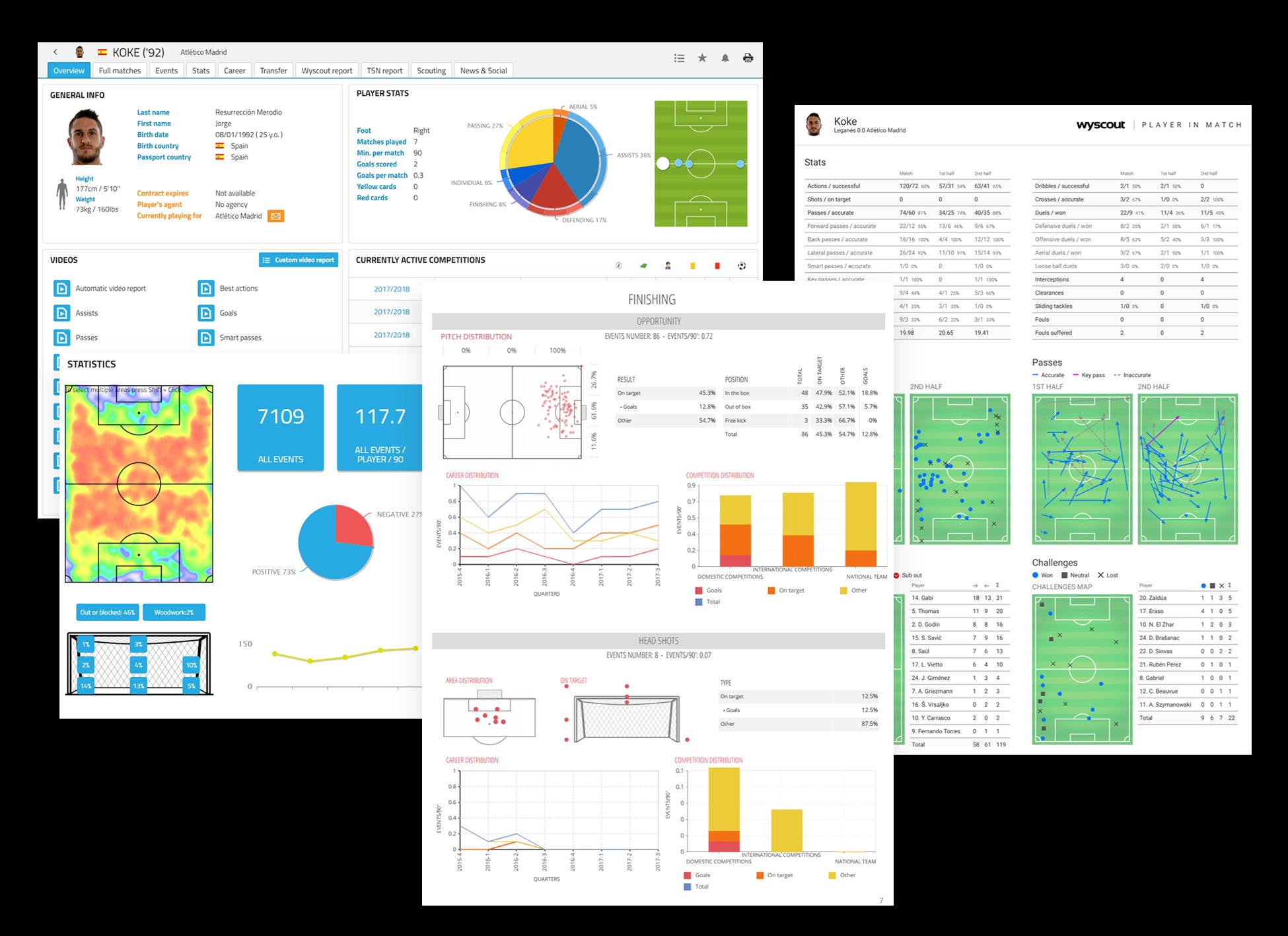 This application is not only used in the world of soccer, but also has resources dedicated to analyzing the performance of players from other sports such as basketball, hockey, and even handball.

Unlike Wyscout, however, InStat has different versions and services for each person who fills a role within the sport. According to its official website, it has a service for scouts in search of the next world star as well, it has a special section that can be used in training academies with players from 13 years of age.

In addition, footballers have a special platform where they can analyze their own performance with personalized statistics from different matches and there is even a section in which the behavior of referees is analyzed and reports are generated on their performance on the field. 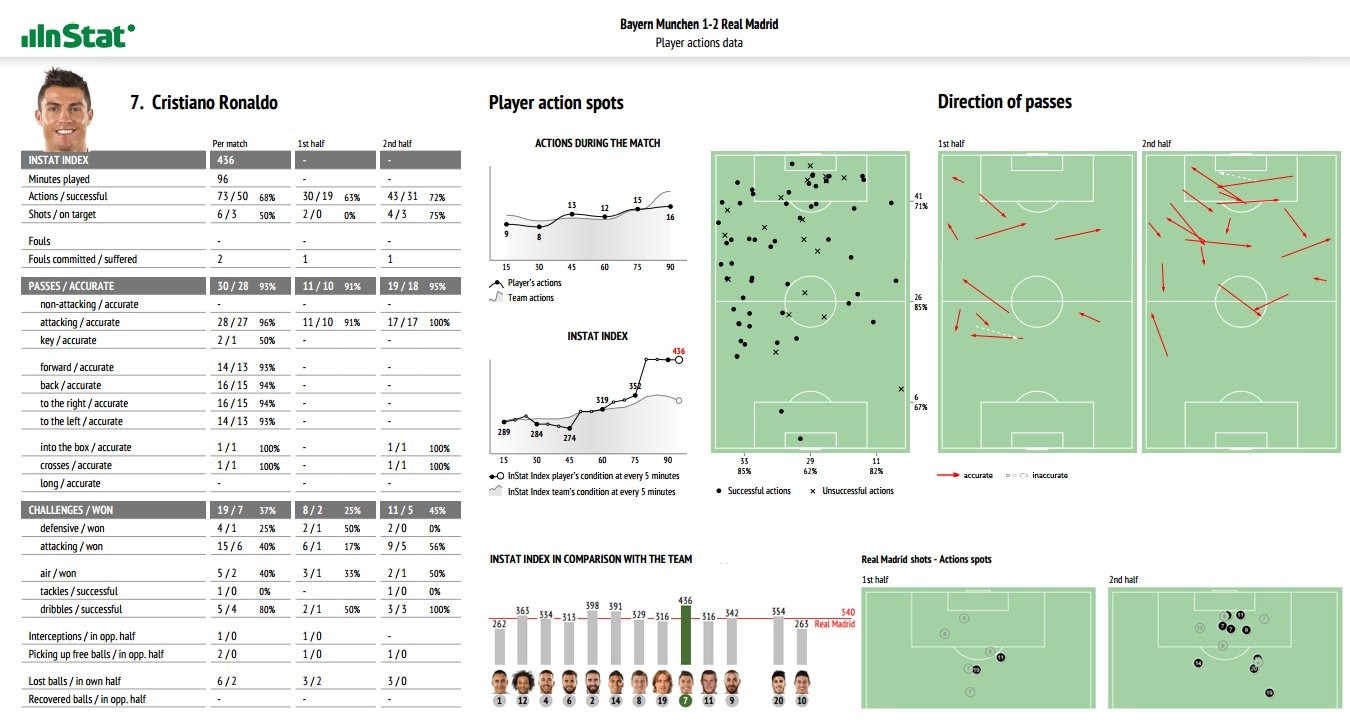 InStat stats of Cristiano Ronaldo during a match against Bayern München in 2017, when he scored his 100th goal in European competitions. (Capture)