[article_mb_code]
Ethereum is one of the most coveted cryptocurrencies in the digital market (Illustration: Jovani Pérez/ TechMarkup)

Ethereum, the most popular cryptocurrency platform, is preparing to unveil a new technology infrastructure next month. designed to reduce more than 99 percent of your energy consumption.

This upgrade, known as the merger, is one of the most anticipated events in the history of the crypto industry. But the process is complicated and carries significant risks.

Here’s what you should know about it.

At its most basic level, the merger is an update to the Ethereum software. If all goes according to plan, it will go live around September 15, after more than eight years of study and debate.

In addition to reduce energy consumptionthe upgrade is intended to provide long-term benefits such as reduce high commissions that are charged for transacting in ether, the platform’s base currency and the second most valuable digital asset after bitcoin.

The merger marks the culmination of a long debate that includes many complex technical factors. Let’s clear them up. 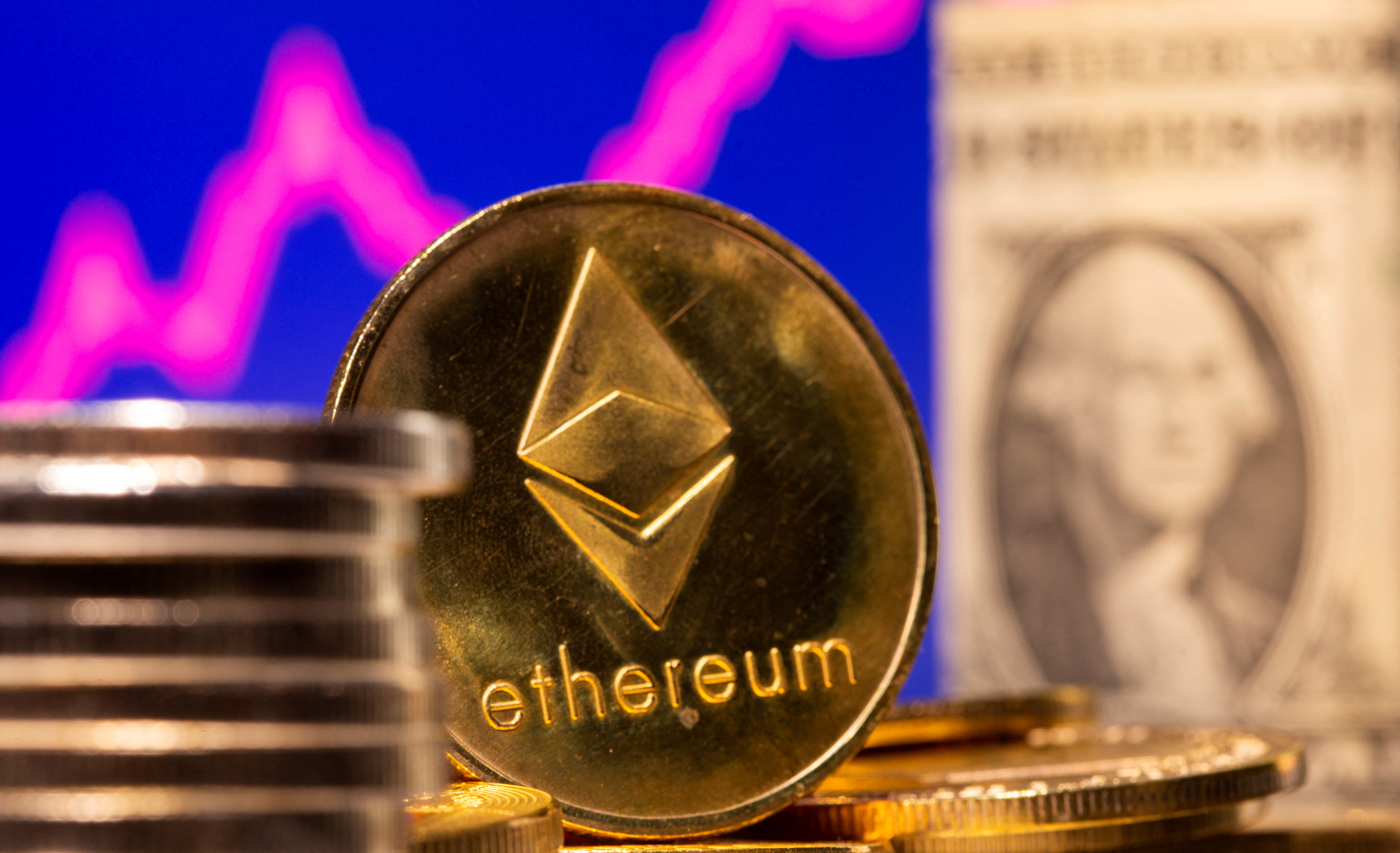 FILE PHOTO: A representation of virtual currency Ethereum and US One Dollar banknote are seen in front of a stock graph in this illustration taken February 19, 2021. REUTERS/Dado Ruvic/File Photo

Ethereum is a blockchain: a publicly visible ledger and shared database that stores and verifies information and transactions in a cryptographically secure manner. Ether is the cryptocurrency that people exchange using the Ethereum blockchain.

Ethereum was founded in 2013 by Vitalik Buterin, a programmer who wanted to create a cryptocurrency infrastructure that was more flexible than Bitcoin. He envisioned a system that would allow complex forms of exchange, such as offering and taking loans, to happen in an instant.

With Ethereum, crypto enthusiasts can perform simple trades—such as person A paying $100 in ether to person B—as well as more sophisticated financial processes. Today, thousands of businesses and crypto applications have been developed using Ethereum. And ownership of non-fungible tokens, the unique digital collectible pieces known as NFTs, can be registered on this platform.

What is the current infrastructure of Ethereum?

Ethereum runs on an operating framework called “proof of work” (just like bitcoin, the original cryptocurrency).

In this system, cryptocurrency transactions are processed by a dispersed network of computers. Anyone can connect a machine to this network and run a program that solves complicated puzzles. That energy-intensive process is designed to verify crypto transactions and ensure that people sending money have the necessary funds to do so. Computers compete with each other for the privilege of verifying these transactions, as they earn cryptocurrency as a reward. This activity is known in industry jargon as “mining”.

As cryptocurrencies have grown in popularity, proof-of-work mining has become a major industry. It is dominated by publicly traded companies that have built warehouses full of computers to accumulate as many digital currencies as possible.

Energy costs have skyrocketed. The researchers estimate that bitcoin mining may generate the same amount of carbon dioxide per year as entire countries. Ethereum’s carbon footprint is roughly comparable to that of Finland.

This environmental impact has fueled an industry-wide debate and has helped fuel initiatives to change the infrastructure that supports Ethereum.

If Ethereum is upgraded, how will the new infrastructure work?

Buterin raised the possibility of moving Ethereum from proof of work to a new system — proof of stake — as early as 2014.

In a proof-of-stake system, crypto investors deposit—or “participate with”—a certain number of digital currencies on a shared network, which allows them to enter a sweepstakes. Then, each time a transaction occurs, a draw participant is selected to verify the exchange and receive new coins.

This cuts energy costs by eliminating powerful computers competing to solve puzzles, Proof-of-Stake supporters say. They also argue that the system is more egalitarian than mining because its access barrier is lower, in other words, a “participant” does not have to own a fleet of expensive computers to contribute.

What is the best Xiaomi phone to play Fortnite?