What is PUBG New State: Everything about release date, Maps, and required phone specifications

This is a completely different game from what we saw in the PUBG universe before. It has unique features and was the first mobile PUBG title created by the original development company.

You can find everything that you need to know about PUBG New State. We will update it consistently as we get closer to the game’s release so make sure you have bookmarked this page. 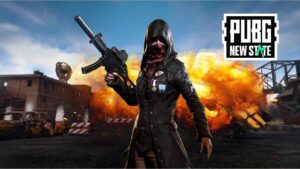 What is PUBG New State?

Knowing PUBG: New State is a battle royal, you may not be surprised. This is the name of the series, so developers will never deviate too far from this setting. Not surprisingly, at the beginning of the game, 100 players will fall on the map, and then fight to become the last man stand or “lone survivor”.

The special thing starts in Blue Zone. The Blue Zone is a huge circular area that will keep shrinking throughout the game, which means the player will have to keep going. They will be able to loot buildings to obtain weapons and other consumables to help them fight side by side with other players, and drive the vehicle on the map at a higher speed, and may encounter some enemies on the way.

How does PUBG New State differ from PUBG Mobile?

So far, everything sounds normal, right? But PUBG: New State will introduce some new features technically and mechanically to differ it from PUBG Mobile. The first one is from a graphical point of view. Frankly speaking, just as interesting as PUBG Mobile, it has never been the most beautiful game.

Krafton Inc. tried to change this perception by launching New State. It will utilize a technology called “Global Illumination”, for ultra-realistic graphics. These will be next-level graphics than we usually see in mobile games. KRAFTON Inc also stated that it will be more fun online-this is a must in any competitive shooting game.

In addition, a large number of other tools are used, such as drones, which can probably be used to measure areas and mark enemies. Players will combat rolls, to avoid bullets coming from the enemy. Weapon customization kits will be used to customize weapons anytime and anywhere. There will be a selection of fire mode and the ability of the Gernade launcher.

PUBG Studio has not promised about the PUBG New State release date. However, the company said it plans to launch it in 2021. Obviously, the COVID-19 pandemic has caused severe damage to the media release date, so it may be postponed to 2022. However, at present, the studio is still insisting on the release of PUBG: New State in 2021.

If you are from the United States and want to try PUBG: New State, we have good news for you. Now you can send an application to test the Alpha version of the game’s Android version.

The tester’s application opened on May 21 and will be closed on June 6, 2021. If successful, you will be able to play the Android version from June 11th to 13th. Obviously, the game may have a lot of bugs and problems, because it is not even ready for beta testing.

After launching, the game will be available to Android and iOS devices worldwide. Unfortunately, it will not land in China, India, or Vietnam. This may be due to the PUBG title issues faced in these countries/regions in the past.

But PUBG Mobile India has been relaunched as Battlegrounds Mobile India. But we are not sure about China and Vietnam.

You can also pre-register if you are excited to play this new game.

Maps are an important part of any battle royale because this is where you might spend hours at a time, so developers need to handle it properly. We don’t know much about PUBG: New State Maps.

As we all know, PUBG Mobile is a demanding game, so much so that PUBG Mobile Lite is designed for people with poorly functioning devices. Therefore, there are reasons to expect that the new game will also require powerful functioning mobile phones or tablets.

Although we don’t know the specifications you need on iOS, we do have what to expect from Android devices. The game’s Google Play page says that you need to run Android 6.0 or higher with 2.5GB or higher RAM.