Safety while browsing the internet and using social networks is important for users, as it prevents sensitive information such as access to accounts, Bank data, phone numbers or contacts are easily accessible to cybercriminals. That’s why messaging apps offer protection features.

For companies, and especially those related to the financial sphere, security in your communications is an important part of the service they offer. Occasionally, data breaches caused by cyber attacks It can start with the violation of email accounts of one of your workers.

That is why Threemaan instant messaging app, features a number of extreme security features that have made it popular among users who are concerned about privacy. protection of your information and are willing to pay for the service.

Currently this messaging app is available in app store, where it ranks first among paid social apps (it costs $4.99). In Play Store It is also the most successful communication application after getting more than a million downloads in the three weeks that it has been available in the official store of Google.

Among its characteristics is the anonymous use, which means that you do not need to create an account in the application. not asking for a phone number and neither a email to enter, but each user is assigned a random series of numbers and letters as an ID.

In addition, according to what is indicated on the official website of Threemathis is an open source application “to ensure full transparency” and goes through security audit processes on a recurring basis, the results of which are also published.

Another of its features is that contacts and communications are not managed on the app’s servers, but on the users’ device. Messages, meanwhile, are deleted immediately upon delivery and “no personally identifiable information is collected,” according to Threema’s website.

If Threema is not the right platform for users, other options that are free and have security features are Telegram Y Signal. 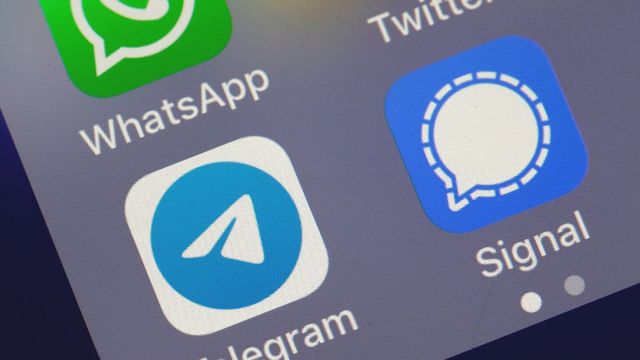 In the case of Telegramthis is an option as well known and used as WhatsApp, albeit with notable differences. Among the features of this application that protect the security of users within the platform is the possibility of configuring whether people can see the phone number of others.

In addition, this application has an option that deletes the messages sent after a set time; you can create groups and channels of several people, block and report users.

Despite being less well known, Signal It has benefits related to the security of user privacy, since it has end-to-end encryption like the one offered by WhatsApp and is open source, such as Threema either Telegram.

The messages, after some time, are deleted and cannot be recovered in the application.