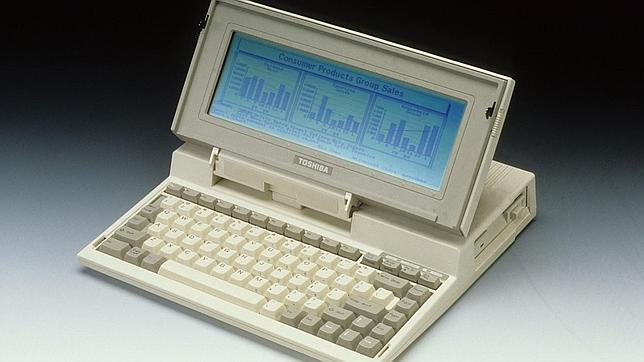 Although for many people desktop computers are still very necessary, especially for work aspects, laptops have also allowed their users to work from anywhere like the bed or even from a heavenly beach, with the ability to always carry large amounts of relevant information. However, this was not always the case: learn about some important changes that laptops have presented throughout their evolution.

The first computers were the size of an entire room. Then, in the 1960s, they reduced its dimensions to those of a refrigerator, so at that time it was impossible to think that a computer could be portable.

The technology companies of that time made it their mission to develop portable computers and In 1978 the first notebook was announced, called Xerox NoteTaker, the size of a carry-on suitcase: its keyboard was foldable and it weighed 22 kilograms, but it never went on sale. Of course, on April 3, 1981, the first commercial laptop was launched, the Osborne 1, which cost $1,795 at the time and weighed 13 kilos.

Undoubtedly, the screens have been one of the most decisive changes in laptops since their creation: in the beginning, artifacts called TFT panels were used in the manufacture of color screens, which for its time was a technological innovation. As for the size, they did not exceed 10.1 inches; currently they measure around 14 inches and with ultra definition.

As laptops became more successful, their processors began to be modified to consume less battery power, since the idea was to be able to use them without having to connect them. The processor, also known as CPU, is the unit that generates the operation of the computer.

The Grid Compass notebook, released in 1982, was the first to have the shape and appearance of today’s notebooks, before then more like a suitcase than a folder.

Over the years, laptops have been improving their connections, in 1991 the use of modems was incorporated for the first time, devices that allow connection to Internet networks, but in this case it had to be done through cables. ethernet and the speed was only 14.4 Megabits. Today, computers navigate at 867 megabytes and with a Wi-Fi connection.

Hard drives are that part of the internal structure of the computer, where all the information is stored, for example, photos and downloaded files. Its evolution has focused on reducing its size but increasing its capacity, At the beginning of the 90s, hard drives were 20 MB, today an Asus Zenbook is capable of storing 512 gigabytes, that is, 512,000 MB.

At first, laptops included a sphere that worked as the mouse of the machine, currently called touchpads are used, which are the touch panel located under the keyboard.

If you think about laptops 12 or 15 years ago, they had various ports like USB and CD trays, but with the passage of time, cds have fallen out of use and ports are tending to disappear.

Carrying an object similar to a travel suitcase was not something that was particularly practical, then in the 90’s they created small and lighter computers. However, their work capacity was insufficient and they were barely fit to perform a few tasks such as writing documents. Currently, computers, in addition to being able to be carried comfortably in a bag or suitcase and being ultra-thin, due to their capacity they allow large amounts of information and heavy files such as video games to be stored.