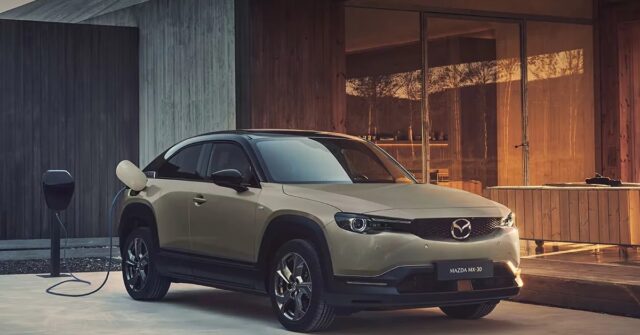 The market of electric cars in Latin America it has increased in the countries of the region during the last year. According to the Statista website, which offers market studies, at the end of 2021 there were 1,300 units in Colombia, which exceeds the amount offered in Mexico, Chile and Costa Rica.

One of the main reasons that prevents the growth of this market is that the incentives for the purchase of this type of vehicle are not enough, something that in Colombia, for example, is produced to reduce the negative impact of pollution.

That is why the company Mazdadedicated to the manufacture of vehicles, decided to enter the market of this country with its first electric car 100% in its MX-30 model, an SUV vehicle that incorporates technological features.

According to the company, Colombia It is the first country in the region in which this unit of transportationwhich was designed thinking of “the impact on the environment, from the extraction of raw materials necessary for its manufacture, to its final disposal”. 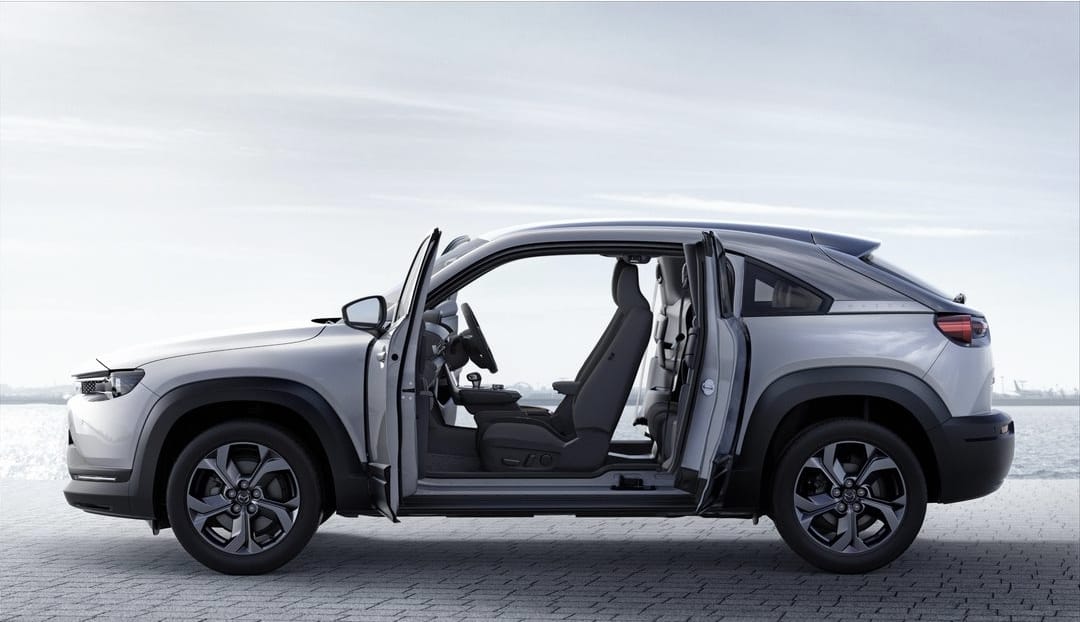 The battery of the vehicle It has an autonomous lifespan of up to 224 kilometers, which allows you to carry out daily tasks, in addition, we tested it and it has a detection system of sound (EV Sound) with which you can control the level of acceleration and control of velocity on the journeys.

The sustainability It was thought at the time of manufacturing the vehicle as it was designed with a smaller battery to favor the reduction of the emission of CO2, a characteristic that also allowed a lower use in the amount of metals that were used for its production. In addition to having reduced its size, the vehicle battery has reduced the amount of Energy necessary for a full charge, since it only requires 35.5 kilowatts.

The application of technology focused on driver safety, a proactive safety system is presented as part i-Activsensewith which movement around the vehicle is detected and specific alerts can be received in situations such as the Forward Cross Traffic Alert (FCTA) and the Vehicle Monitoring System. Driver (DM).

The latter consists of scan the driver’s face to detect signs of fatigue or drowsiness using the camera control of the person. The alarm will generate notifications suggesting to the driver of the vehicle take a break to prevent accidents on the tracks.

Other intelligent functions that the vehicle and that consist of security systems to prevent dangerous situations in the routes of the drivers These are: the Intelligent Front Lighting System (ADB), Lane Keeping Assist (LAS), Driver Attention Alert (DAA), Front and Rear Brake Assist (SBS), Advanced Blind Spot Monitoring System (BSM) , 360° View Monitor, Control of Velocity Adaptive Cruise, Cruise and Traffic Assistance, among others.

All of these available functions can be controlled from one panel of two screens located on the driver’s dashboard so that the driver can attend to the suggestions and alarms that are designed to increase the safety of people when driving the vehicle in different scenarios.}

The Mazda CX-50 was announced, an SUV designed for lovers of adventure through superior driving, high performance and power. This, which arrives in Colombia being the third country in the world and the first in Latin America to receive it, offers a high level of technology and safety equipment, making each feature consolidate it an ideal option due to its agility, all-terrain dynamics and challenging proportions.

It has an improved Mazda Connect interface, which expands the way people interact with the vehicle. The connectivity ecosystem includes a 10” TFT touch screen, an active driving screen with panoramic projection and a multi-command button located on the vehicle’s center console.

This system allows an intuitive and precise operation of access to the different facilities offered by the vehicle. Additionally, it is compatible with devices Android and iPhone (wireless for iphone) and incorporates a wireless charger to complement the experience.

The Bose sound system with twelve speakers and premium quality in all its versions elevates sound performance and listening pleasure to a new dimension.

We tested it and you feel the quality with the Bose BassMatch system to produce low-frequency sounds in a deeper and more impactful way, that is, an immersive experience.