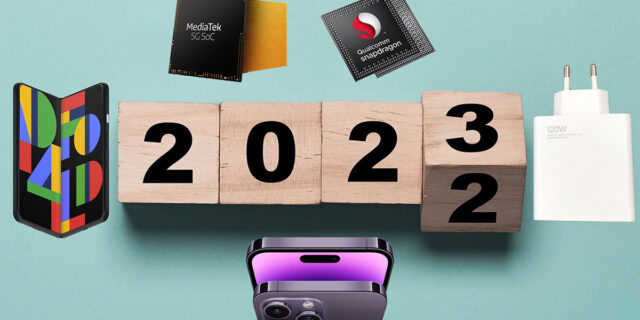 This year did not turn out quite as we expected. Fortunately, this is not the case only with us, but with almost all analysts in the world, the year was so hectic with logistics problems, supply chains, the Ukrainian conflict, and runaway inflation that they were not in the hat together. But the year is over, we see what happened this year, but despite the many parameters that cannot be planned, we try to map a little what can be expected in 2023.

We expect that there will be no revolutionary breakthroughs in mobile communication next year either. If we narrow it down specifically to the devices, then in general it can be said that in addition to further rising prices, we will see slightly better chipsets, slightly better cameras and data communication capabilities in all categories. On the hardware front, however, there may be a change in terms of the chipset manufacturer, the Taiwanese MediaTek, which was previously considered more secondary, is squeezing Qualcomm even in the top category, the latest developments of the Dimensity product line seem to be particularly competitive, and every manufacturer is happy if they are not subordinated to the capacity and developments of a single chipset manufacturer.

On the camera front, the field is a bit divided. While the megapixel war will continue to dominate in the lower segment (they want the highest resolution sensor in the cheapest phone), extra functions will be more prominent in the top models and the size and quality of the sensor will be more important than its resolution. Dedicated ISPs and image processing procedures (such as MariSilicon X) have already appeared, which with a good sensor will result in an improvement in image quality, more and more focus will be placed on videos (stabilization, change of viewing angle, stepless zoom, adjustable aperture), but it will not be significant and the pace of development is overwhelming, cameras are improving step by step. 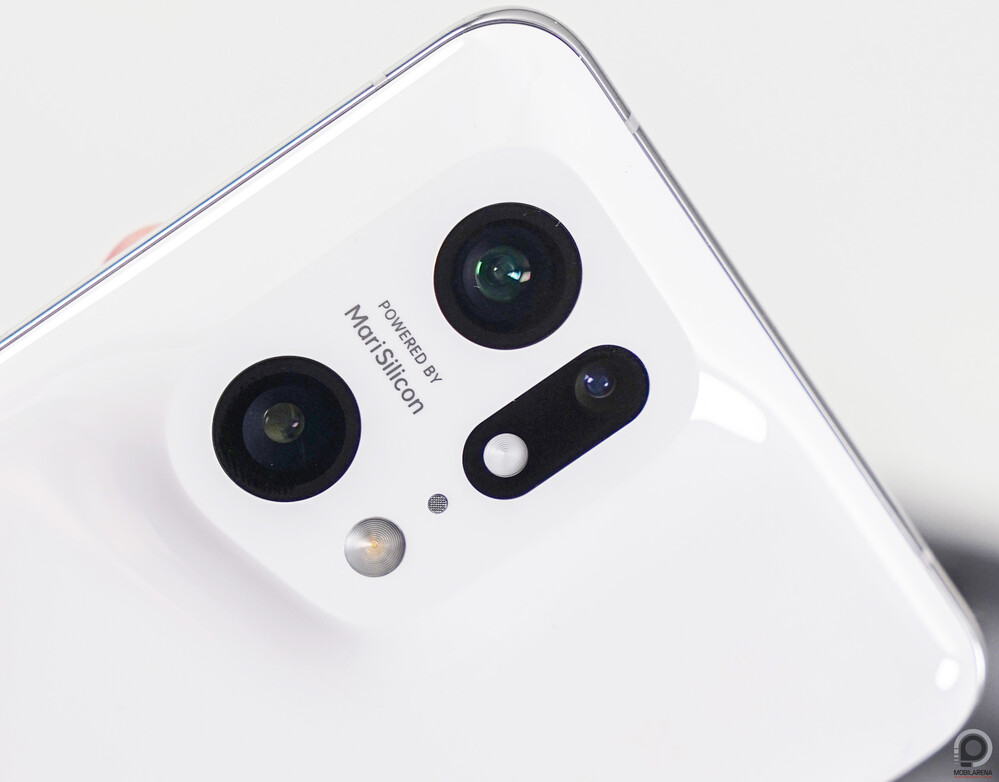 High-end devices promise ever-increasing luminance for displays (which is accompanied by ever-increasing consumption), and above a certain price point, the image refresh will permanently move away from 60 Hz, while 90 and 120 Hz solutions will appear in the middle category, maybe we won’t get there until next year to the point that even the cheapest models use it, but you will be able to get a mobile phone with a higher-updated display for less and less. And in the highest categories, we will meet 144 and 165 Hz panels, often emphasizing the sampling frequency of touch sensitivity. 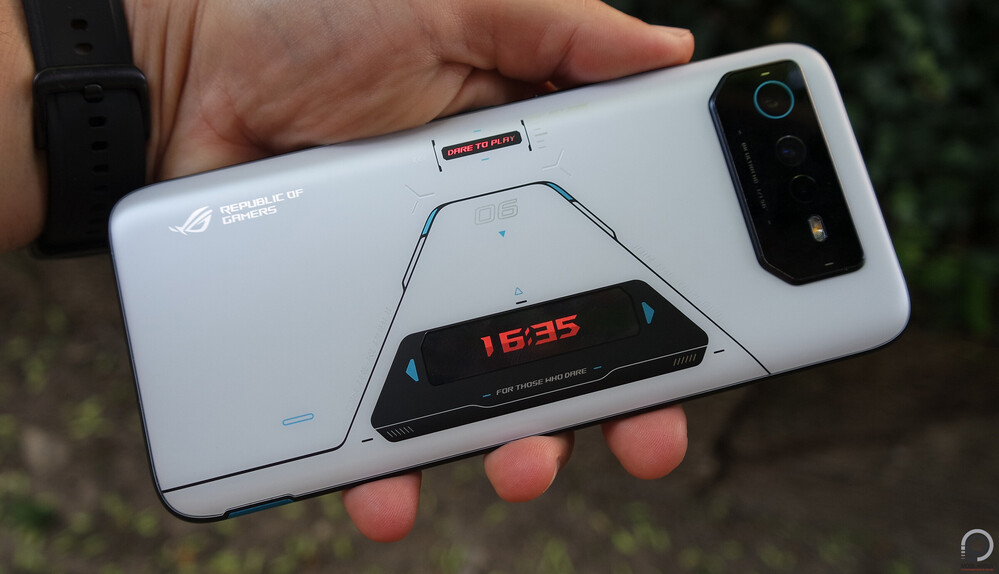 The expected breakthrough of phones with bendable displays did not happen, we now believe that there will be no huge changes in this regard in 2023 either, but maybe Samsung will not be the only option in our market (at least for the design that opens like a book), but the technology is still expensive . However, there will be increasingly prestigious reasons why several manufacturers offer such a solution, and if Apple makes such a phone, then suddenly everyone will want it. And it won’t hurt that if there will be a throwable iPhone, the order for such panels will jump by orders of magnitude, which might even lower the prices somewhat.

The Achilles heel of modern phones is still the battery. The only problem with this is that it takes up a lot of space, yet it cannot provide an operating time longer than a day or two, it has to be constantly charged, it gets hot, it is a fire hazard in certain cases, it cannot touch water, it sometimes has to be broken down into several cells, and now the EU has also signaled that it will be mandatory make it interchangeable. For years, decades, we have been waiting for a breakthrough in technology, but it has often failed, and 2023 will be no different. 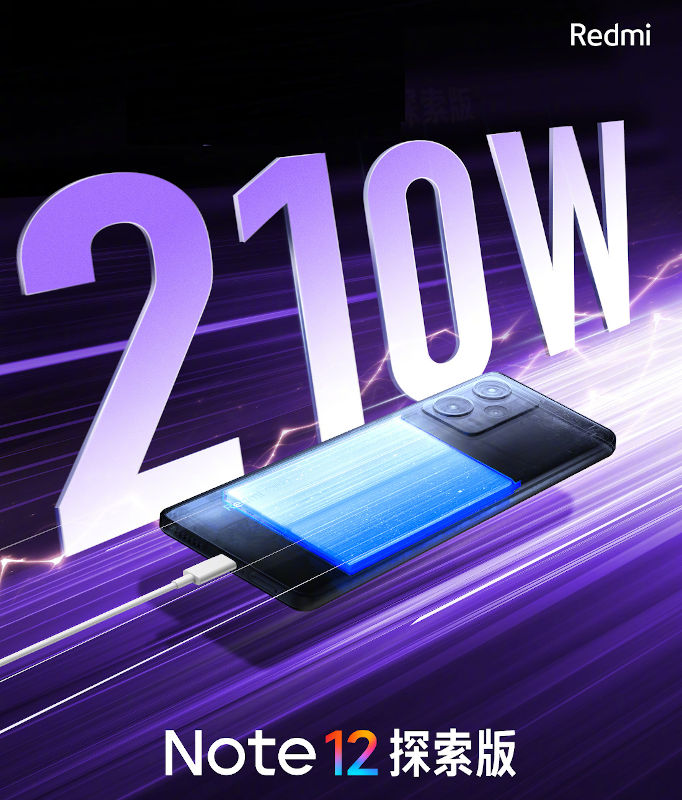 Of course, the energy density is improving year by year: a battery with a higher capacity can fit in the same space, developing roughly at the same pace as the increasing energy demand of the hardware requires. However, manufacturers are also trying to reduce concerns about submersible phones in another way, and that is by increasing the charging speed. In this regard, Apple and Samsung are very careful, but the others have thrown the reins between the horses, in 2022 it was already possible to get a mobile phone with a 120-watt charging speed at home, and elsewhere 180 and 210-watt solutions are already on the market, and this is a bit of a megapixel – creeps up like a war, we can easily reach the 250-watt charging power in 2023, which sounds great, if we add that it can bring a charging time of 6-8 minutes. 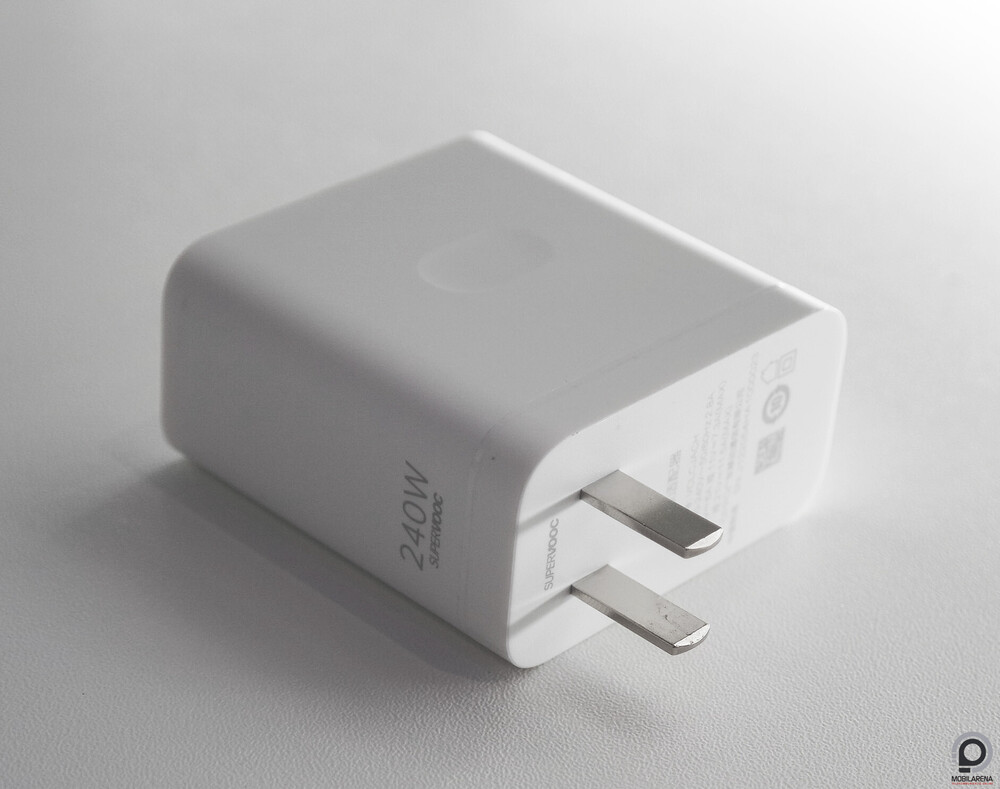 Oppo demoed the 240-watt SuperVOOC technology in Barcelona this year. [+]

The other side of the matter is that you need the right charging head (probably GaN) and you have to be very careful about safety. Market players solve this with temperature sensors and intelligent charging control algorithms by dividing the battery into at least two cells for parallel charging. But space must be left between these cells so that they do not interact, which in turn reduces the battery’s capacity, and the wireless charging option requires additional space, which means that every manufacturer tries to find a balance between charging speed, battery capacity and size, in addition so that the use of the technology does not involve safety concerns and the battery does not degrade too quickly.

We have no doubt that Samsung and Apple will continue to lead sales unwaveringly, the question is more about who will come after them. The brands of Xiaomi and the BBK group of companies can also be considered strong players, but their current market presence is much more volatile. This is clearly shown by the fact that after many, many years of racing, Xiaomi seems to be stalling, which is reflected not only in the sales results, but also news of downsizing has started to come. The BBK group of companies is a much more diversified structure, where the strength of the bond between the individual brands also varies, so it also induces some internal competition, but Realme was not able to seize the opportunity after its takeoff, they suddenly wanted too much, which is now manifested in supply and financial difficulties . Oppo strengthens it much more carefully, step by step, while it does not focus on cornering the market with its pricing, but its excellent operator integration still helps in sales. 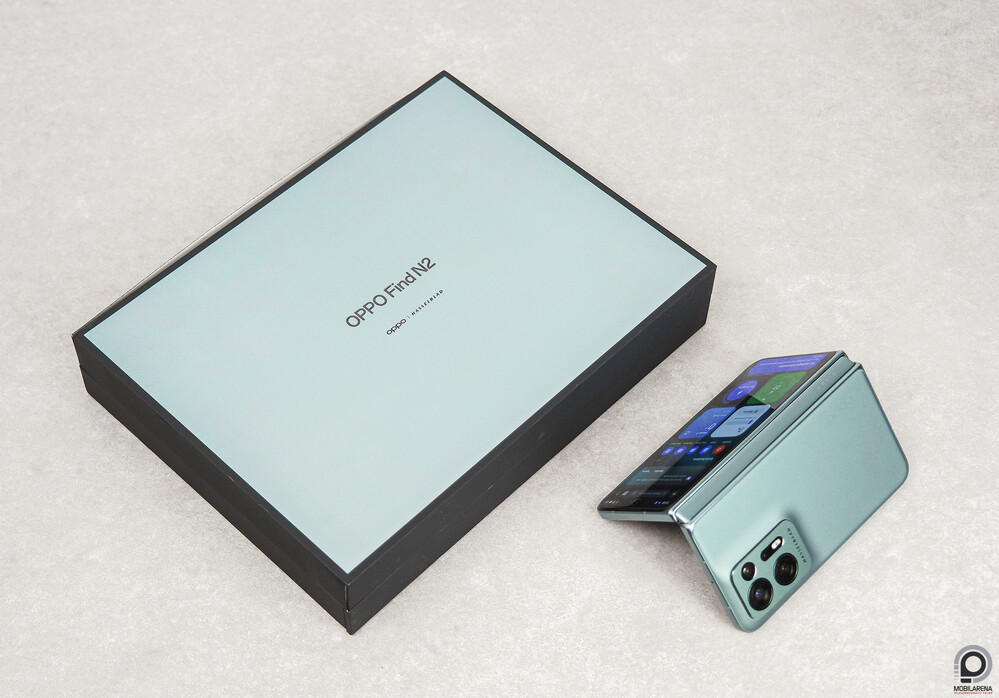 Huawei has become a marginal player on the European stage, which is unfortunate, because technically they can still produce amazingly high-quality devices, but due to the lack of software support, they are simply not competitive in our region, despite all efforts and tricks. Honor is apparently trying to give an alternative to those who have liked Huawei phones so far, but for now the supply is limited, and the primary market is rather Asia. Nokia has faded into the field, which the environmentally friendly glaze and the promise of long software support cannot help, Sony’s mobile business is still more of a prestige issue, TCL has not been able to become a factor in our region, OnePlus has also lost its appeal, HTC is still neither of us, Asus is an exciting manufacturer, but in total two, special models are cherished, in the year 2022 only the Nothing raked by Carl Pei was able to bring something new to the phones that have been very similar for years, but even they can’t get into the top 10 with one model among the manufacturers. 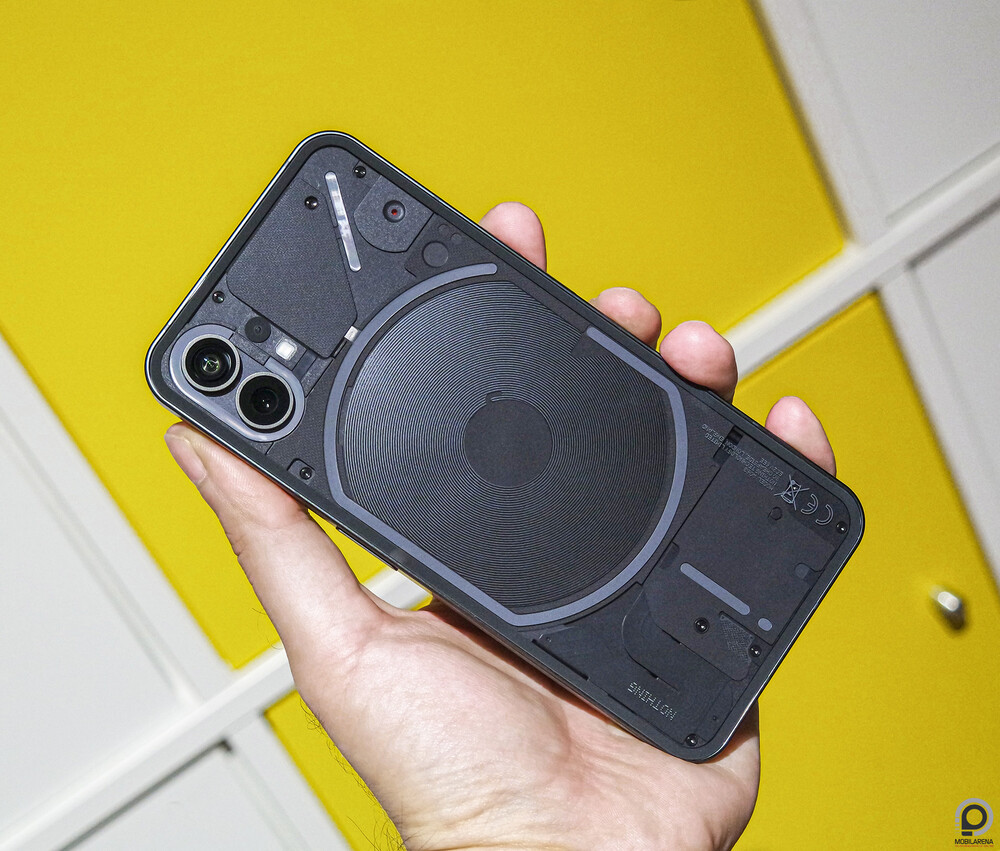 What will be here in 2023? Nothing earth-shattering, Xiaomi has apparently reached the roof, Realme has run out of soufflé, Samsung will calmly deliver its new products that are here and there better than last year’s, but not revolutionary, unifying the offer a bit, Apple will also run the mandatory rounds. Nothing will hopefully make a new phone, Oppo will strengthen in our region, Honor will surely try hard (and we are pushing them too), we don’t expect any huge surprises from Nokia, that is, we honestly don’t expect huge changes compared to this year.

Just as we did not expect a lot of circumstances in 2022, it is also impossible to know what events will affect the mobile market in 2023. It is already worrisome that the coronavirus has been unleashed in China, which on the one hand can tear the local production capacity in waves, and on the other hand also carries with it the development of a mutation that will cause problems outside of China again, this is obviously the pessimistic scenario. In addition to all of this, the actions of factory workers who are satisfied with the working conditions seem to have intensified in recent times, which can also cause outages. 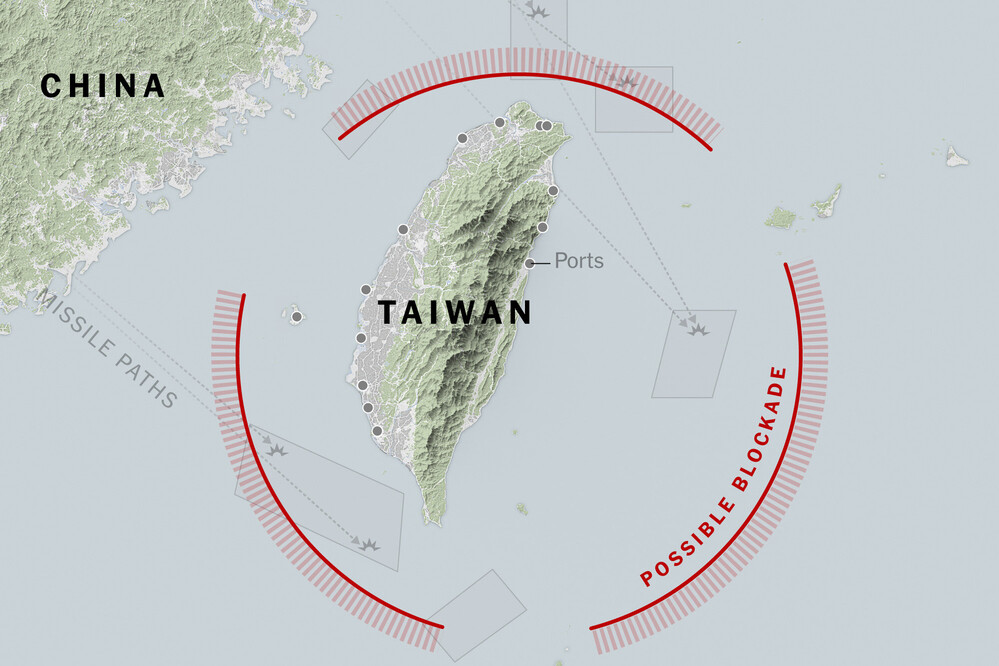 Although a Taiwan-China conflict is floating on a rhetorical level, an actual military action breaking out here would completely destroy the world’s electronics market, as all modern chipsets are the product of Taiwanese production lines. This is what gives Taiwan a kind of protection, if everything stops there, China will also suffer greatly. It is in the air that the American-Chinese embargo policy will continue to harden, which was currently mainly unpleasant from Huawei’s point of view, but other manufacturers may also be targeted, which would once again rearrange the mobile power balance.

In addition to all this, there is the runaway inflation and the economic downturn of a different intensity at the regional level, which logically means that fewer people will want to change phones. At the same time, this strengthens the role of software support, and the durability of the devices can also be a better consideration. In addition, we wrote just above that there will be no revolutionary changes in 2023 either, which means that it is no longer the case that the new phones released every year know so much more that it is worth replacing last year’s model. For some manufacturers, the product update interval is becoming rarer, Asus, for example, has not insisted on keeping this pace for some time, but Sony’s new products are also rarer, and other companies do bring out new models, but keep the previous version on the market for a long time also at a good price. 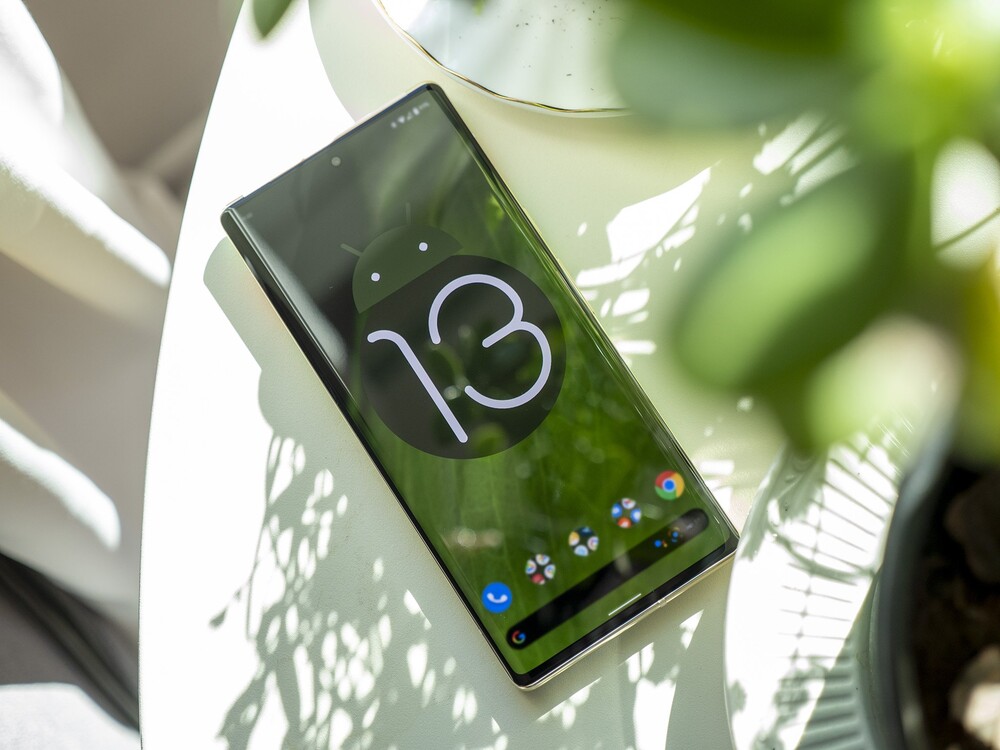 Manufacturers will be forced to pay special attention to appropriate product support. [+]

Whatever happens, it is clear that the industry is vulnerable in many ways, but at the same time, in recent years (since covid, perhaps), there have also been efforts to make supply chains redundant. The market for chipsets and displays is no longer single-stage, but there is still a strong factor of uncertainty in the mobile market, if nothing decisive happens, the number of alternative suppliers and the amount of raw material sources may increase in 2023, which by 2024 can already give more serious stability. And if something happens, then everything has to be planned again…