Novels that involve health barriers are a kind of genre explored at least since The Fault in Our Stars, the very famous book by John Green published in 2012. There are even those who have already sketched the name for the style: they would be terminal novels, love books in which one of those involved has a terminal illness.

Brazil won its newest version of this type of history with after the universethe film directed by Diego Freitas that has achieved incredible results: it is within the top 10 of Netflix in 43 countries, becoming an instant success of the platform of streaming🇧🇷

The story of the film can be easily summarized: a young girl, named Nina (played by singer Giulia Be), has lupus, an autoimmune disease that affects the immune system, causing cells to attack the person’s own body. Over time, the disease gets more complicated and makes her dream of becoming a famous pianist increasingly distant.

When the disease attacks the kidneys, she enters the transplant queue and begins hemodialysis. Fate makes her bump into Gabriel (actor Henrique Zaga) by chance (at the Luz station of the São Paulo subway) – who, soon after, she discovers is the doctor who would take care of her treatment. Pardon the pun, it’s obvious that it’s “the fault of the stars”: obviously, they’re going to fall in love.

And the main drag in the relationship, of course, will be her fragile health. But there are other barriers: the serious doctor Alberto (played by the veteran João Miguel), head of the hospital and Gabriel’s father, and the institution’s ethics board, which will find it very unrecommended (rightly) for a doctor to get involved with a patient. .

Few surprises in a great production

Assessing the quality of the film may involve keeping in mind the age range of the viewer. Clearly, After the Universe is a film all designed to reach a target: the public teen not yet cynical to love stories of this style. Those a little older will probably feel that there are many clichés scattered throughout the story – including some aspects that cause suspension of disbelief (the basic premise of entertainment: to enjoy fiction, you have to be willing to dive into it and believe it. what is being shown) breaks.

Initially, it is very difficult to believe that meeting at Estação da Luz. Not because it’s impossible for two people to pass each other on the São Paulo subway (it’s rare, but it can happen), but because the young doctor is riding his bike inside the station and “runs over” the beautiful girl who is playing the piano in the same place. . All of this brings the story closer to the romantic dream, which, as I have already mentioned, tends to prove less believable as the audience grows.

But perhaps what most catches the so-called suspension of disbelief is the fact that patient and doctor are apparently very close in age. It seems quite difficult to believe that this young man is a doctor in residence and that he is, as the scenes suggest, a kind of Dr. House teen version, able to hit diagnoses more accurately and quickly than all his other colleagues.

Therefore, anyone who is going to watch After the Universe needs to be willing to overlook all these issues. The good part is that the film clearly has an expensive, high-level production, and that’s why it gives us scenes aesthetically beautiful and dreamlike – exploring, at various times, the environment of outer space suggested by the titleO.

The story also presents a plot twist iinteresting for a film of this genre, following somewhat unusual paths to what is expected of a terminal romance. 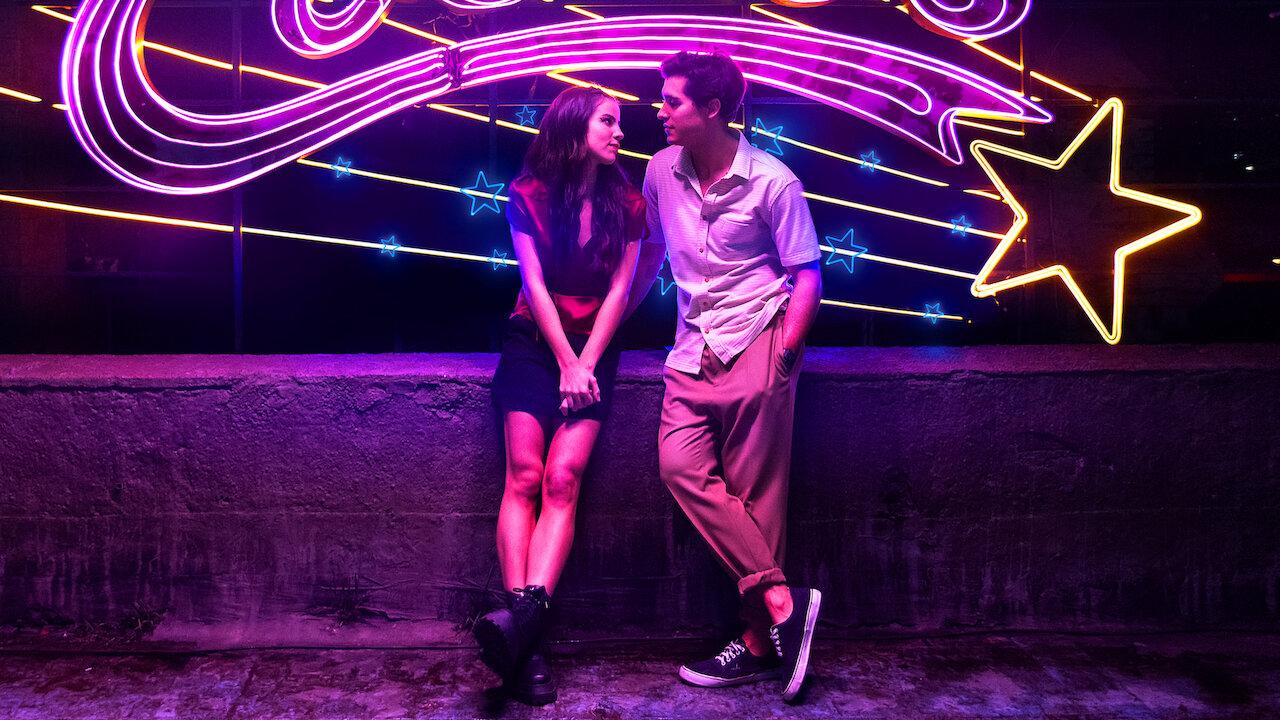 I think the weaknesses of After the Universe are in the subtleties, and refer to issues that, in other years or decades, would not be noticed🇧🇷 However, it is worth remembering that we are in 2022, in which certain discussions have already matured sufficiently – especially among younger people.

The first point concerns the couple of protagonists. Obviously, two stars were cast in the role who already bring their legions of fans with them. Giula Be is famous for being a singer (after the universe is her debut as an actress, a challenge she faces with competence), and Henrique Zaga has an international career, with roles in the series Teen Wolf and 13 Reasons Whyis at The New Mutantsmovie spin off in X-Men.

In other words, they are two beautiful actors and quite adequate in what is now called a “standard”: they bring hegemonic, enviable beauties and, for that very reason, oppressive to most people. This is perhaps reason enough for the characters Nina and Gabriel to be seen with some suspicion.

But in addition to this, other characteristics are added: they do not have any negative characteristics in their personalities. Nina is kind, loving towards her grandfather (Otton Bastos), patient most of the time with her own health condition. Gabriel, on the other hand, is a star at the hospital: he is so charismatic that he sneaks food to patients. In addition, the doctor is the very description of the “glass half full”, always ready to say a positive word to the sick (it doesn’t matter that he himself has great suffering in his luggage because of his mother’s death).

And there is a detail of the plot that bothered me a lot: the fact that he has a best friend, the doctor Yuri (Leo Bahia) who comes up against the very inadequate construction of the “gay accessory”. it is of a homosexual character, whose construction is excessively stereotyped (as in the feature of quoting RuPaul at least twice) and that is present in the story more to show how nice and tolerant the protagonist is and less to have a sufficient and respectful development.

And, finally, the question that I leave open (and that only those who watched the film will understand): after all, what are the ethics councils present in hospitals for?

This bracelet is capable of measuring the posture of the body in 3D, this is how it works

Who will win the Qatar 2022 World Cup, this is the prediction of an artificial intelligence