“The End of the World, or Kogel Mogel 4” is the next installment of a series of Polish comedies that won the hearts of viewers in the 1980s. It was in these times that the creators of the production stuck because although we are already in the 21st century, they try to make us laugh with philosophical disputes about lowering the toilet seat or showing butt. Why is the movie embarrassing instead of amusing? You will find out from our review.

In 2019, Ilona Łepkowska put on a baseball cap, put her skateboard on her back and asked “how do you do, fellow kids?” All this to give a modern shine to the “Kogel Mogel” series after a 30-year break. “Miszmasz” came out just as he left. To the embarrassment of the critics, the village danced and sang to the rhythm of disco polo. And now we have to come back to Brzózki and traditionally get a comedy of mistakes with humor straight from the “Sopot Cabaret Night”.

“The End of the World, or Kogel Mogel 4” does not differ from the previous installments of the series. Again, under the pretext of a progressive overtone, we get a festival of embarrassment. After all, in a few scenes LGBT people are shown in a neutral way and there are many liberated women here, since the whole thing is bursting with a conservative message. The following scenes are jokes of gender stereotypes with the moral that happiness can only be achieved through marriage.

The Harry Potter reunion is a lot of emotions and curiosities.

The end of the world, or Kogel Mogel 4 – a review of the new Polish comedy

Łepkowska’s script revolves around the wedding. Agnieszka and Marcin are ready to legalize their relationship. The boy, however, is in the wrong place at the wrong time, which is why Bożenka, a construction inspector, known to us, concludes that she lost her job because of him. So he will do anything to destroy his life. This will contribute to philosophical disputes about the inability of men to leave the toilet seat, or even show off their butt by the main character.

Yes, it is a comedy in which the authors present us parochial Poland against themselves. That is why a mother living in the USA decides to fly to her daughter Marlena and, imitating Joanna Krupa’s ponglish, criticizes her childish son-in-law, Piotr. We will see her in the most tacky wedding dresses the world has ever seen, as she returned to her homeland to marry a man she met on the Internet. This one, of course, does not look like in the photos, which allows you to make fun of his small height and sense of humor of the mustachioed uncle from the wedding when he does everything to feel for Bożena. Funny? No. Unleavened? Yes.

The end of the world, or Kogel Mogel 4 – premiere – trailer – reviewThe advertising slogan from the trailer “comedy as before” seems most appropriate. The creators of “The End of the World, or Kogla Mogla 4” were mentally stuck in the 1980s. The comic mechanism of the first parts of the series is preserved here. The heroes, instead of going with the times, behave as usual when they get stuck in a loop of situations taken out of the worst sort of TV satire. The greatest manifestation of the nature of the production is the ineffective incidental joke of political correctness. When you hear him, you will never again criticize a cabaret who disguises himself as a woman.

Dealy in Morbius release date: will not hit theaters in January

The end of the world, or Kogel Mogel 4 – is it worth watching a Polish comedy?

It is difficult to say whether The End of the World, or Kogel Mogel 4 will satisfy even the most die-hard fans of the series. The inconsistency of the ideological line and the humor of the lowest flights have an effect that is at least bizarre and embarrassing. “Brother-in-law, we cannot take it sober” – says Piotruś to Marcin in one of the scenes. Likewise, it can be difficult for viewers to stick to the end of the screening without alcohol.

What do you think about The end of the world, or Kogel Mogel 4 review? Let us know in the comments.

Advertisement. Scroll to continue reading.
In this article:games, review 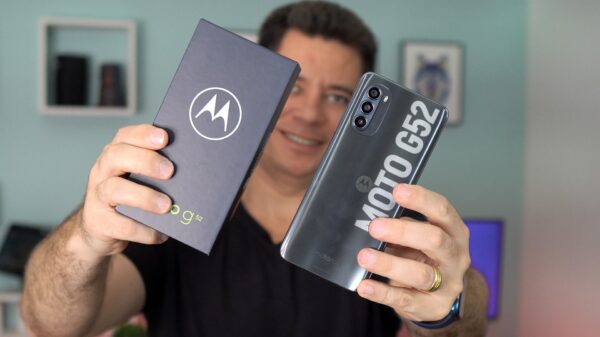