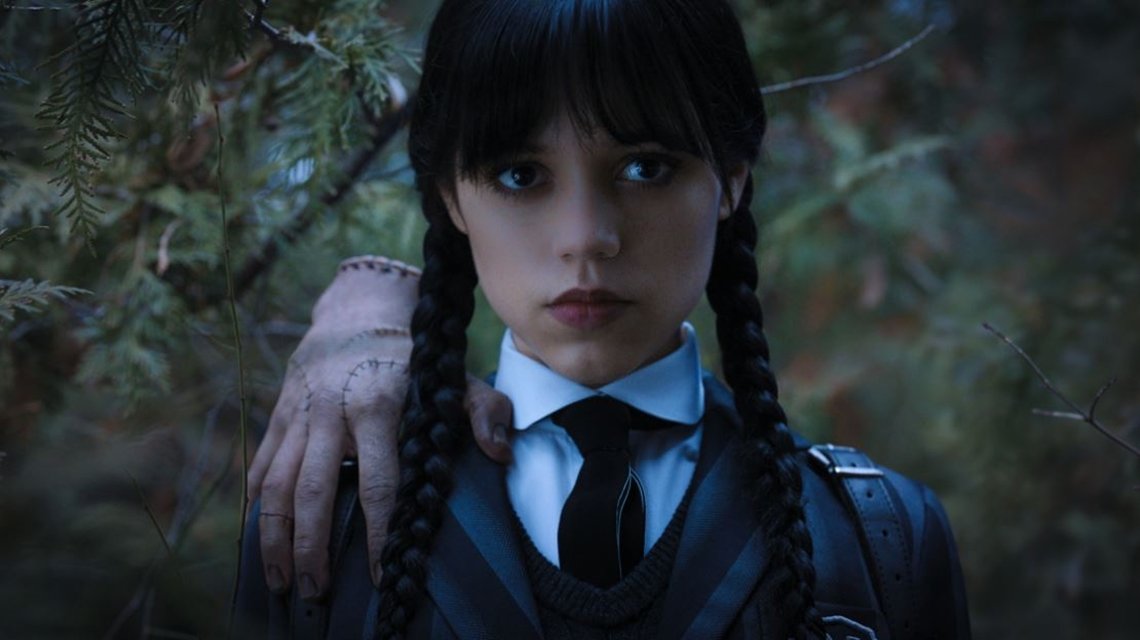 Wandinha It hasn’t even been on the air for a week, but it’s already become a hit for Netflix. The series, spin-off of The Addams Family, focuses on the title character, daughter of Gomez and Morticia Addams, who must face new adventures and threats. The production was created by Alfred Gough and Miles Millar and is directed by the unmistakable Tim Burton (Jack’s wierd world🇧🇷

One of the highlights of the narrative is the strong and dark personality of Wandinha (Jenna Ortega), who is always full of strangely macabre, but also comical, lines. However, there is another aspect of the character that has caught the attention of fans: have you noticed that Wandinha almost never blinks?

There is an interesting explanation for this and Netflix itself, through Twitter, killed the curiosity of viewers. According to the streaming giant, the serious and unblinking look of the protagonist of Wandinha it was Burton’s choice. See the post:

After trying one take where she didn’t blink, Tim Burton was so enamored with the result he told Jenna Ortega not to blink anymore when playing Wednesday. So she didn’t. pic.twitter.com/h5Ver9oozC

The tweet reads: “After attempting a take in which she [Ortega] didn’t blink, Tim Burton was delighted with the result and told Jenna Ortega not to blink anymore when she was playing Wandinha. Then she didn’t blink anymore.”

The choice proves to be quite assertive when we realize how Ortega’s gaze becomes even more penetrating and frightening this way, without blinking or too many movements. The feature only reinforces Wandinha’s darker vibe and sets up a very clever move by Burton, who understands a little thing or two about darker elements.

Still on the creative choices of Wandinha, Ortega revealed that he did not want to turn to Christina Ricci (the first interpreter of the character on screen) to take tips. “I felt like I didn’t want to do something that she’s already done 30 years ago. For my own benefit, but beyond that, I didn’t want to copy her and I didn’t want to look too much like her,” the actress said in an interview with Collider.

In the Netflix series, we follow Wandinha as she enters the famous Escola Nunca Mais, home to several young mystics. There, she needs to navigate new relationships, while having to unravel some mysteries, including murders that have plagued the region.