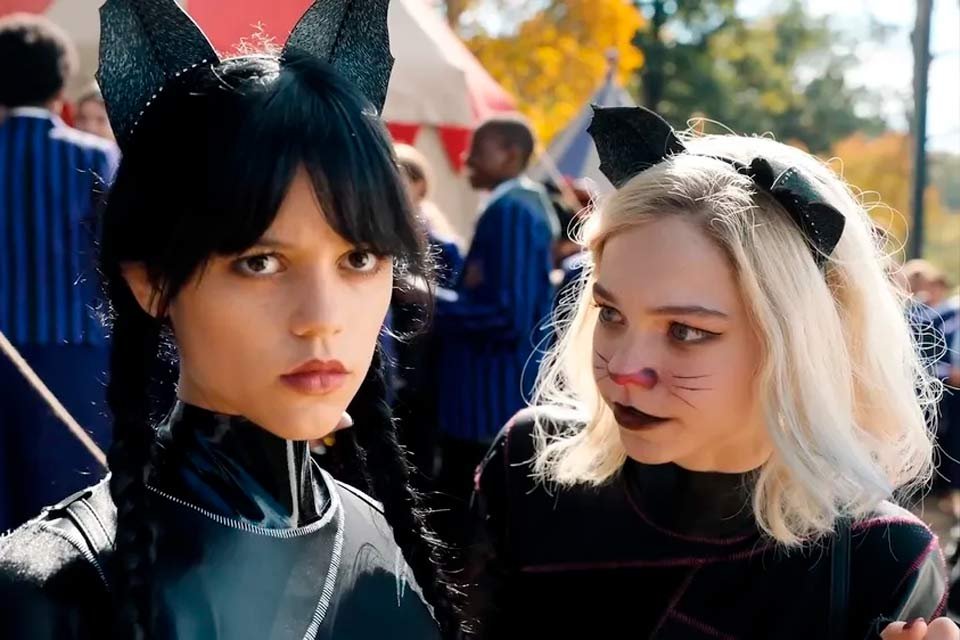 The duo of the moment, Wandinha and Enid, played by Jenna Ortega and Emma Myers, had fun on the recording set, according to a video released by Netflix.

In the images, Ortega appears hitting Myers with a flashlight in a blooper, but both actresses are in good spirits. See below.

Unlike Wandinha, Jenna Ortega always appears smiling and in a good mood behind the scenes of the recordings, contrasting with the dark and morbid look of the main character.

Wandinha premiered on November 23 and is already the most watched series for a week, alongside Dahmer: An American Cannibal and other streaming titles.

However, the series has not yet won confirmation of a 2nd season and Netflix has not made any mention of the subject, even with the hook left in the final episode of production.

The series created by director Tim Burton (The Nightmare Before Christmas) brings a different approach to Wandinha Addams. In it, the character is left at Nevermore College and begins to seek the solution to unexplained crimes around the city in which the academy is located.