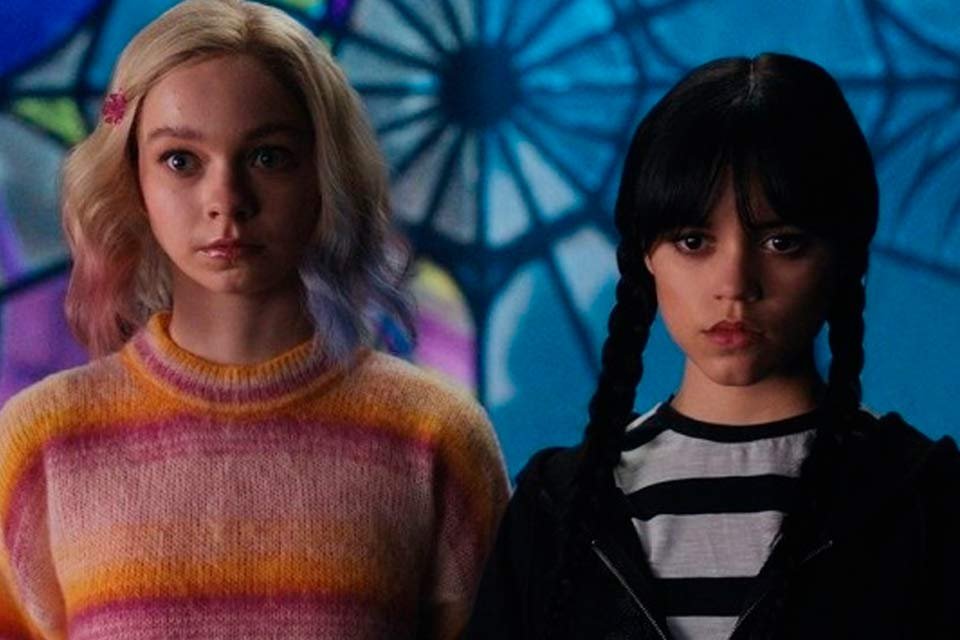 Wandinha premiered less than a month ago and is already a huge success among fans of the series, but a couple drew attention for their chemistry: Wandinha (Jenna Ortega) and Enid (Emma Myers).

The synergy of the characters was such that fans began to debate whether the protagonist has more chemistry with Tyler, Xavier or Enid herself.

The actresses commented on this ship with a humorous tone. Jenna Ortega said that “in the perfect world, they would be something” and Emma Myers agreed, joking that opposites attract.

This is because, in the series, the protagonist is dark and morbid, while Enid, her friend and roommate, is the living definition of a colorful unicorn and a rainbow, with her sweet and romantic humor.

In the series, in one of the few demonstrations of feelings, Wandinha becomes involved with Tyler, while Xavier is also interested in her. Enid, on the other hand, does not appear as the character’s romantic interest, but fans feed that hope.

Wandinha premiered on Netflix on November 23 and has already broken records. It was the first time any English-language show had been watched for more than 400 million hours in a single week.