Sequel to the hugely successful series, Vikings: Valhalla follows the trajectory of the original production, moving forward 100 years in time. The focus lies on the adventures of Leif Erikson, Freydis, Harald Hardrada and the Norman King William the Conqueror.

In the Netflix original series, the work of the design team responsible for creating the project’s brand was super loaded with symbologies🇧🇷 Our keen eye identified each of them, and now we’re going to tell you. Check out.

The concept behind the brand Vikings: Valhalla

The brand that represents the Netflix original series Vikings: Valhalla it is loaded with implicit meanings. To translate them for you, we went after the information provided by their creators. The first detail to note is that it is initially divided in two, starting from the middle of the letter V.

On the left side we have everything that connects with family and life – aspects considered less known to the Vikings. The upper left is a frank dialogue with the crafts and technological advances provided by these peoples.

The central left part represents brotherhood and the bonds considered unbreakable between them. The last part, lower left, concerns growth and life. According to its creators, the execution of the project was based on aspects of the history and royal symbols of the Viking people.

The right side is the representation of violence and conflicts, that is, the darkest aspects of this society. War and death are represented in the form of a sword’s blade. 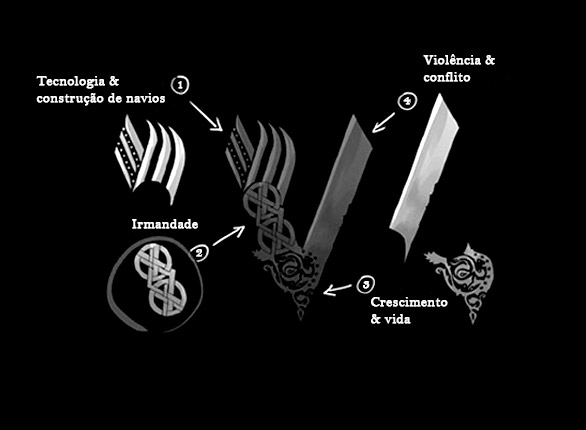 the brand of Vikings: Valhalla it was not done haphazardly. There are details in it directly inspired by symbols and characteristics of royal Viking society. There are at least four.

The first is inspired by pictures of Viking ships; the second, from the brotherhood, draws inspiration from the valknut, the knot of warriors; the third, of growth and life, is inspired by Yggdrasil, the world tree; Finally, the fourth, with its cracks, frayed texture and blood spatter, show the violence and conflict that surround the existence of the Viking people.

The Symbols of the “Real” Vikings 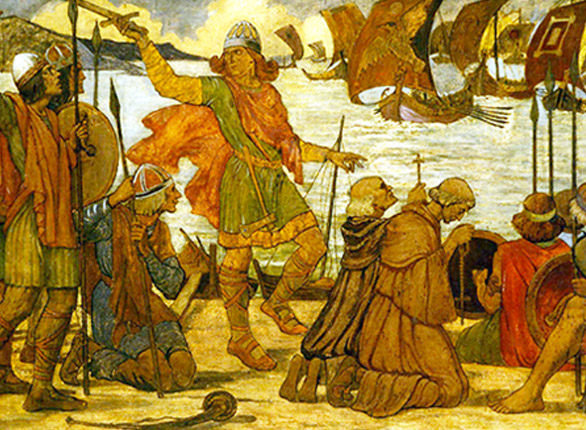 The spiritual beliefs surrounding the existence of the Norse people and the Vikings were a concrete part of their daily lives. Several aspects are contained in this set, among them the conviction that cosmic forces would play a fundamental role in its existence.

Even for that reason, magic was defended by them as something concrete, especially the practice of seidr – a kind of Nordic magic, whose conception presents very potent symbols that have been perpetuated in the regional culture. It is very difficult to dissociate them, that is, to understand the Vikings without understanding these symbols.

In general, it is possible to affirm that the creation of these symbols had as objective express values, ideologies and feelings, in addition to beliefs, as we mentioned earlier.

Although it is a complicated task to point out which were the most important and significant, we have separated the ones that have been most recurrent in the works that approach the culture of the Vikings. Look: 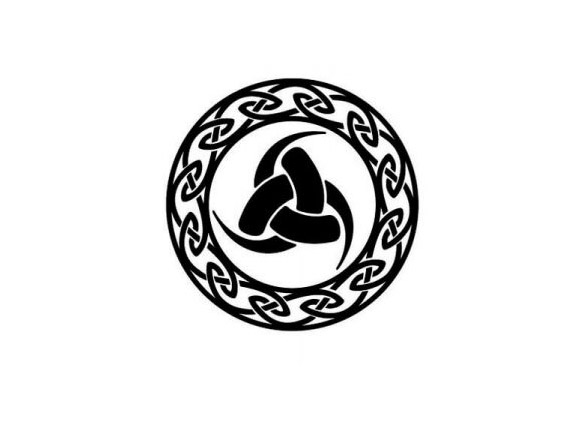 Connected to the authority and strength of the god Odin, known to be the most famous of Viking Age warriors, the Triple Horn of Odin, or Triple Triskele, is made up of three interlocking drinking horns.

Historians and experts in Nordic culture do not have in detail the concrete meaning of this symbol and its function, but the consensus is that it would allude to the moment when Odin would have ingested the Mead of Poetry and Wisdom three times.

Its contemporary use aims to symbolize, precisely, knowledge and poetic inspiration. 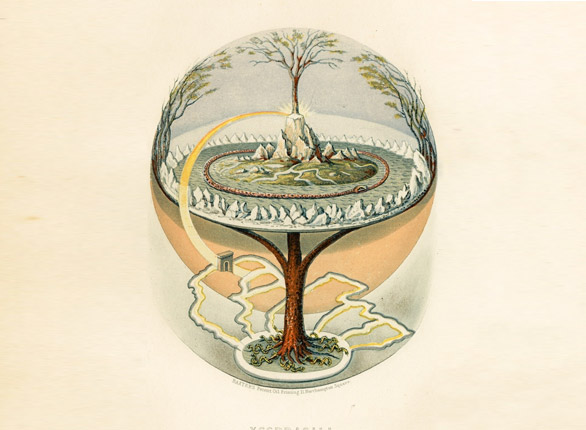 Yggdrasil, or Tree of the World, or Tree of Life, is not only represented in the branding of the series Vikings: Valhalla as is the most important symbol of Nordic culture🇧🇷 He would be a great ash tree, grown from Urðarbrunnr, the Well of Fate.

According to the beliefs of this society, the nine dimensions (or realms) were intertwined in the roots and branches of Yggdrasil. It would have served, then, as the path between each of these dimensions, through which the goddesses would travel.

Its importance was immortalized in songs, poems and other literary works. The cosmos, destiny, time and harmony, in addition to the cycles of creation and nature, would have their origin and representation in this important tree. 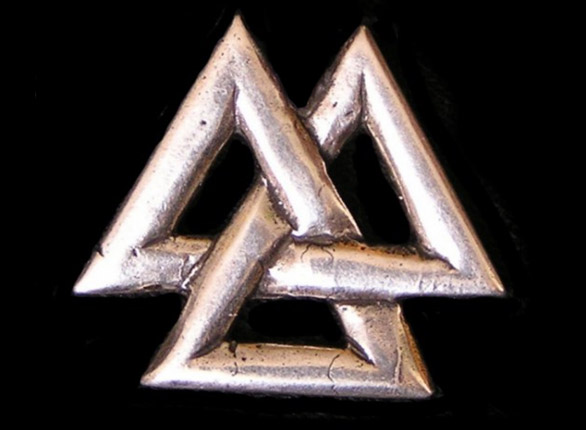 Valknut competes with Yggdrasil as the most important symbol of the Vikings. It is also called “the knot of dead warriors”.

Viking people believed that people of ordinary lives were destined for a dark afterlife. On the other hand, they associated the courage and strength of those who died in combat as a necessary stage to reach eternity in Valhalla, the home of the gods.

These would be taken by the valkyries, noble maidens who carried the souls of warriors towards the divine abodenot without first marking them with the valknut, symbol of Odin.

The name is derived from the words “valr” (dead warrior) and “knut” (knot), and its graphic representation shows three intertwined triangles.

Are you also a fan of Vikings: Valhalla🇧🇷 Then share this article with your friends and increase the Odin community. Do you know other symbols that we have not mentioned in this article? Tell us through our social networks. See you next time!

How to use the Google Assistant to make plans with friends