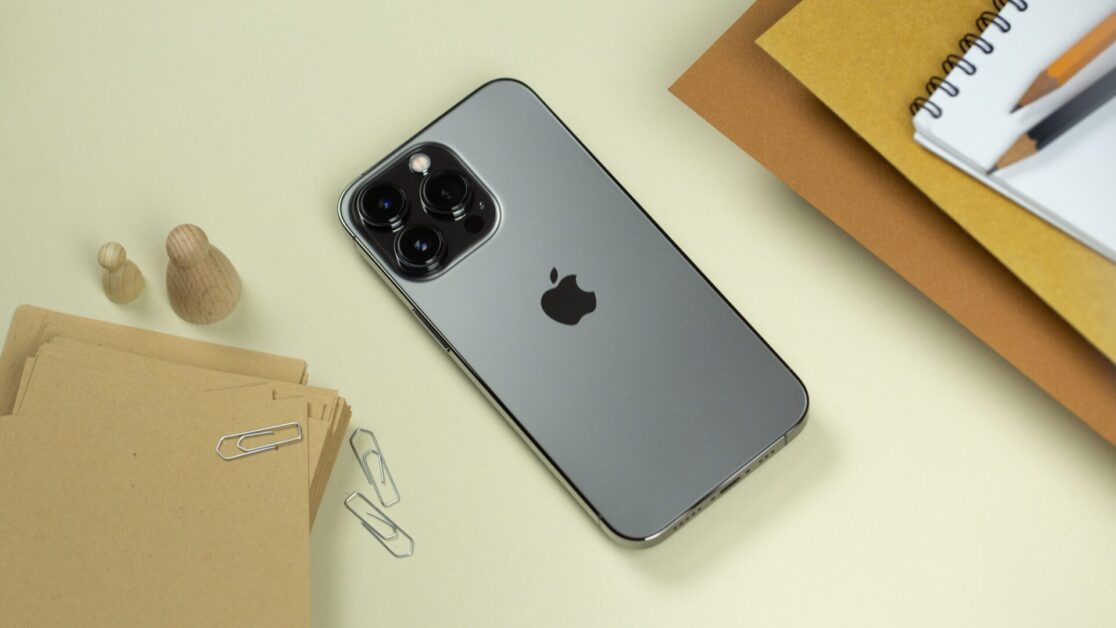 Will Apple manage to pack the sensors for Face ID in the iPhone 14 in a punch-hole notch? In the rumor mill of the new iPhone, this is the hottest question yet to be answered in 2022. A Twitter user now claims to show photos of a prototype of the iPhone 14. In the shaky pictures we actually see a punch-hole notch – or an unknown flying object!

First of all, it should be said that the twitterer does not give any information about his source. Accordingly, it is difficult to judge the truth of the images. However, they show a possible design that differs from the previous iPhones. You can see that the typical notch is missing and has been replaced by a hole punch recess. Next to it there is a hole in which the Face ID sensors could be embedded.

This is likely real for the 14 Pro/Pro Max. Just a heads up, the hole punch is that center piece. The hole next to it is a reflective piece for the Face ID module, which will in turn cover the dot projector. It won’t be visible from the outside pic.twitter.com/GSCbUzquXH

For more security and reliable detection in the dark, Apple’s Face-ID projects a matrix of 30,000 infrared points onto your face. For this reason, Apple has to install an infrared projector, called “Dot Projector” by Apple, next to the selfie camera on the front of the current iPhone. This difficulty is one of the reasons why Apple is not yet relying on a punch-hole notch like many Android manufacturers.

How realistic is the punch-hole notch?

A modified notch is one of the hottest rumors floating around about the iPhone 14 right now. Although Apple should initially only limit itself to the Pro model with this change, the punch-hole notch would definitely be a sensible further development. Because the notch of the iPhone 13 has already shrunk compared to the previous models. Apple could improve the display-to-case ratio even further with this trick.

In addition to the admittedly miserable photo from Twitter, there are other rumors that we heard last year. The mini model, which was only introduced in 2020, will also be on the brink in 2022. Although there are always loud voices on the Internet that speak out against the trend of growing smartphone displays, the iPhone 12 mini and iPhone 13 mini models do not seem to be bestsellers.

If Apple pounds the mini series again, there would still be the iPhone SE for Apple fans with smaller hands. However, we only reported yesterday that Apple is not planning a design update here until 2024. So it will not be easy for fans of small smartphones in 2022 either.

What do you think of the tweet? Do you think such a design is possible for the new iPhone? Let us know in the comments!

Advertisement. Scroll to continue reading.
In this article:Apple, display