The first trailer of “Avatar: Water Essence”, the continuation of the highest-grossing blockbuster in history, hit the web. For a few days already, the material could be seen before the screening of the film “Doctor Strange in the Multiverse of Insanity”, but only today we can take a look at it at home. The second reading of the trailer only deepened my conviction that such a long break between episodes is unlikely to be good for the sequel.

“Avatar 2” is coming, and “one” from 2009, directed by James Cameron, still reigns supreme on the list of the highest-grossing films in history (the title was briefly removed from him by “Avengers: Endgame”). The $ 237 million in the budget recouped in impressive excess – $ 2.847 billion in the box office is impressive. The film achieved a spectacular success, although it did not turn out to be the announced revolution in the field of 3D cinema consumption. Yet the name of the gifted craftsman Cameron and the loud announcements of something groundbreaking did their job and drew crowds to the cinemas. Ultimately, “Avatar” turned out to be a cosmic version of “Pocahontas” with an intriguingly designed Pandora world and absolutely visually stunning. In 2009, CGI at this level was able to take power over the jaw, which fell on the chests of cinema fans in delight.

Avatar: The Essence of Water has no chance to make that much noise.

First of all – if someone felt the hype after the premiere of “one”, thirteen years later there is nothing to collect after it (personally I do not even remember very well most of the characters – their characters and motivations). Avatar 2 is not accompanied by the pumping marketing campaign atmosphere of a milestone (if not in the field of cinematography, then at least in the technical sphere) – and the trailer leaves no doubt. Of course, it looks really great. And that’s it. The beautiful locations in the trailer for Cameron’s new film slightly surpass the beauty of those that I can see while playing the new “Horizon” on PS5.

The other elements of the trailer also do not captivate. The writers faced a difficult task – to write a continuation of this well-known, but universal story in such a way as to maintain the tone of the message, expand the universe in an interesting way, develop the characters and tell something that will encourage the screening of the subsequent parts that have been announced for years . This is a really tough thing to do for many talented creators.

It does not immediately mean that I predict defeat for “Avatar 2”. None of these things. Cameron can make a solid film that will satisfy viewers and journalists; the names of the cast members will attract crowds to the cinema, and those who remember the “one” will probably also go to the screening, if only out of curiosity. The more that on September 23, the film is to be released again in cinemas (including Polish cinemas), allowing you to refresh this story on the big screen in a remastered version. However, this does not change the fact that the first teaser is not material that, after these thirteen years, can evoke real emotions from the viewer (sure – I am speaking here primarily for myself). James Cameron believes the new movie will once again compete with the MCU’s top-grossing hits – the fact is, this time around, there is no potential on this scale.

How to improve cell signal

9 applications to scan documents with the cell phone 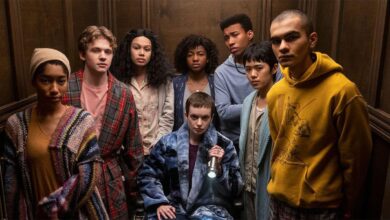