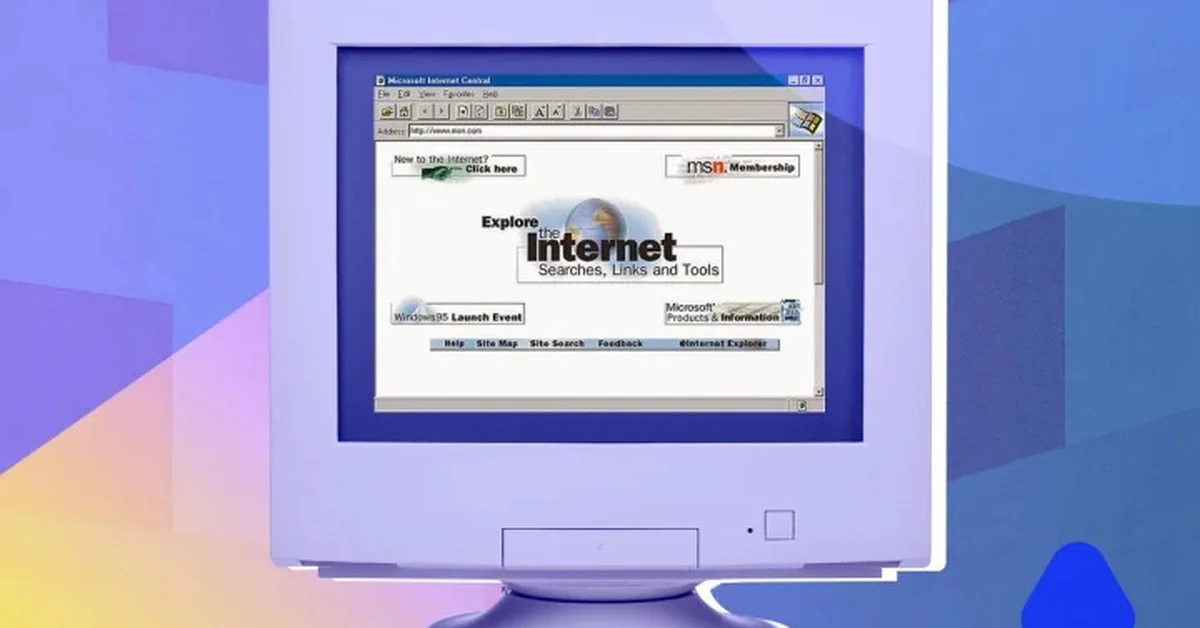 The history of the Internet does not begin in 1969 with its creation under the name of ARPAnet, with the intention of connecting various computers in universities to share information, mainly military. However, the creation of this form of communication it became a virtual public space over the years until it reached a point where people began to create the first websites.

Although it is true at the beginning, there were very few and they were clearly aimed at the search for information, companies became present in the world virtual to offer products Y services on this platform.

These are early versions of the websites from some of the best-known companies in the world today.

One of the companies dedicated to electronic commerce largest in the world did not start on the internet as a page that offered a wide variety of productsbut in 1995, when it became virtual, it was dedicated to the sale of books. 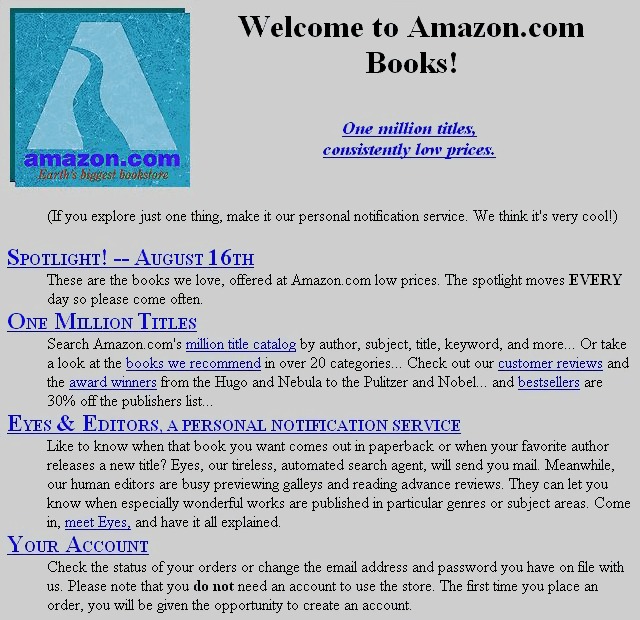 After being founded in 1994, Jeff Bezos’s company offered a total of one million text titles that could be requested by email by interested users. “Please come often” was the phrase he used Amazon so that users constantly return to the web page in search of lower prices for books.

On the other hand, the company offered a service of notifications via email “when your favorite author releases a new book”

Regarding electronic commerce, the first version of the Web page from eBay was launched in nineteen ninety six and already had tabs at the top of the screen. This page, which advertised itself with a “format of auction”, had sections to review a list of products, buyers Y sellers among other options. 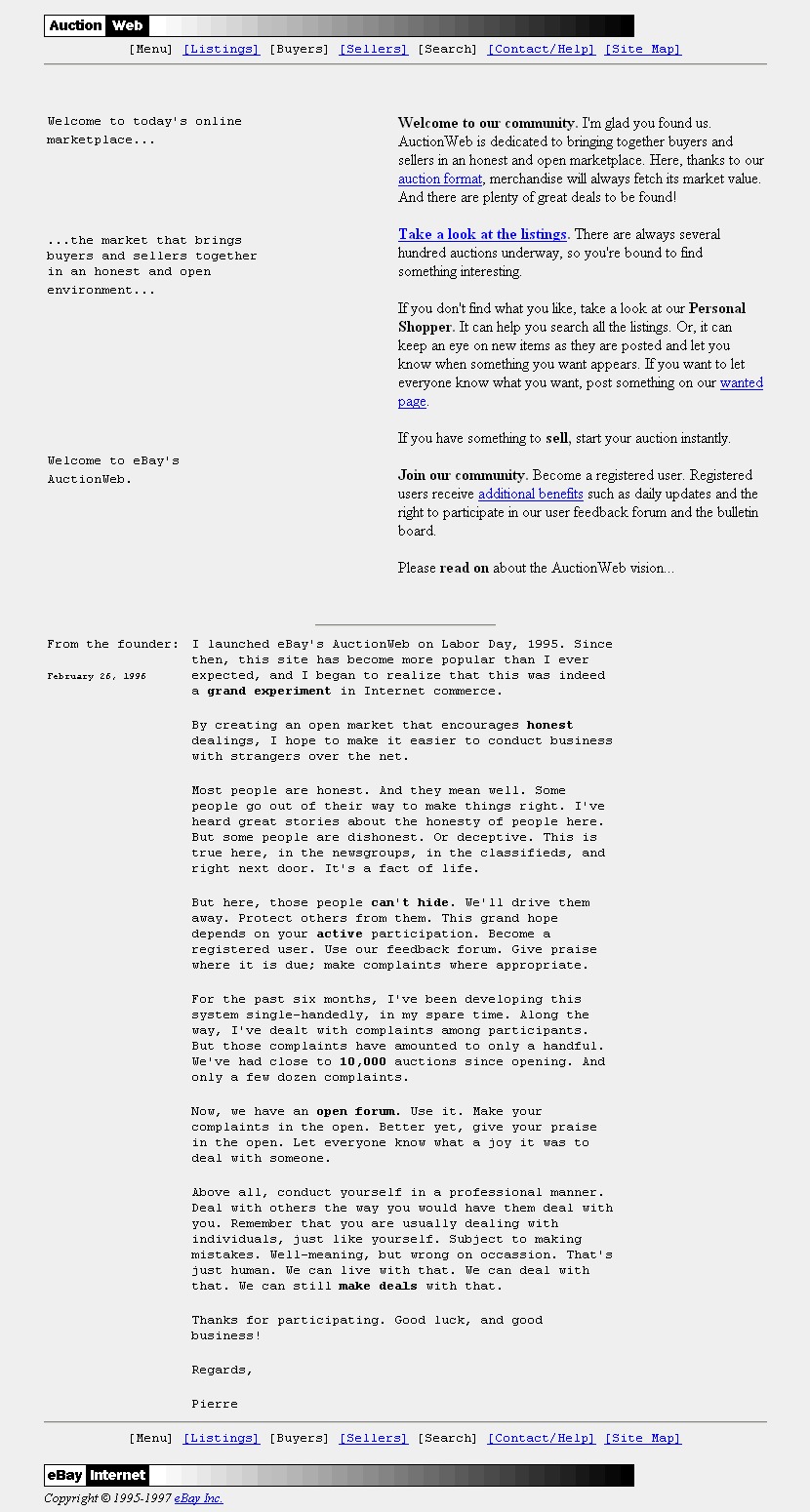 One feature of this website was the letter addressed by the founder of the company, Pierre Omidyarto users who visited the website in which he commented that eBay It was a safe place where people could carry out their commercial transactions because, as he stated, “we have completed 10,000 purchases and we barely registered a dozen complaints.”

“Treat others the way you would like to be treated. Remember that you are talking to people just like you who are subject to committing mistakes on some occasions, that is human”, indicated the statement written in the Web.

The distribution of the elements in the first website of Google not much has changed since its arrival on the internet. The logo of 1998 It has some similarities with the modern one, at least with regard to the letters that make up the name of the companywhich also displayed an exclamation point at the end of the word. 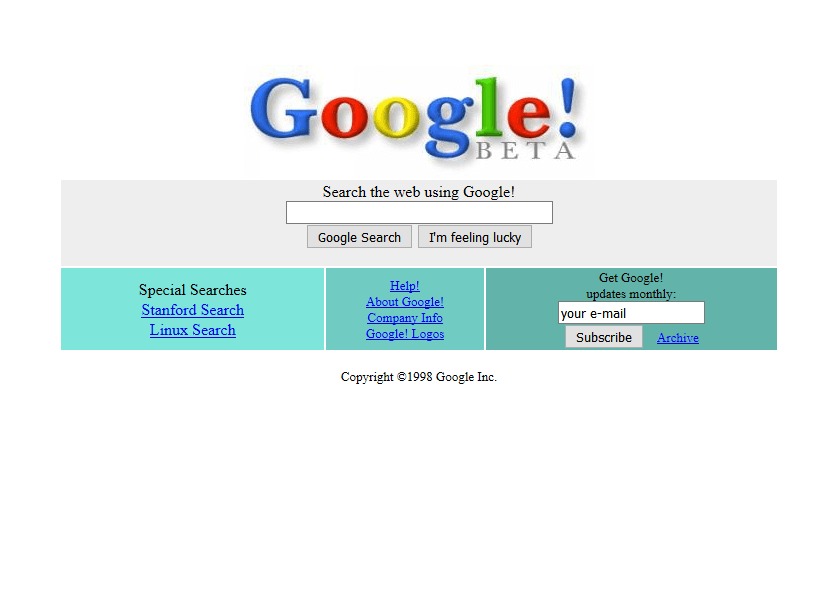 The “Search in” buttons Google” and “I’m going to be lucky” have remained on the website since then, although they were further removed from the toolbar. search. It was also indicated that in the event that the user wishes to have news about the Webyou could enter your email to be notified.

Currently the logo of the company has changed and the services that it offers are much more diverse than those of that time.

The company that owns the service streaming with more active users in the world did not start offering online content, but began its evolution on the internet in the year 2002 as a video rental company in physical formats such as DVD in the United States, although it did maintain a certain aspect like that of the subscription monthly.

“Rent all the DVD movies you want for 20 dollars per month” is what was indicated in the website which also offered free shipping services to people who requested it. In addition, the website added that if a person returned the DVD Inside an envelope, it was possible to get a new movie from a personal selection list for each user.

According to Netflixthe delivery time was between 2 and 4 days by mail and it was possible to request up to 3 films at the same time.