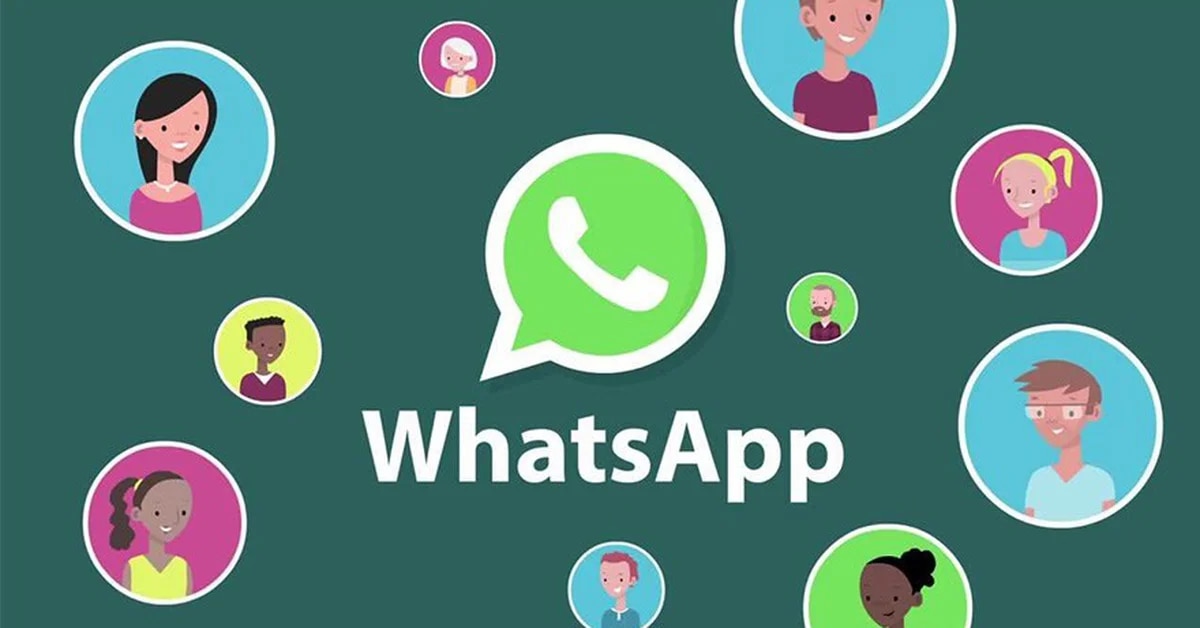 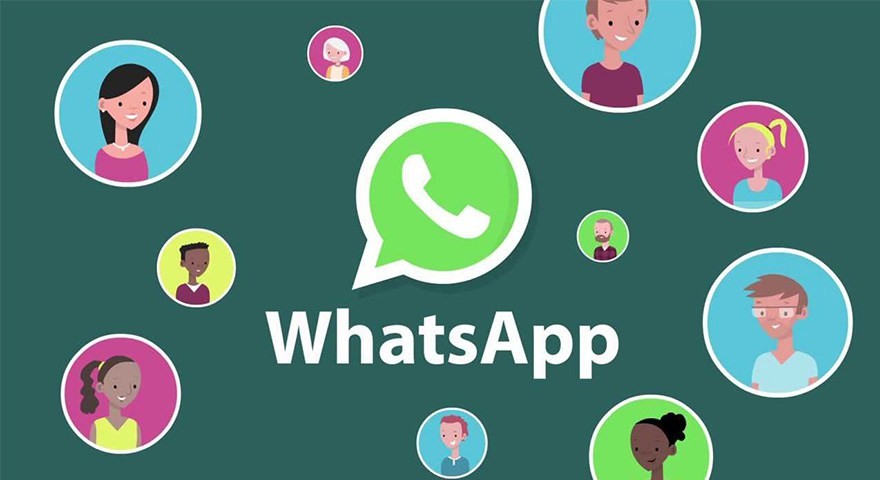 It will be possible to leave a WhatsApp group without anyone knowing. (photo: tiroriro.com)

WhatsApp allows you to invite anyone to a group, as long as that person has the ability to accept those invitations turned on. And until that moment, no way to leave groups anonymously and without leaving the “exit group” message.

Fortunately, WhatsApp is working to allow anyone to leave groups without the application specify it, an option that users have requested for a long time.

And it really will be a very useful option. How many times has a person been invited to a WhatsApp group that has nothing to do with one. The parties that you have not thought about going to, the groups that parents create together with the children of the school, the invitations of the person that you do not like so much.

When all these situations happen, definitely one thinks about leaving the group even before reading the first message, but WhatsApp to date does not allow to silence this action; leaving one as if he did not want to share the space with others.

With this soon update, it will be really interesting to leave a group anonymously and without the need to archive it to lose sight of it.

Yes you can leave a group in ninja mode, but only one person will know

WhatsApp recently introduced major improvements to its groups. communities Soon, they have also expanded the number of users who can join any WhatsApp group: up to 512 people. In addition, the company has started working on an option that has started to appear in the code of the web version.

First, you have to recap. When a person leaves a WhatsApp group, the app always warns that one has withdrawn from said group, but the novelty is that it will stop doing it. 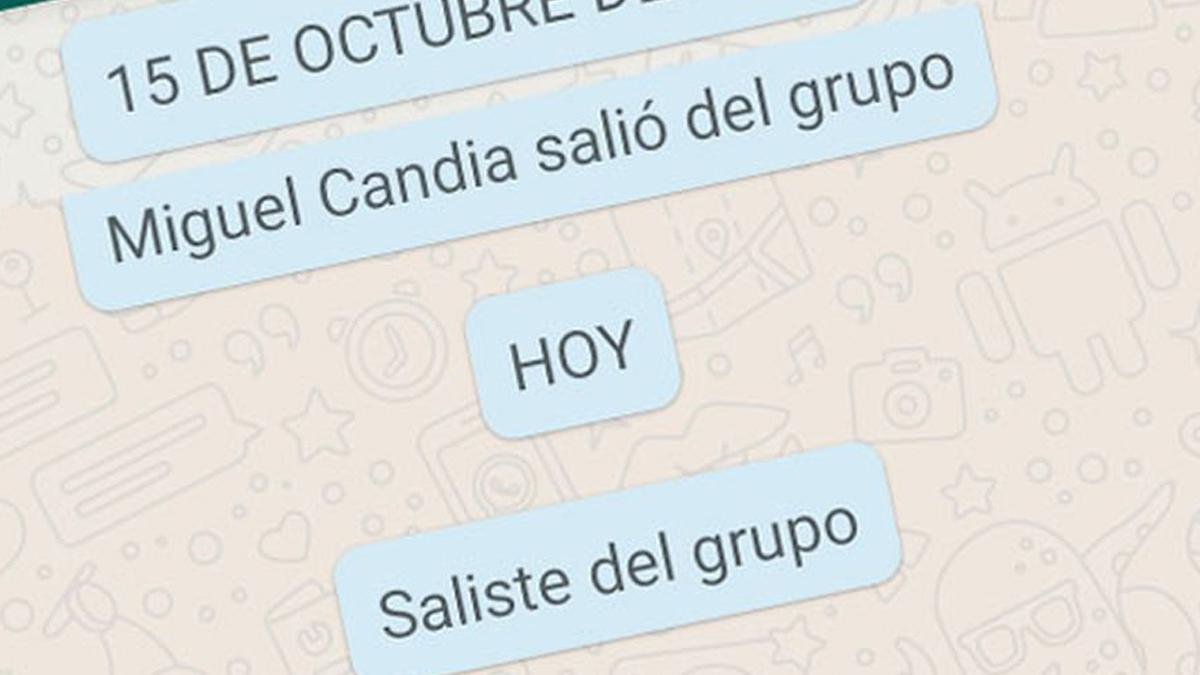 WaBetaInfo is in charge of discovering the novelty related to WhatsApp groups: as shown in its screenshot, taken from the web version of the application, WhatsApp has included the silent skip of groups in its messaging preferences.

Once enabled, anyone can leave the group without the application notifying their departure, which is exactly what has happened so far. Of course, this novelty has an important nuance.

Next WhatsApp update when a person leaves a group. (photo: WABetaInfo)

While WhatsApp will not make it public that a user has left the group, yes it will with the administrators of said group. That is, it won’t be completely anonymous because the group owner, and anyone who has become an admin, will know when a member leaves the group.

As usually happens with the news that WhatsApp is testing at the code level, It is not known when the company will enable anonymous group bypass. It is currently hidden in the web version; it will definitely be hidden in the beta versions of Android Y iPhone; in the future, it will eventually come to stable versions of mobile applications. Perhaps when the communities are permanently deployed.

How to avoid being added to more groups on WhatsApp

If you don’t want to be added to groups without your consent, go to Settings > Accounts > Privacy > Groups. There you can configure who can add you to the group: Everyone, My contacts (only certain people) or nobody. 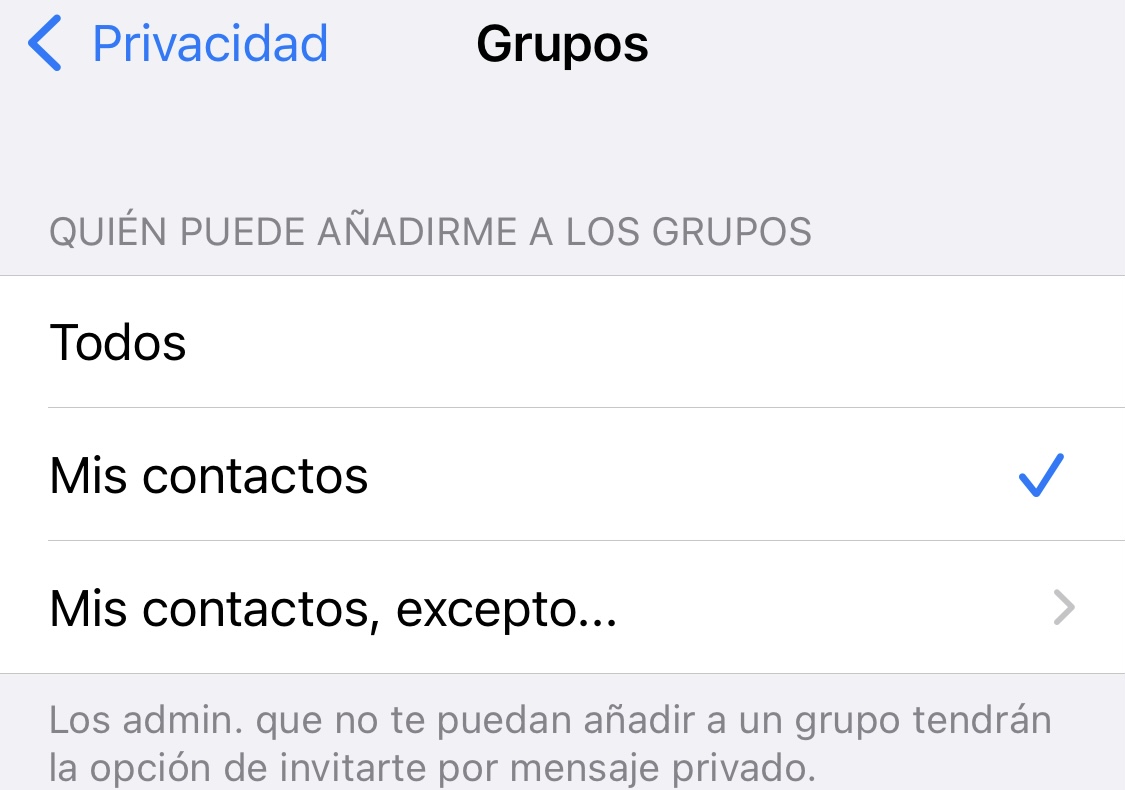 Settings so that WhatsApp groups are not annoying. (iPhone/WhatsApp/Jose Arana)

in the option ‘My contacts, except…’ is where you can choose which contacts can have the permission to add you to a group.

If selected ‘All contacts’ (icon on the top right), no one will be able to add you to the group and this person will have to invite you with a link so that you can accept yourself and thus join the group.