Since Goal said he would implement this new feature in his instant messaging applicationnothing has been known about it. However, it has already started to roll out among various users: the communities of WhatsApp in some countries like Peru or Argentina.

And from TechMarkup it has been possible to test: they intend to be a great tool for those who need to manage large groups of users; maintaining order between all possible conversations. A message group deals with a specific event, such as a birthday.

Also, it acts as a communication bridge between a group of lifelong friends or, as parents well know, it would be very useful to share information about what children do at school.

Since the objective is to be a kind of communication forum, any group of people can organize themselves in one of these Communities to share experiences, organize a company or entity as an open space for all authorized users. After the tests carried out, it can be said that the WhatsApp Communities are a group of groups.

The groups of groups in WhatsApp: how they work

Communities are groups related to a specific topic (school, company, forum, among other examples), which in turn includes several groups that cover more specific environments (studies, institutions, hobbies, and more).

WhatsApp wants the messaging app not only to communicate with people, but also for each group of users to have a space in their home to share it in the rooms they want.

Communities are like forums in the WhatsApp app, allowing all participants to organize themselves based on different criteria. These Communities have global administrators who are responsible for maintaining order at the community and group level. 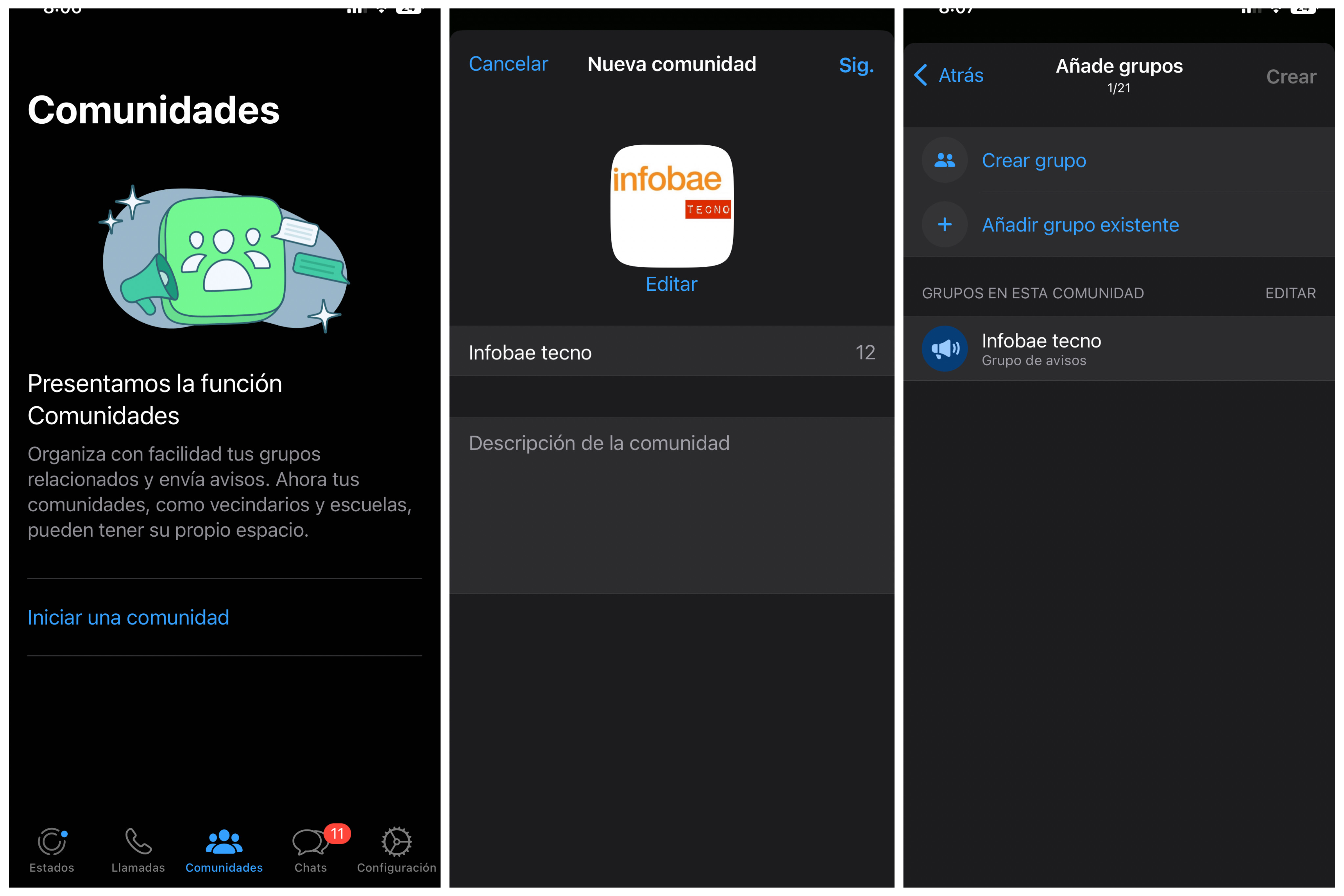 And all groups organized under the community have their own space and opportunity to meet other members of the Community. Always without revealing private information like phone number.

Every time you create a community, the administrator decides which groups will be added to it and also has the option to open new groups specifically for that community.

In addition, WhatsApp includes a transmission tool for administrators to share important communications that all groups need to know about.

The administrator can control everything that is said in the Community, who participates in it, and whether the groups are participatory (participants can comment) or informational only (only the administrator can send messages). Communities have their own icon in the bottom menu of the iPhone and its own tab on Android.

The deployment of this function is progressive

Communities have been activated on WhatsApp for users in some countries such as Peru, or even Argentina. But, on the other hand, in European countries like Spain or Portugal you still can’t see the function’s tab or icon.

In case you still cannot enjoy this function, you can force the WhatsApp code and the Communities in Android making use of a root access. Once these Communities are created, they are not yet functional as they become normal groups – WhatsApp still needs to fully implement the features.

Communities on WhatsApp is expected to roll out to all apps in the coming days or weeks. Basically without downloading a specific version: that activation of new “groups of groups” is possible through the WhatsApp servers.