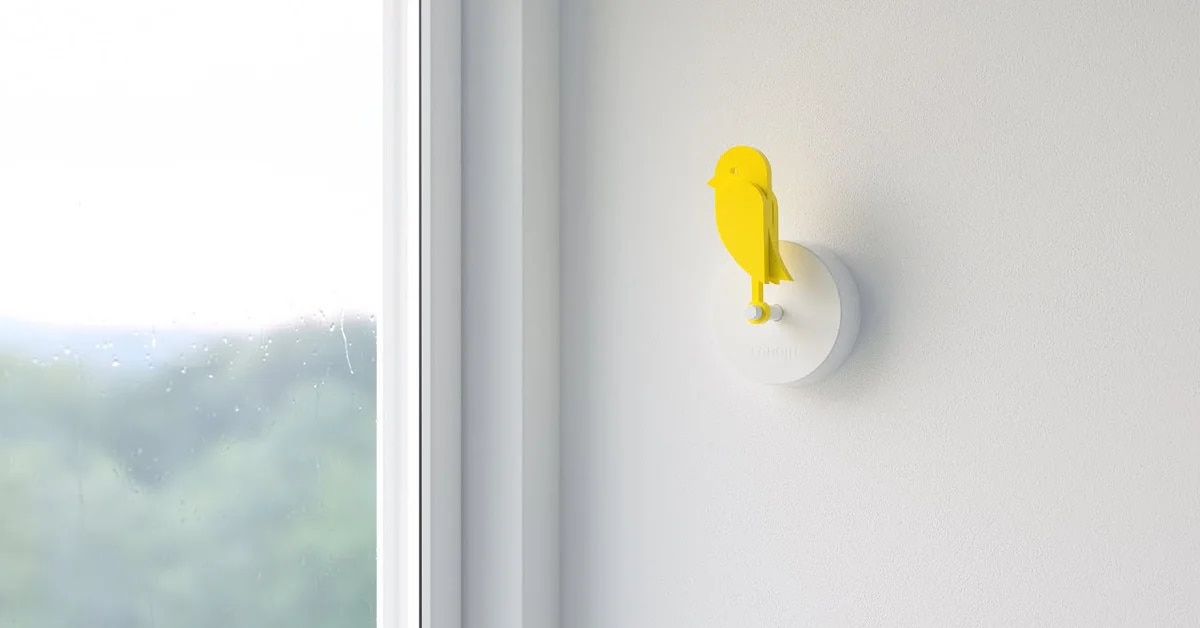 The use of canaries as a means of warning in coal mines for more than a century was suggested by two Danish businessmen. Canairi is an air quality monitor that analyzes the levels of CO2 (carbon dioxide) in a home or indoors, and alerts people when they need to ventilate the room.

As its name indicates, this device uses a canary that ‘dies’ when carbon dioxide levels exceed 1000 ppm (parts per million).

According to its creators, Canairi uses a subtle but effective way to warn people when the air quality is harmful in the home.

When the bird falls, the user should open the window or door to ventilate the room. Once CO2 levels drop, the yellow bird will return to its normal position.

The device was created by Andreas Kofoed Y Hans Hoite, inspired by the use of canaries in coal mines in the late 19th century. At the time, miners used these birds as indicators to measure the presence of fireamp (firedamp) and avoid explosions.

The canaries die when the firedamp concentration exceeds a certain range, which alerts workers to leave the mine.

The device ‘dies’ when the amount of CO2 exceeds the limits

While this plastic canary does not prevent explosions or ‘die’, its function is very useful. According to the Danish health service, “90% of our lives are spent indoors.” Foul-smelling air increases the risk of asthma, headaches, fatigue and sleep disorders, so regular ventilation of closed spaces is essential.

It can be placed in the home, office or school, thanks to its minimalist and efficient design. The canary is made from recycled plastic and It has a built-in CO2 sensor, a rechargeable battery, and a wall mount.

The battery has an estimated useful life of three months and can be recharged via a USB cable. Unlike other air monitors, this one has no display or push notifications on the device or smartphone.

Ventilating a house does not have the same effect if you live in a city with high levels of pollution. Denmark is not a country that makes headlines when smog levels are alarmingly high, as in some cities in Chinese, Indian, Peru either Mexico.

When there is an environmental risk of contamination, opening doors or windows can reduce air quality. Humans are exposed to ultrafine particles that slip inside them. In these cases, it is best to monitor the quality of the outside air to ventilate your home at the right time.

Its creators have already put it to the test in homes, offices and schools. Those who have tried it say that it helps remind them to ventilate the room and does not clash with the decoration of the room.

It is recommended to ventilate the rooms up to 3 times a day, a custom that has been very important during the pandemic.

There are not many available units of this indoor canary. on the platform kickstarter you can get some of the first units at a discount in exchange for supporting the project. The lowest price is approximately USD$113.58 for a Canairi and a cable to charge it.

The packaging is also made from recycled paper and orders will begin to be sent in October this year.