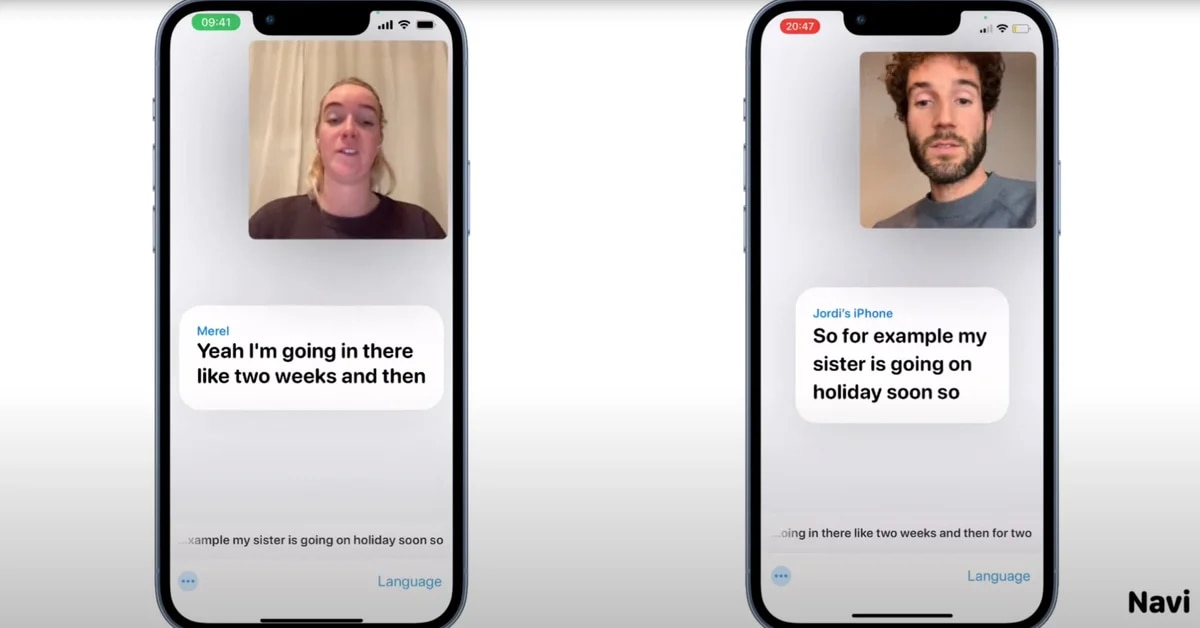 A application innovative has already been on the market for a few months that has extended the use of face time to more and more users. With the hearing impaired and other people with disabilities in mind, the developer Jordi Bruin He launched ‘navi’ in November 2021, an application capable of ccreate live subtitles and translations, available in this video calling app.

Bruin, who is also the creator of Ciboan application for iOS that can scan and translate restaurant menus while traveling abroad, decided to create Navi while visiting the WWDC.

After participating in a session of Share Playbegan envisioning ways to bring the idea of ​​transcription to life among people with disabilities. Navi helps FaceTime users with the following:

– Translate incoming subtitles in real time to more than 20 languages.

– On macOS, subtitles are overlaid directly on the video window.

How Navi was created

Bruin, who as mentioned above also owns Cibo, explained a 9to5Mac how he created Navi:

“In April 2021 I participated in a hackathon and played around with the mixToTelephonyUplink API to allow mute people to speak in phone calls with Text to Speech. During WWDC I saw the SharePlay session and started creating image shapes to make the idea of ​​transcription real again.”

Although the larger goal was to help people with hearing impairments and other disabilities that prevent them from joining easily in a video call, The app is also useful for people who don’t speak the same language but still want to participate in real time.

“SharePlay adds a very simple API for developers to pass information between people in a FaceTime call, all encrypted and with very low latency. I had over 500 people on TestFlight, but since the tests required me to call them all, I had to find better ways, so in the end, I had to FaceTime many times from different devices. And it still amazes me when I use the live translation feature and can have a conversation with someone whose language I don’t speak. It really feels like a sci-fi movie at times,” added Bruin.

With these two audiences in mind, the developer still wants continue to improve Navi for people with hearing impairments and other disabilities. “I’ve heard from some of the hearing impaired users on TestFlight that it’s already super helpful, so most of all I want to hear from them if there’s anything I can add to make the app work better for their specific needs.”

Navi has translation, so it can be used in FaceTime video calls

However, as of 2022, on an unknown date, users will need to make a one-time payment to enjoy the unlimited service. To check how it works, just follow these simple steps:

3, Click on the button that says ‘Enable subtitles’ to invite the other people on the FaceTime call.