It is obvious that if you work from home, Has anyone had a whole day in their pajamas? even when it ‘shouldn’t’, since probably in the telecommuting there are meetings by video calls.

And of course, when that time comes from an office meeting, you always have to dress appropriately, even if the meeting takes place without leaving the house.

That could change thanks to a startup that has created the perfect tool for teleworkers to be in their pajamas, even in the aforementioned meetings.

To do this, the user needs to download the application EmbodyMe to its computer. Then they have to upload a series of images ‘professionals’ of themselves so that the tool, using artificial intelligencecreate a more polished version.

“We are igniting the spark of creativity with technology powered by AI. EmbodyMe’s ultimate goal is to make the unimaginable, imaginable. We offer tools that empower creative minds to seamlessly produce the visual content they envision, using deep learning, without limits or compromises.” ensures the startup from Web page.

From pajamas to a suit or dress

The Japanese company intends to use deepfake software and artificial intelligence to enhance the creativity of its users, allowing them to change their appearance with tools that aim to revolutionize the sector.

In this way, Users will be able to attend meetings zoomamong other apps, as if they were in a suit or dress, while the reality is that they are wearing pajamas or any other outfit not suitable for important video calls.

EmbodyMe released a beta version in 2020. The success since then has made it possible to release the full version. The free option comes with basic wallpapers and images, so if the idea of ​​this startup convinces the user and they want to expand their options, it is necessary to pay USD$ 8 per month.

The technology used by the EmbodyMe application and its functions

The EmbodyMe app tracks 50,000 different points on a user’s face in 3D, being able to detect changes in expressions. This makes it possible to create the most natural image on the screen. The use of the camera also allows to reflect the movements of the user.

Currently, the company offers several tools, one of which is a mobile application called xpression. With this app, users will be able to use their facial gestures to animate famous people, even in videos, as well as use any image from their phone’s gallery to give it a second life and, why not say it, have a good time of laughs. You can also use the second tool of the Asian company, called Xpression Camera, which allows users to overlay an additional layer on the webcams they use frequently.

You just have to download the file that corresponds to the operating systemchoose this software as the main webcam and take advantage of its capabilities. 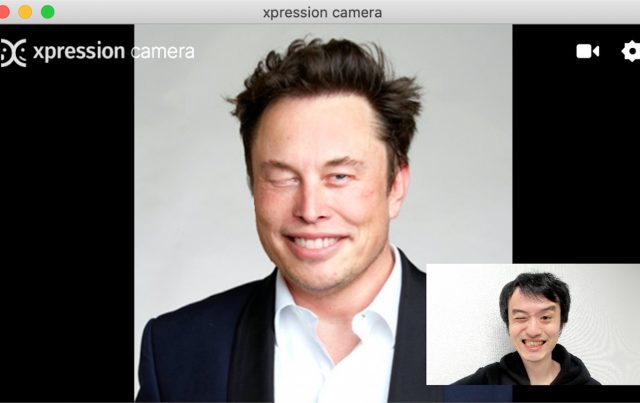 chair tool, Issay Yoshida, noted that EmbodyMe’s strength lies in its ability to “process and create videos in real time”. He also said that this app has a faster loading speed than many computers currently on the market.

Although business meetings can be a good way to use this app, many users create digital avatars to meet other people, but also to make friends.

In a world where technology it is also beginning to be used to expand relationships, making it accessible to anyone from almost anywhere, EmbodyMe makes communication so much easier.

“Looney Tunes Cartoons” and “The Staircase”, among the most watched this week on HBO Max