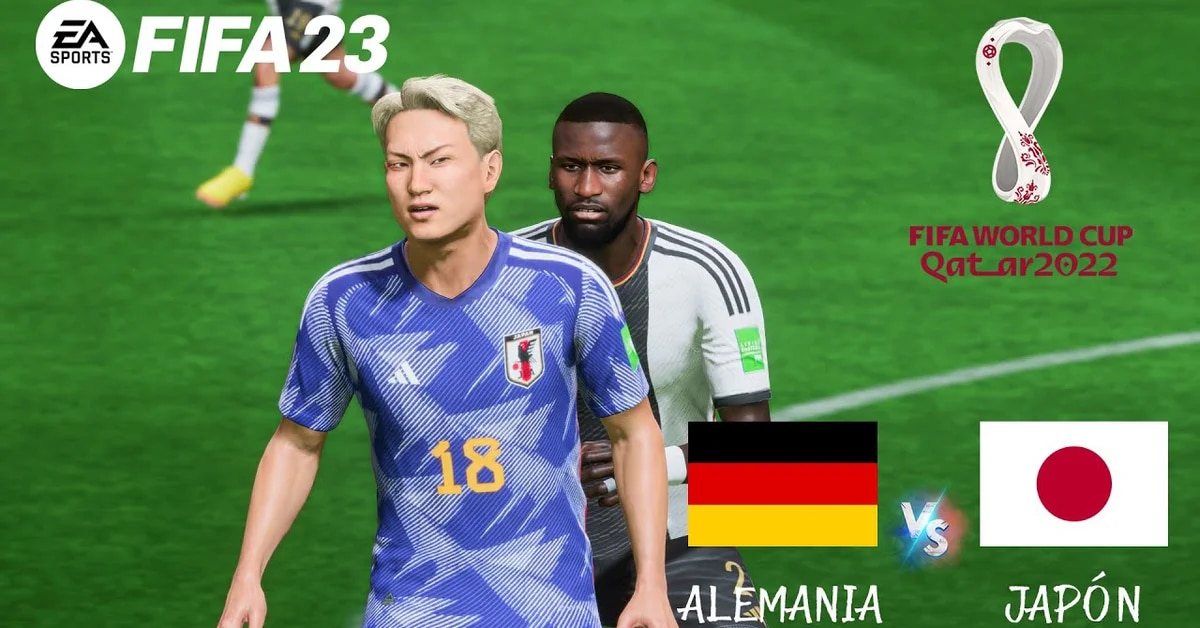 Thousands of Vietnamese wanted to see the FIFA World Cup Qatar 2022 without paying a cable subscription, so they used the typical trick of looking for free links on the internet.

Nothing strange so far. Different channels offered matches with attention-grabbing titles, for example “Live Germany-Japan 11/23 Group E of the 2022 World Cup″ and they were actually broadcasting these matches live. The problem is that they were fake. So false that users watched matches of FIFA 23 pixelated with Vietnamese narration.

As if that weren’t enough, the context is even more striking. Due to connectivity issues in many areas of Vietnam, the video was blurry at first and it wasn’t a live stream of the game, it was like a screenshot, so it could be “believable” at first, or well, very little. believable to be honest.

Another problem is that they also included Vietnamese comments, as if they were legal broadcasts. A perfect combination where thousands of viewers watched a completely fake match for a long time. This was stated by a victim to the Vietnamese medium vnexpress

“It took me a few minutes to realize that the content was false,” he told the aforementioned outlet. Huy Hoang, who lives in Hanoi, about a YouTube video that apparently showed Japan vs. Germany on Wednesday. “Until I read the comments from the live stream and saw close-ups of the players’ faces, I didn’t realize they were footage from the FIFA 23 video game,” he added..

“You have to read carefully before you realize that they were simulations or commentary on the matches,” he replied. Ngoc Thanh a Hoangwho once viewed a fake World Cup video by mistake. Vietnamese were tricked into believing they were watching the World Cup in Qatar on YouTube, and they were rebroadcasting FIFA 23. (photo: Huy Hoang)

Khiem Vu, a manager for a group of digital content creators, said these are common ploys by certain YouTube video creators. “They exploit large, popular events to create live streams, even if those streams don’t have the content viewers need,” he said.

Likewise, khiem said these fake videos can violate YouTube policies with respect to spam, deceptive practices and scams. YouTube says that using the title, thumbnails, and description to trick users into believing that the content doesn’t violate its policies. Typically, these videos would be hidden or modified afterwards to escape Google’s moderation.

“In theory, with soccer matches going on for hours, a channel owner can earn hundreds of US dollars from these kinds of videos,” he said. Nguyen Huyena veteran YouTube content creator.

Many people were victims of these transmissions

And it was not a few unsuspecting people who fell into this trap, designed to supposedly make money through the insertion of YouTube ads. There were live broadcasts of fake matches on YouTube with almost 40,000 simultaneous viewers, all streams of FIFA23 dark matches. Logically, thousands of users complained about the farce in the comments section.

To avoid this type of fraud, from TechMarkup it is always recommended to trust channels that are verified, as the same channel of the World Cup or content creators who have previously announced that they will broadcast the Qatar 2022 matches on their channels twitch either Youtube.