Hygiene is very important in today’s society and that’s why people always seek to take a shower every day (or so they try). But, sometimes one also wants a bathroom in conditions where sitting down to listen to music surrounded by bubbles and foam is also an option.

And now Japanese scientists want people to relax in the bathroom by creating a kind of washing machine for humans with artificial intelligence, which could become one of the new home appliances for people, being the latest generation of technology that can reach consumers if this Japanese invention is successful.

A human washing machine to relax

And maybe no one has thought about it before, but in Japan they just want a human washing machine at home, which is part of the new devices of the latest generation already tested in Japan for the most part aimed at demanding consumers.

And now, Osaka-based technology company Science, which specializes in creating shower heads and bathtubs, has unveiled a washing machine for people that cleanses the body by playing a relaxing video selected by AI.

Basically, it is an ultrasonic bath that allows users to shower with high-velocity water that contains very fine air bubbles that remove dirt from the pores.

This invention, called ‘usoyaro project’will be completed in 2024 and will be presented in all its glory at the 2025 Osaka exhibition, which aims to “wash the mind and body, creating the most comfortable user experience.”

They create a human washing machine with artificial intelligence

Artificial intelligence for a bathroom with videos included

The employees of Science were inspired to create a new washing technology that produces bubbles just three micrometers in diameter and removes dirt and chlorine from the skin.

In the current prototype, the user sits in a chair before being sprayed with water and microbubbles that remove dirt. A sensor is also attached to the chair, which is connected to a electrocardiograph which measures heart rate.

This allows researchers to monitor the user’s nervous system while showing a video on a waterproof screen.

This information is used to train a artificial intelligence which can automatically select relaxing content for the user. In the future, it is expected to be used in hospitals and nursing homes, as well as in homes. 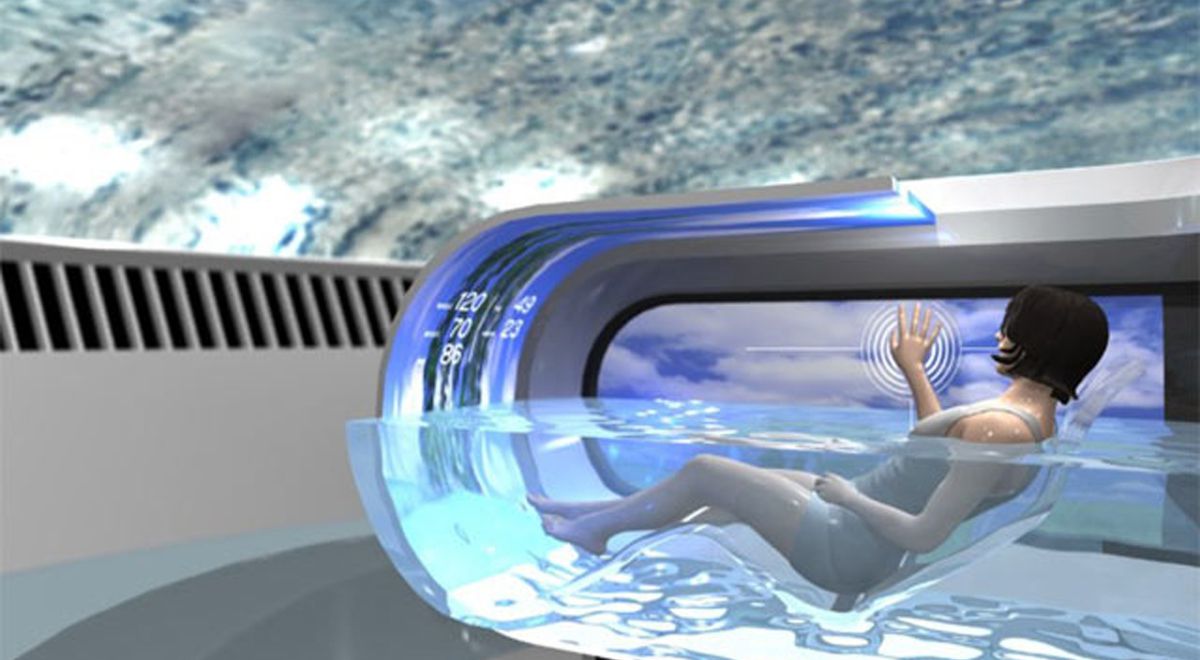 Inspired by the egg-shaped ultrasonic bath in 1970

These types of machines are not entirely new. In fact, a very similar concept emerged in the 1970s, when Sanyo Electric introduced its ‘Ultrasonic Bath’, a human washing machine that cleaned, massaged and dried the occupant in a fully automated 15-minute cycle.

Using a ladder, the bather climbed through an opening at the top of the machine, which was about 2 meters high. Once the desired water temperature was set and the main switch was activated, the user began to be sprayed with jets of hot water for 5 minutes. 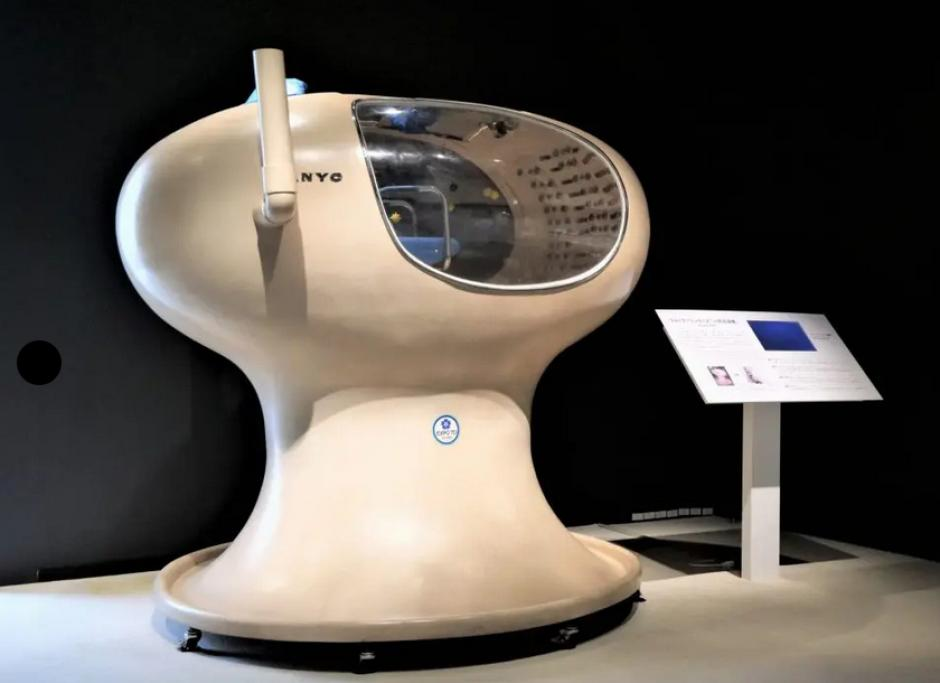 The chamber was then filled with hot water for a 3-minute massage bath. High-pressure jets created a powerful whirlpool, and dozens of golf ball-sized “massage balls” suspended in the water peel the body, delivering a vigorous massage intended to stimulate blood circulation.

An ultrasonic wave generator created a cloud of tiny air bubbles that lift dirt from the skin.

The bath is followed by a 2 minute hot rinse cycle. Finally, a 5-minute dry cycle fills the wearer with hot air, while a rush of infrared and ultraviolet light destroys any lingering germs.

However, the concept never really took off as a Comercial product, but now the Science company from Osaka which is dedicated to innovations in bathrooms and kitchens wants to try it.

Wakanda Forever: What to watch before seeing the new Black Panther movie