The Asperger syndrome it is very difficult to detect, in many Latin American countries more research studies are needed to detect this syndrome, thus identifying the characteristics and being able to determine how many people are diagnosed. According to World Health Organization, 1 in 160 children has an Autism Spectrum Disorder.

In this same line, Miguel Angel Paez Garcia21 years old, software development technology student at the University of Cundinamarca, created a videogame called HASO as a graduation project to promote social skills in boys and girls with Asperger’s syndrome from the age of 6.

“My passion for art, taste for video games, entrepreneurship and insatiable curiosity have motivated me to plan a way to harmonically merge all these aspects of my life into a product or project at the service of the community, because my desire is to convert my passion in a contribution to the world”, confirmed for TechMarkup Miguel Ángel Páez García.

Currently, the University of Cundinamarca focuses on training and developing the ability of students to innovate and act from their knowledge. In this case, software engineering students agree to use the technology for society with suggestions that bring happiness.

“Opportunely, I met Professor Yudy, a great university professor, who offered me the idea of ​​helping to promote social skills in children with Asperger’s Syndrome, an opportunity that seemed perfect to me. Without hesitation, I collected the creative work from months before on a fantasy video game that I was planning: characters, biographies, architecture and others, from there, I partially adapted the art that I had created to optimize the emergence of HASO”, added García.

HASO, the video game designed for children with Asperger’s

The student explains that “making video games is not a game, no matter how minimal the project, it comprises a quite interesting, satisfying, unpredictable and very demanding undertaking”.

The video game essentially consists of a tool that harmonically combines educational and recreational aspects to promote basic social skills in children with Asperger syndrome during their childhood, Well, its design prescribes mini-games for each skill, converging in adventure mode in a guided way, and then being free in open world mode. 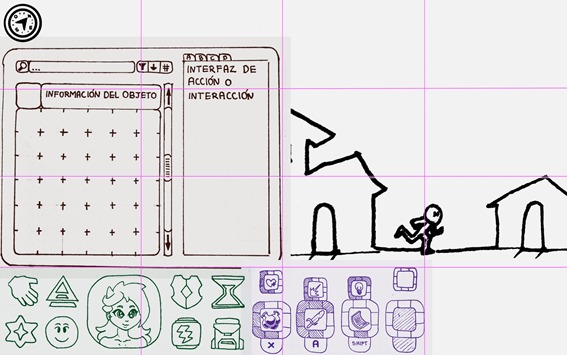 Wiframe of the main interface of the game. (photo: HASO/Miguel Ángel Páez García)

A little guide to playing HASO

According to Michelangelo himself, in HASO the player embodies an infant “Incredibly endowed with skills, abilities, capacities and talents of almost all kinds, except the social ones, since the protagonist’s past recalls an almost orphaned childhood at the cost of guaranteeing his survival.” This is because he belongs to a group of people persecuted by a recent evil new order.

The player’s goal is heal the fantasy world in which that infant lives, especially redeem and guide the characters in favor of peace, harmony, love, forgiveness and other values ​​that define the mission of the protagonist. 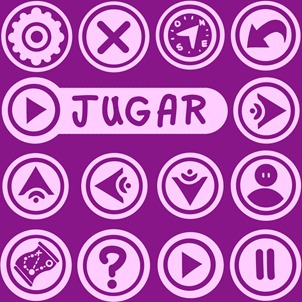 After each interaction with each character, the player will be rewarded with points or other prizes, as well as advancing through each character’s own mini-game through the adventure mode, to then arriving at the drama of the story and having to carry on practically alone, having an adventure in a second phase of free will game, or “open world” mode.

“In this way, more than an action, adventure or strategy game, it also conceives tolerance, since there will be many hostilities and temptations during the game that will try to break your pacifist will without having the option of reciprocating aggression as a player”, explains García. .

In this last point it is important to emphasize that it will be combined in a single skill that represents the maximum level of difficulty in the game, this will be To converse, “which will be key to empathize and persuade the antagonists or villains who oppose the players, the octet will be presented in the adventure mode with the help and guidance of the system,” concludes Miguel Ángel.

Alessandra Rosaldo confirmed that Eugenio Derbez is stable: "He is recovering"