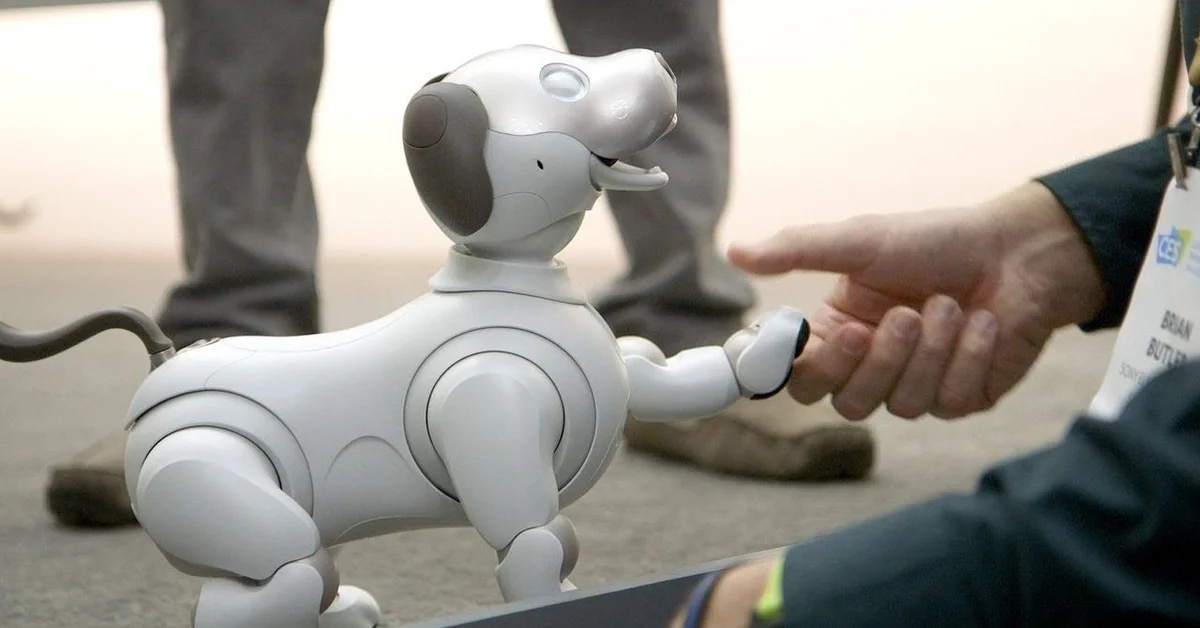 Photography only illustrative of the Aibo Robot. (photo: YouTube)

Scientists want to strengthen the link between humans Y robots, and for this they thought of our favorite pets. And it is that now, the researchers of the University of Glasgow in Scotland they are trying to figure out how humans can better bond with robots, and dog-shaped robots might be the best option.

In the future, people will even live surrounded by robots in their homes, and TechMarkup is not only referring to humanoid forms, but also to dogs that are actually robots and would be good for certain people.

The biggest problem is that humans can have trouble empathizing with these kinds of robots, but the researchers thought of dogs, generally known as man’s best friends.

According to Science Daily, researchers are exploring the possibility of developing robot dogs inspired by these animals that can form bonds with humans.

To get a deeper insight into human dog bonds, Katie riddoch and his research partners conducted a survey study of 153 dog owners.

They asked participants open-ended questions about which dog behaviors they felt were especially important in establishing and maintaining their bond with their dog.

Owners described a wide range of key behaviors, such as pushing the owner with a paw or looking back at the owner on walks, which seemed to facilitate perceptions such as the dog being protective or checking in with the owner. 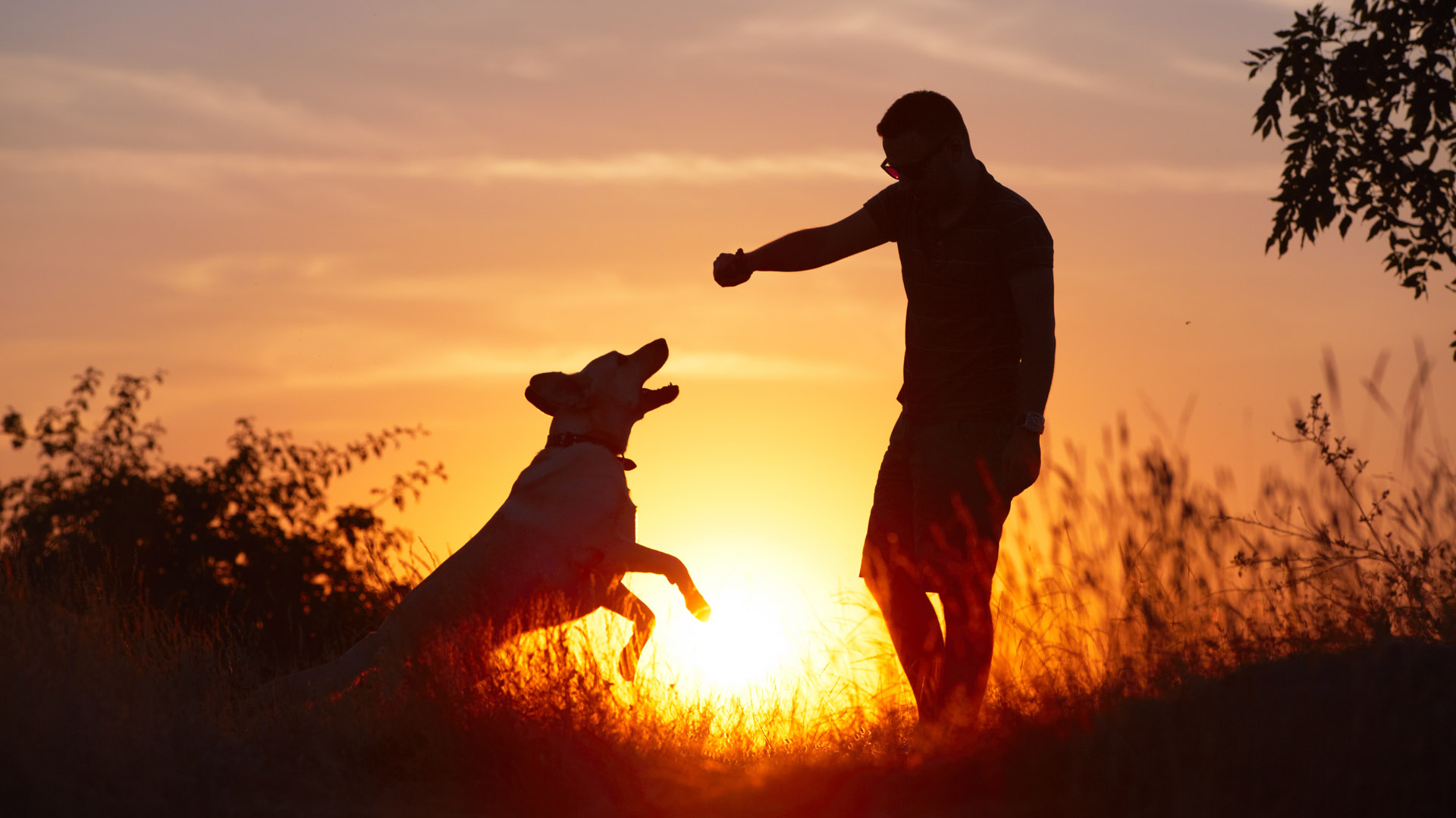 People would not only look for the similar only in appearance, but also in personality traits of the pet (Shutterstock)

By analyzing the responses, the researchers identified 7 basic categories of behaviors What the owners considered important:

– And have a routine. 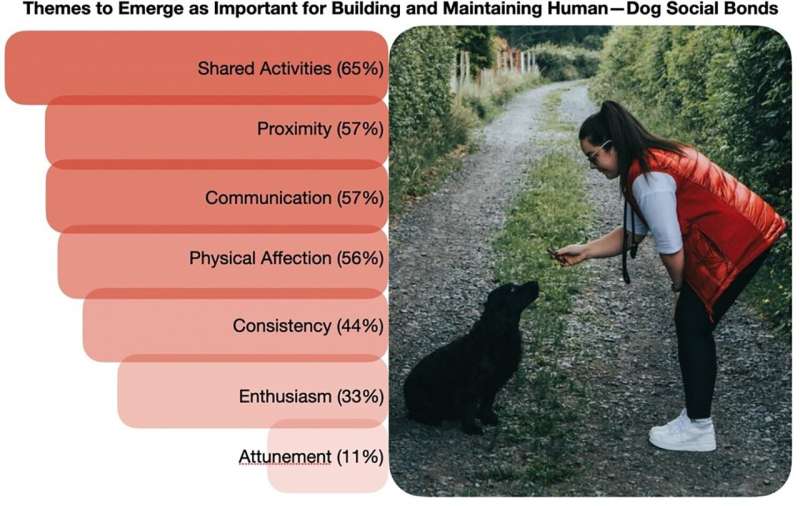 Study by researchers at the University of Glasgow, Scotland. (photo: PLOS)

The researchers suggest that incorporating these kinds of behaviors into robotic systems could aid the development of robots that provide the same compliance and mental health benefits For people who bond with a pet dog. The next step, they say, will be to conduct experiments in which people interact with robotic dogs programmed to behave like real dogs.

Meanwhile, another investigation of riddoch and company could further probe the human dog bond, for example, by exploring variations in preferences for dog behaviors among people with different backgrounds and demographics.

“Using a qualitative approach allowed us to gain a deep and nuanced understanding of the things that people find so endearing about our canine companions,” he says. riddoch He added: “While modeling most of these behaviors in robots will not be easy, this work offers exciting new insights for those working to develop pet-like technologies.”

Robot runner, the dog that accompanies while one trains

The company Unitree Robotics presented in the middle of 2021 Unitree Go1, a robot that can accompany the user while running or cycling. This quadruped, which weighs 12 kilos and can reach a speed of up to 17 km/h, seeks to be a company and an incentive when training. The robot always goes with its owner: neither in front nor behind, but on a par.

The robot, through its sensors and camera systems, perceives the user and is capable of monitoring it in real time at a constant distance. This allows you to be by your side at all times. Another point that the company highlights is that it is a lightweight and compact model that can be easily carried from one place to another. This robot will cost, in its most basic version, USD$2,700. 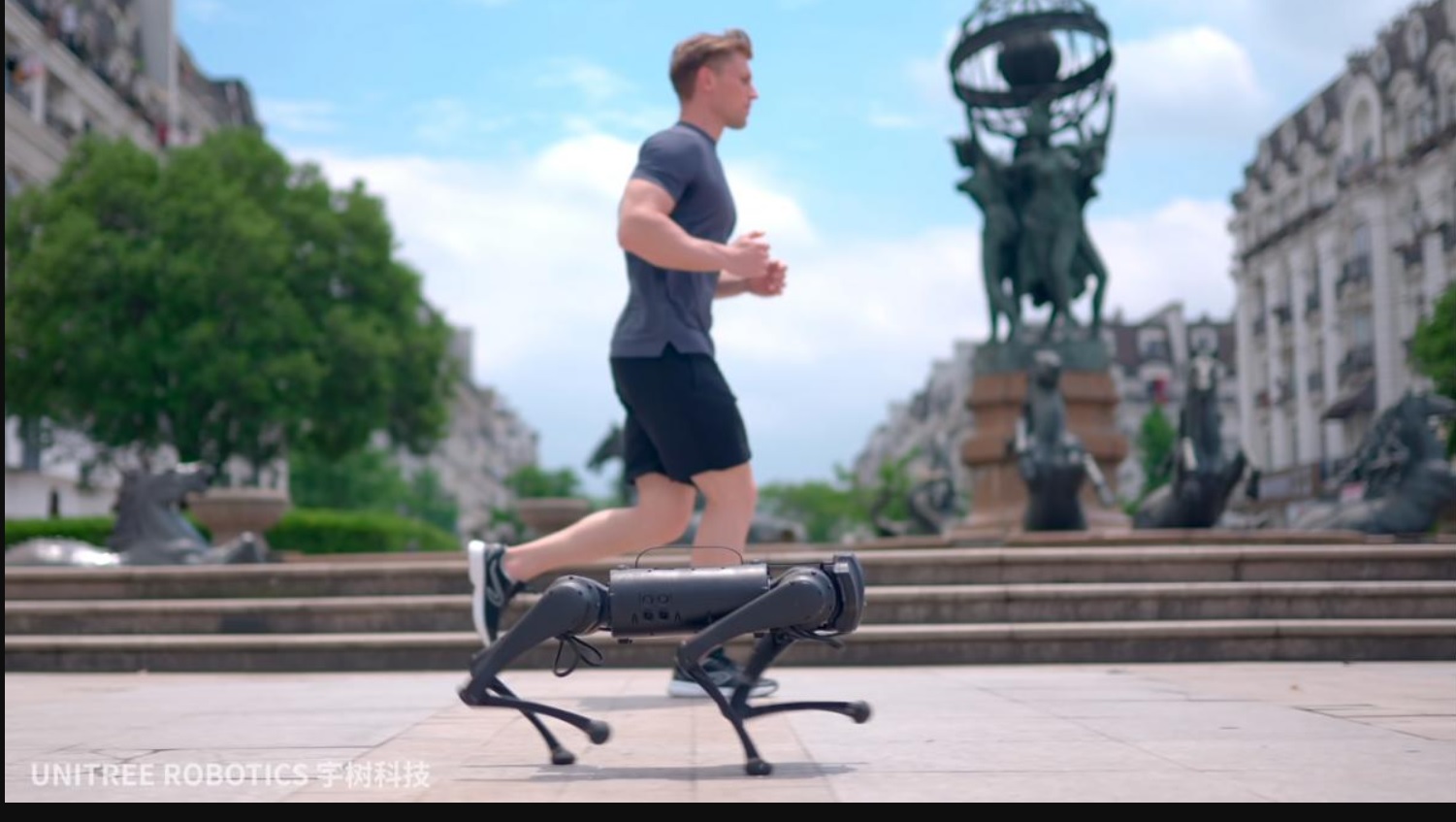 The robot perceives, through its sensors, the user and follows him