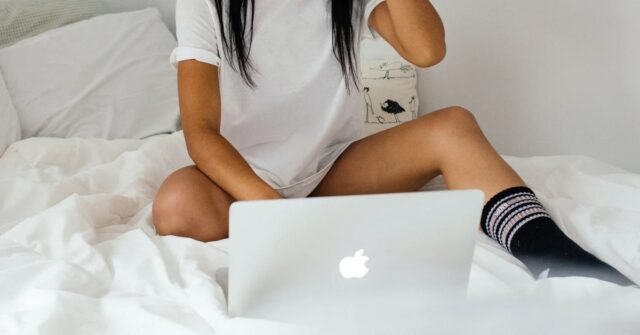 The ranking leads him widely USAfollowed by United Kingdom Y Japan. While the nations of our region that are within the top 20 occupy box number five for Mexicothe 16 for Argentina and the 17 for Colombia.

These 20 countries condense 79.3% of all page traffic, although the average number of minutes viewed per video does not exceed 11 minutes, being Egypt the place where they spend the longest time watching a video, having an average of 11 minutes and 12 seconds.

The average of the three countries Latin America is much smaller than this. Argentina has the highest at reaching 9 minutes and 47 seconds, then appears Colombia with 9 minutes and 9 seconds and finally Mexico with 8 minutes and 45 seconds.

The ages that spend the most time watching pornography are those over 45, watching between 44 and 73 seconds more on average per video. While users between the ages of 18 and 34 watch much less time than the general average, which is 9 minutes and 54 seconds. Women, very close to the consumption of men

In our region, the female audience had a high consumption of poonography during 2022. The three named countries are in the top four, only surpassed by the Philippines where 53% of women watch this type of adult content.

This shows that consumption in gender issues is becoming more even, also taking into account that women last 6 seconds longer on average watching videos than men. In addition, worldwide the average number of female viewers grew to 36%, 4 points more than the data collected in 2021. Another noteworthy fact from the report is that the cell phone is the favorite place for viewers. In Mexico 92% preferred to use this medium, well above the computer with 6% and tablet with 2%.

A very similar picture in Colombia Y Argentinawho also prefer their mobile phone by 89% and 88% respectively, leaving the computer as an option for 11 and 10%.

Among the most viewed actresses are Lana Rhoades, Miia Khalifa, Giselle Montes and Abella Dangeralthough the content made by Latino actors grew 107% worldwide.

This annual summary became a tradition of the adult video platform since 2013.