The actor Henry Cavill will stop playing Geralt of Rivia in the fourth season of The Witcher. In an official statement released by Netflix this Saturday (29), the service confirmed that the actor will be replaced by Liam Hemsworth (The Last Song and Hunger Games). The reason for the change was not revealed by Netflix.

It’s official: The Witcher is returning for Season 4, and Henry Cavill will be handing his swords to Liam Hemsworth as the new Geralt of Rivia after Season 3. Welcome to the Witcher family, @Liam Hemsworth!

In a statement, Cavill confirmed the news and wished Hemsworth good luck. “My journey as Geralt of Rivia has been filled with monsters and adventures, and unfortunately, I will lay down my locket and swords in Season 4.

In my place, the fantastic Mr. Liam Hemsworth will take on the mantle of the White Wolf (…) I pass the torch with reverence for the time spent playing Geralt and excited to see Liam’s opinion of this fascinating and nuanced man. Liam, this character has such a wonderful depth to him, take the time to dive in and see what you can find.”

Hemsworth celebrated the news on social media. “As a fan of The Witcher, I am very happy with the opportunity to play Geralt of Rivia. Henry Cavill has been an amazing Geralt, and I’m honored that he’s giving me the reins and allowing me to take the White Wolf’s blades for the next chapter of his adventure,” he said.

Cavill, who is reportedly a fan of the games that inspired the series, has starred in the production since the first season, released in late 2019. The third season, still with the actor in the lead role, will hit Netflix in 2023.

Halloween and the most searched on Google: makeup, movies and more

Orlando Bloom: how is the actor who participated in The Lord of the Rings? 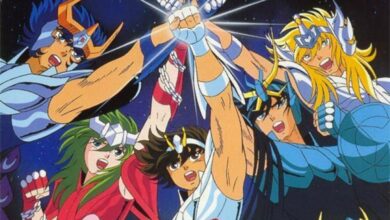 Knights of the Zodiac: which is the correct order to watch the anime