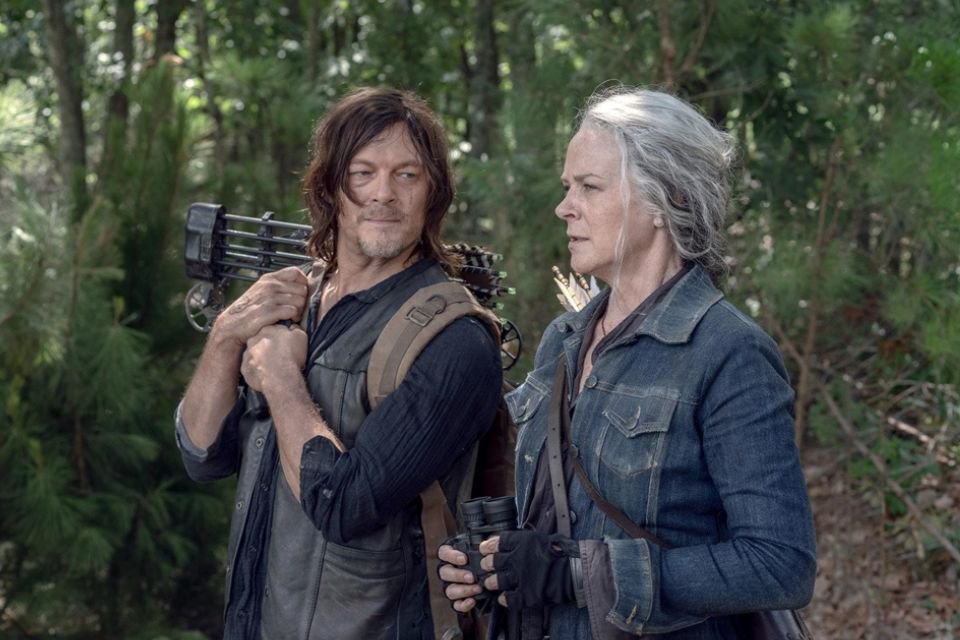 The Walking Dead, one of the most celebrated series of recent times, has come to an end in its 11th season. The episode “Rest in Peace”, aired on November 20, put an end to the work created by Frank Darabont, who had the AMC channel as home. And the ending of TWD, of course, brought a lot of things with it, including surprises, shocking deaths and unexpected endings.

By the way, speaking of unexpected endings, Did you know that The Walking Dead has an alternate ending? Who revealed the information was cinematographer Duane Charles Manwiller, who shared an image on his Instagram in which it is possible to see another ending for TWD.

In the original ending, we see Judith (Cailey Fleming) and Rick “RJ” Grimes Jr. (Antony Azor) looking to the horizon, contemplating the future and indicating that Rick (Andrew Lincoln) and Michonne (Danai Gurira) have yet to return to find their children.

However, in the alternate ending, seen in the image, a time jump would show a new generation of combatants in the future: they would be Rick’s adult children, Michonne, Aaron (Ross Marquand), Jerry (Cooper Andrews) and Rosita (Christian Serratos).

That is, the new ending would bring Rick Grimes Jr., Ezra, Socorro/”Coco”, Gracie and Judith Grimes together, giving clues about a new front of zombie hunter survivors. Would it have worked better that way?

“This wasn’t originally the final moment of the series. I would have done a completely different final scene,” said Angela Kang, showrunner of The Walking Dead, about the original ending, with Judith and RJ. In the same interview, given to Decider, however, she revealed that this was the outcome that everyone liked.

Future of The Walking Dead

Streaming from Disney has arrived with exclusive and special content for fans of The Walking Dead, The Simpsons, Lost, Modern Family, Prison Break and more!