The 11th season of The Walking Deadwhich has also been serving as the last of the zombie series, continues to impress fans every week. Last Sunday (6), the public watched the 22nd episode of the 11th grade, which featured shocking scenes and a very provocative plot in many ways.

The so-called “Faith” even recreated one of the most terrifying deaths ever seen in the production, which occurred at the beginning of season 7, when Glenn (Steven Yeun) was murdered by Negan (Jeffrey Dean Morgan) with the baseball bat known as Lucille in his hands.

Want to know more about what happened in episode 11×22? Check out all the details by reading our full recap!

The episode works with some cores in parallel and they are all filled with tension. Pamela (Laila Robins) presides over Eugene’s (Josh McDermitt) trial in the Commonwealth, while Annie (Medina Senghore) and Negan take serious risks. Even when the latter tries to approach Annie, he is surprised by soldiers who throw him to the ground.

Aaron (Ross Marquand), Jerry (Cooper Andrews), Lydia (Cassady McClincy) and Elijah (Okea Eme-Akwari) are reunited with Luke (Dan Fogler) and Jules (Alex Sgambati) when they are in the forest and receive valuable information about the Commonwealth army.

During Eugene’s trial, Pamela calls the defendant a murderer several times, crying at times to reinforce how she’s been missing Sebastian (Teo Rapp-Olsson). From there, Yumiko (Eleanor Matsuura) tries to look for alternatives to get around the unfavorable situation.

And when everyone was listening to a recording of Sebastian, which Pamela claimed was rigged, a knock on the door interrupted the trial. Yumiko believes that if nothing is done in time, they will lose their judgment. His last hope is a deposition from Mercer (Michael James Shaw). But even trying to argue, Eugene is doomed.

Back in the labor camp, Negan is interrogated by the Warden (Michael Weaver), who suspects that there is a project of rebellion in the group. Negan doesn’t answer the questions that are asked. Later, in an encounter with Ezekiel (Khary Payton), the character regrets his past.

From the Warden’s suspicions, Negan and Annie are put side by side on their knees to be killed by the soldiers. However, Ezekiel puts himself in front of his companion, as do the other survivors. Although the Director orders the soldiers to shoot everyone in front, one of them points his gun at him.

The Director then takes Kelly (Angel Theory) hostage, but Daryl (Norman Reedus) and Connie (Lauren Ridloff) manage to save her. Surrendered, Negan would hit the Headmaster with a rock on the head, but Rosita (Christian Serratos) interrupts the action by asking about Coco, as Carol (Melissa McBride) and Maggie (Lauren Cohan) found Herschel without her daughter. 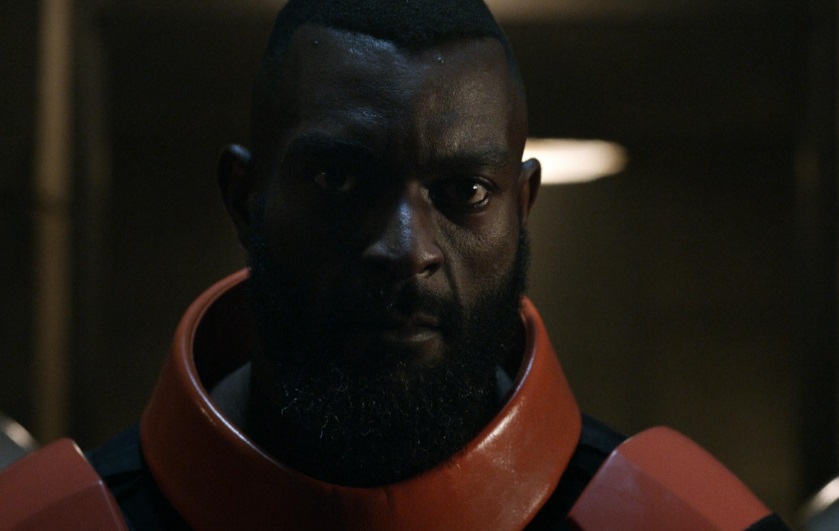 Without an answer, Rosita has a walker take care of the Headmaster. The episode ends with Eugene being arrested after his conviction with a hood over his head. Upon taking it out, he finds himself with Mercer. What will happen? Don’t miss the next episode!

Go Vote: Google remembers the elections in the United States with this doodle