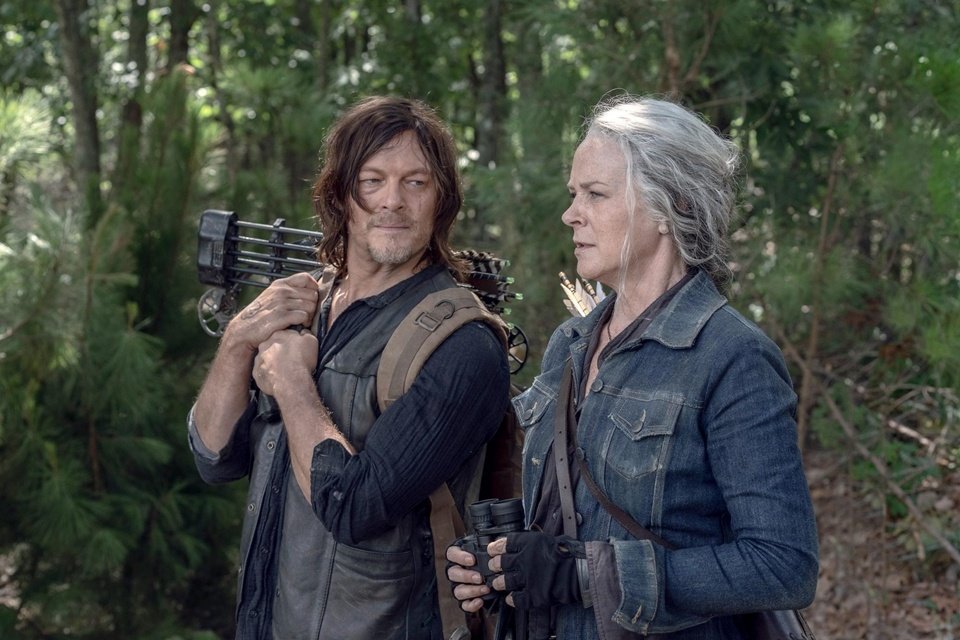 After 11 seasons full of emotion, action and surprises, The Walking Dead came to an end with the airing of the last episode of its 11th season, called “Rest in Peace”. The 24th chapter aired on November 20th and tied up most of the narrative and character arcs of the series, which is already missing among fans of zombie production.

However, despite some expected (and unexpected) endings, some issues seen in the series finale of The Walking Dead did not gain many explanations or details. Which may have been on purpose, as the franchise will gain several spin-off series that will continue the trajectories of certain characters.

Anyway, we’ve rounded up 7 mysteries that the end of TWD raised, but which remained unresolved; Look!

Daryl is one of the characters that will get a spin-off series; Carol, however, will not accompany him on his new journey.Source: AMC

7. What are Commonwealth alliances?

At times, Lance Hornsby mentioned certain alliances that the Commonwealth would have in order to put fear in the other characters. Incidentally, Hornsby’s death would be the determining factor in triggering the revolt of these allies.

However, the walking Dead came to an end and no groups or figures were revealed, which left a flea behind the viewers’ ear. Some have speculated that Commonwealth would partner with CRM, but nothing has been confirmed.

Perhaps, the answer will come in the spin-off focused on Rick and Michonne, as the sheriff was captured by the organization in season 9.

In the 3rd part of the 11th season of The Walking Dead, fans noticed that some people on the Commonwealth train were identified as “Designation 2”. One of the local soldiers said that people with that acronym are “sent away”, but the narrative does not explain the motivations or why of this.

We can speculate, however, that groups with such a code were sent to labor camps, such as Outpost 22. Or, if the Commonwealth really has relations with the CRM, we cannot rule out human trafficking, with Hornsby sending “manpower” to the organization.

The 7th season of TWD was responsible for disappearing the character Heath (Corey Hawkins), whose whereabouts have yet to be confirmed. He died? Still alive? Did you manage to escape? Unfortunately, the series finale doesn’t solve that mystery.

We only know that he was taken by the CRM, a fact that was even confirmed by the series’ showrunner, Angela Kang, after Heath’s van was spotted at Jadis’s house (a CRM contact).

Will we see the character again in a spin-off? If so, it’s possible that it will be in the story focused on Rick and Michonne, which will certainly involve the CRM.

4. What does PPP card mean?

Speaking of Heath, in the same episode that the character disappeared, a card with the initials PPP was found by Tara. As the man was taken by the CRM, it could be that the card has to do with the organization, but the series finale also left that mystery open.

A similar card was found in Tales of the Walking Dead, spin-off series that premiered in 2022. The item has been seen in Davon’s stuff, who may also have ties to CRM. That is, the producers of the universe of TWD they didn’t forget the mystery card.

3. What happened to Oceanside?

According to the penultimate episode of TWD, Oceanside would have been the victim of a Commonwealth attack. Although Jules and Luke survived and even managed to help the others, it is not clear what the final destination of the place was. Would it have been completely destroyed? Or would the attack have been partial?

Since Oceanside no longer appears in the narrative, it would not be crazy to assume that space has been swept away by the Commonwealth. A speech by Eugene, however, about wanting to swim in Oceanside, still gives hope that the place is still alive. We’ll see!

2. What happened to the zombie with the knife?

One of the surprises of the 11th season of The Walking Dead was the return of the fastest and smartest zombies. One of them even picks up a knife dropped by Lydia and threatens to use it. Luckily, no main character is killed by the creature, which doesn’t even reappear.

This sets an interesting precedent, however: Can zombies use weapons consciously? Will this be seen in the spin-offs?

1. What is the origin of the new zombies?

The fastest and smartest zombies, for sure, complicated the lives of the heroes of TWD🇧🇷 The characters were surprised and bothered by the creature’s variant, however, they didn’t bother much to investigate its origins. Nor did the narrative make a point of providing any answers on the subject.

Did the variant come about naturally? the end of The Walking Dead: World Beyond has something to do? This is a mystery that can be answered in the series focused on Daryl, who will leave for France, where the laboratory seen in World Beyond🇧🇷