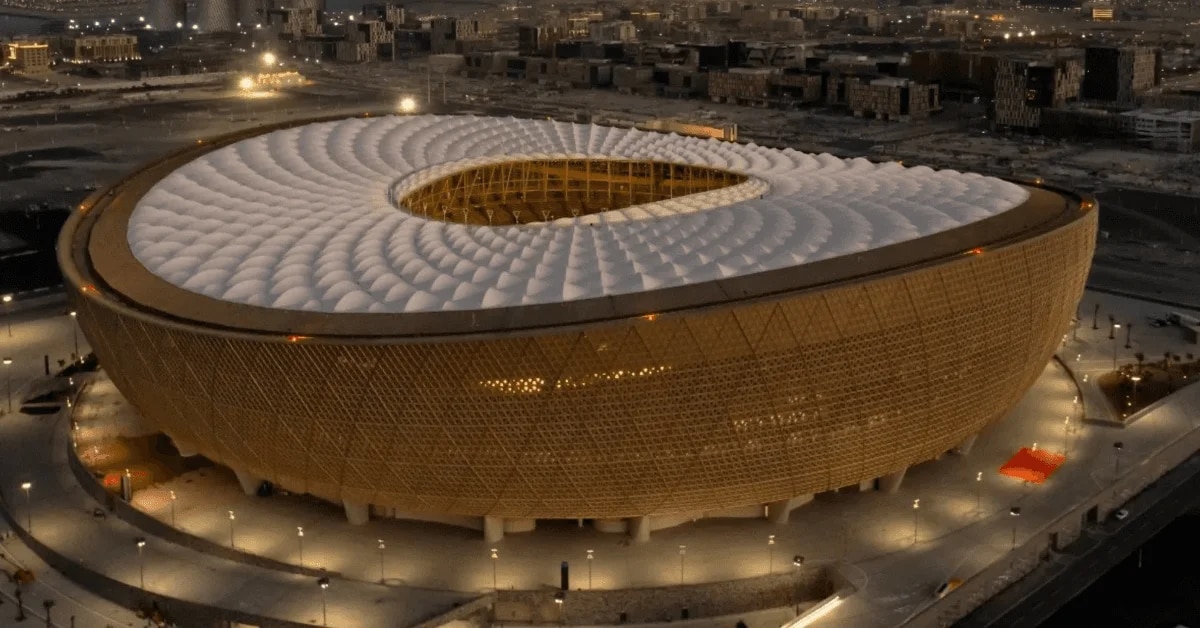 One of the strangest things about this world Cup is the date on which it is being carried out. This has a reason, the high temperatures in Qatar, which on the traditional dates of past World Cups (June-July) can reach up to 50°C. For this reason, the stadiums of the Qatari country have a technology to counteract this situation.

The World Cup in Qatar is showing that it has great innovations that, how could it be otherwise, impresses all the fans with air conditioning in all the stadiums, something never seen before in a high-rise building. soccer.

One of the biggest concerns people had when they appointed Qatar as the venue for the World Cup were the high temperatures from the Asian country. For this reason, the decision was made that it will be played on winter dates and not in summer, to slightly reduce the impact of heat on fans, players and the coaching staff.

Despite the modification of the dates, the organizers were still concerned about this and feared that the weather would not be favorable for soccer to be played at the level that a World Cup demands. That is why they decided to implement a refrigeration system that TechMarkup in the following lines will tell how it works.

How the cooling system works in Qatar stadiums

Many of the stadiums were remodeled and others built from scratch but all match the latest technology that offer a correct temperature for all the people who are inside the buildings while the matches are taking place.

Each stadium has a power station which is installed kilometers away but which is connected through very long pipes to the stands. All this refrigeration system is powered by a recently built solar plant about 80 km from the center of the Qatari capital, Doha.

This plant receives ice water, which is then pumped into the stadium through the pipes and to the pitch. This will release the air conditioner that maintains a constant temperature of 26°C in the stands, while the outside temperature is approximately 32°C and 17°C on the pitch. Energy center in the stadiums of the Qatar 2022 World Cup. (photo: FIFA)

The air conditioning expert who helped develop the system, saud abdul ghaniassured that due to the angle of the vents and the way the cold air descends, gamers will barely feel a breeze.

“At the edge of the playing field there are panels that draw hot air into machines below, cool it down, purify it of pollen and dust, as well as human skin and hair, and return it colder towards the people,” the specialist informed the media at a conference prior to the start of the World Cup.

“We are 100% sure that we give players a thermal environment that allows them to exert themselves at 110% without being affected by the temperatures. For spectators and visitors we have several small diffusers that basically expel fresh air in a radius of two meters and recirculate it”, he specified. Abdulghani, also a professor at the Faculty of Engineering, Qatar University. Air conditioning under the seats in a Qatar 2022 World Cup stadium. (photo: FIFA)