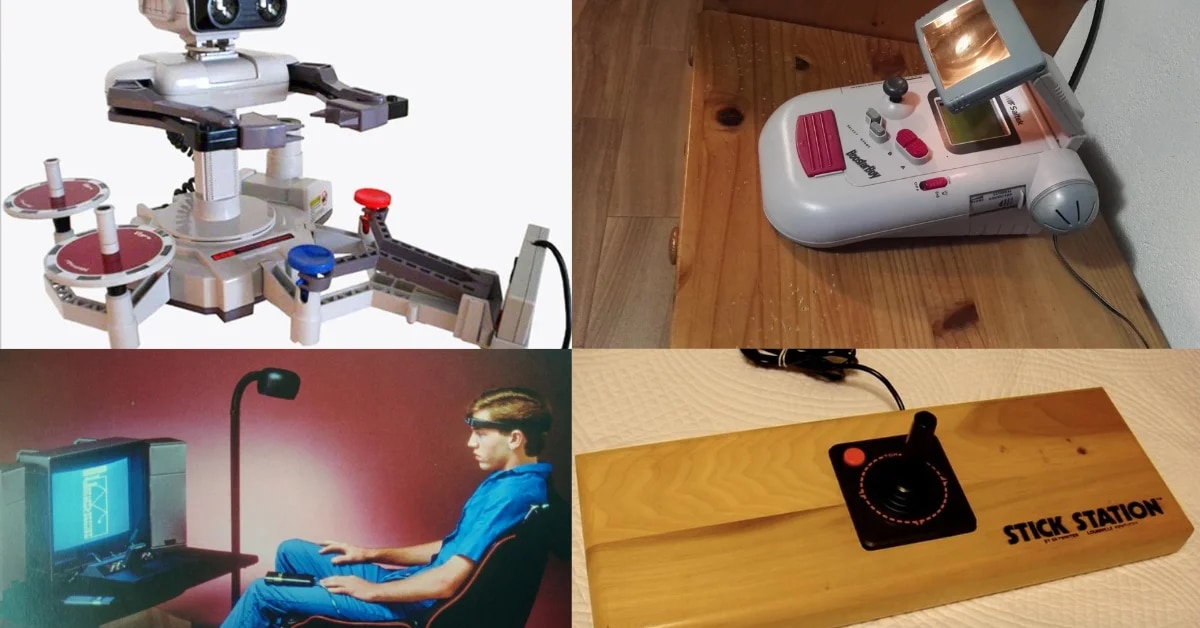 Seven accessories that were created and had strange designs or functions.

Video games between the 80s, 90s and early 2000s were an infinite world of possibilities. A technology that made many dream, despite the technical limitations of the time and for this reason many accessories were created that had strange ideas and functions that were even more difficult to understand.

In order to make a difference in the market, many manufacturers chose to launch products that were not successful, but later became part of video game history by trying to read players’ minds or make the experience more immersive.

Atari He was the first great king of the video game industry, but his success also generated the Crush of 84, the biggest crisis in the history of this market. In the midst of that point of tension and saturation, a device was released that aimed to read people’s minds.

The company wanted the accessory to be for sale along with the Atari 2600, but they decided that it would come separately. The idea of ​​this peripheral was that the player would put the headband on his head and the system would be in charge of ‘reading his thoughts’ so that he could play without moving his hands. All with the mind.

The accessory worked, although not properly with thoughts, but with the movement of the eyebrows, which caused headaches in some players and for this reason it was never officially released. 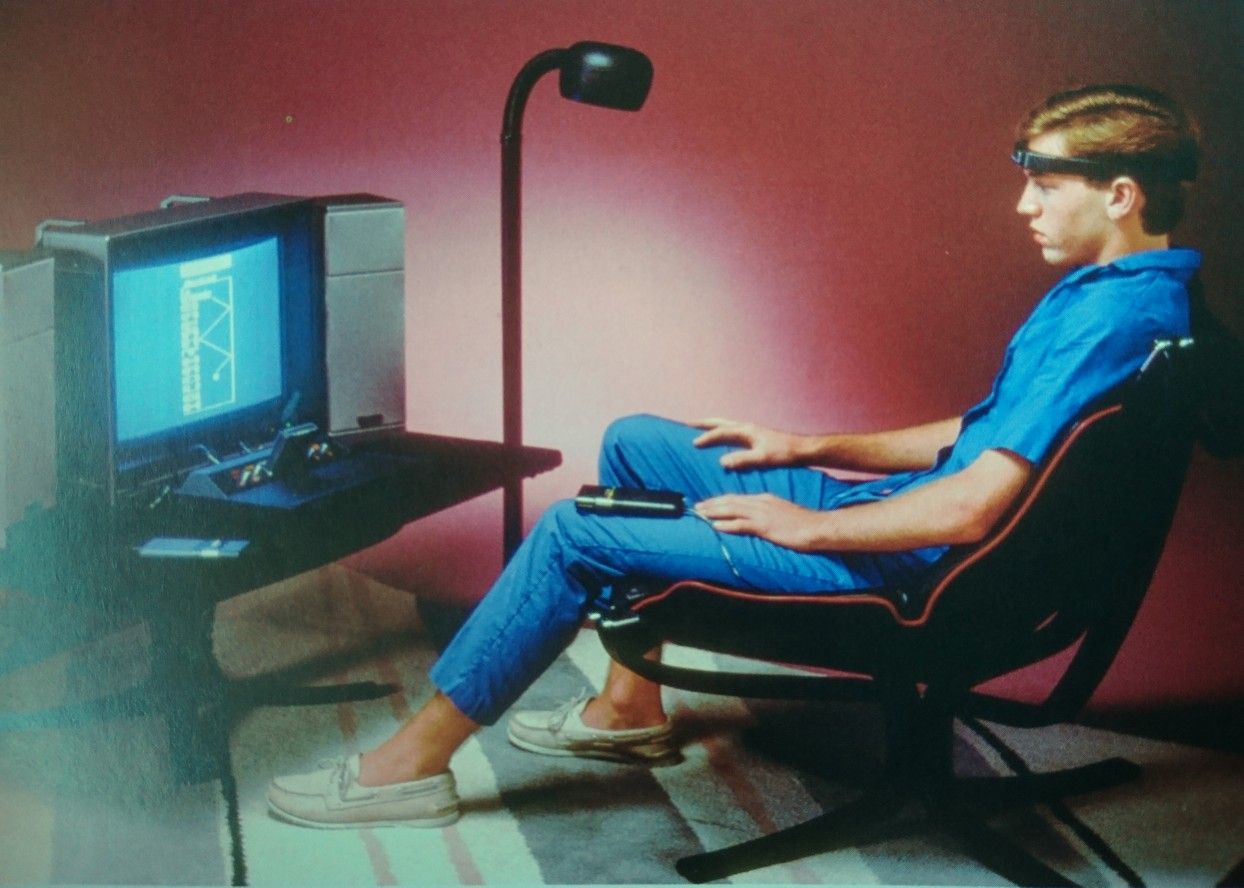 This accessory was intended to read the mind of the players so that they played without using the control.

The American console was not far behind with another idea with little sense. command of the Atari 2600 it had the problem of needing support to be used comfortably, many opted for the floor, their hand or a table.

But the company came up with the idea of ​​selling a table where the control fit perfectly and although it was functional, it is still a simple piece of wood that anyone can adapt at home. It had a very low level of sales and today it is a very difficult peripheral to collect. A table to put the control of the console that was not successful.

Those years were marked by strange ideas and Nintendo He contributed by creating a robot with which children had the option of playing together if they did not have siblings, family or friends to accompany them. In the 80s, online gambling did not yet exist.

that’s how he was born ROB, that it had a toy appearance and that was the idea to attract the attention of the children. However, it was not successful because the way to control it was very complicated and it hurts the gaming experience of the minors in the NESthe company’s first console. Nintendo created a robot that served as a friend so that children did not play alone.

A generation later, the creativity with the accessories did not stop, because a suitcase was created that had the ability to transmit the blows, kicks, bullets and explosions that were experienced in the game to the player’s body.

It was compatible with the Super nintendo and the Sega Genesis. It sold more than 400 thousand units, in addition to inspiring more similar devices, so it was not a failure considering the time it was released, in 1994, since more advanced experiences such as virtual reality arrived over the years. 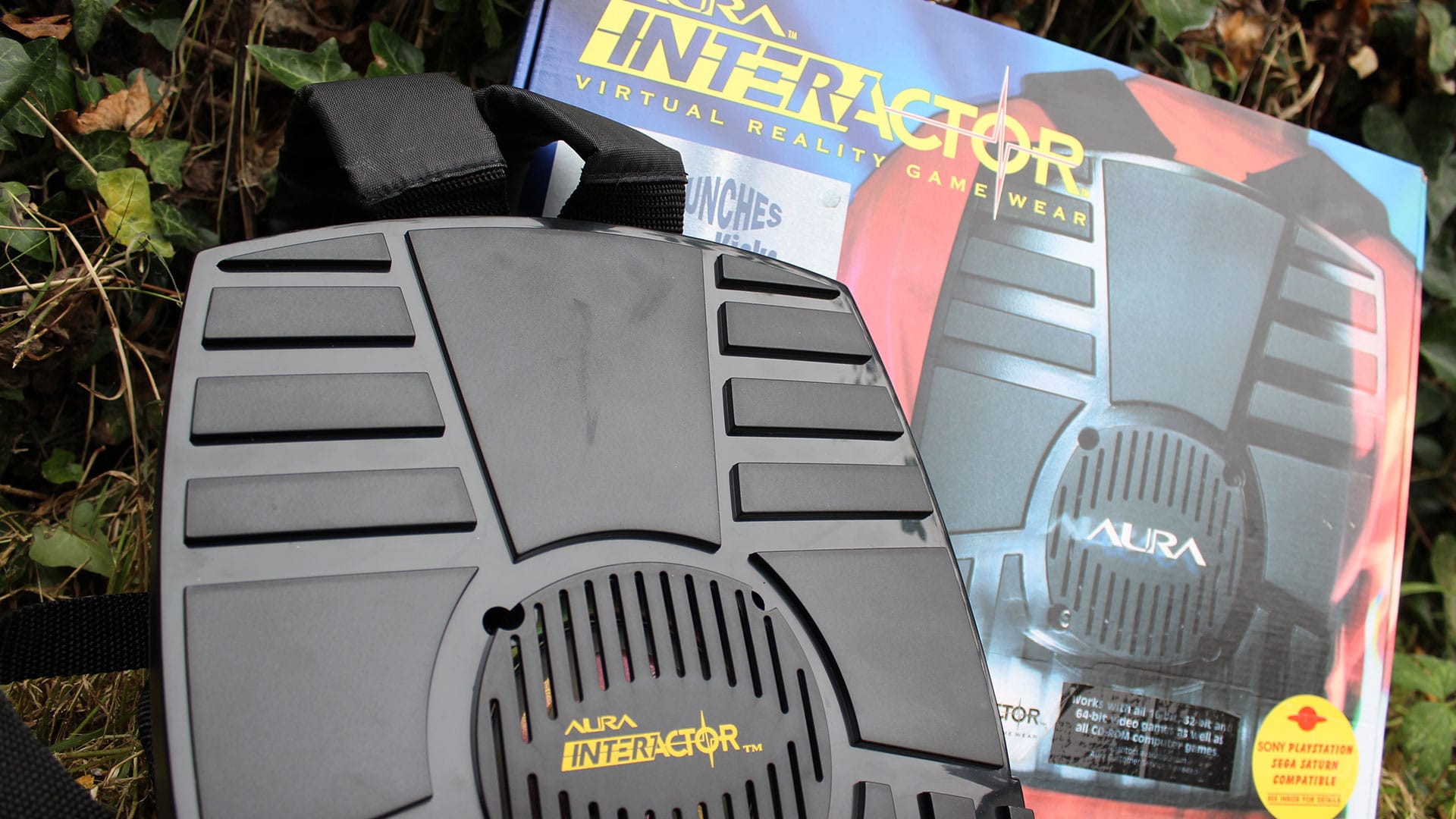 A suitcase that transmitted the blows and reactions of the video game to the player’s body.

The idea of ​​a portable console is to be light and easy to carry. But this accessory did the opposite, because what it allowed was to locate the game boy inside it to have a magnifying glass and enlarge its buttons.

Although the size of the screen and the comfort when moving the keyboard were functional at best, it ends with the concept of portability, which was the idea of ​​having a device like that of Nintendo. 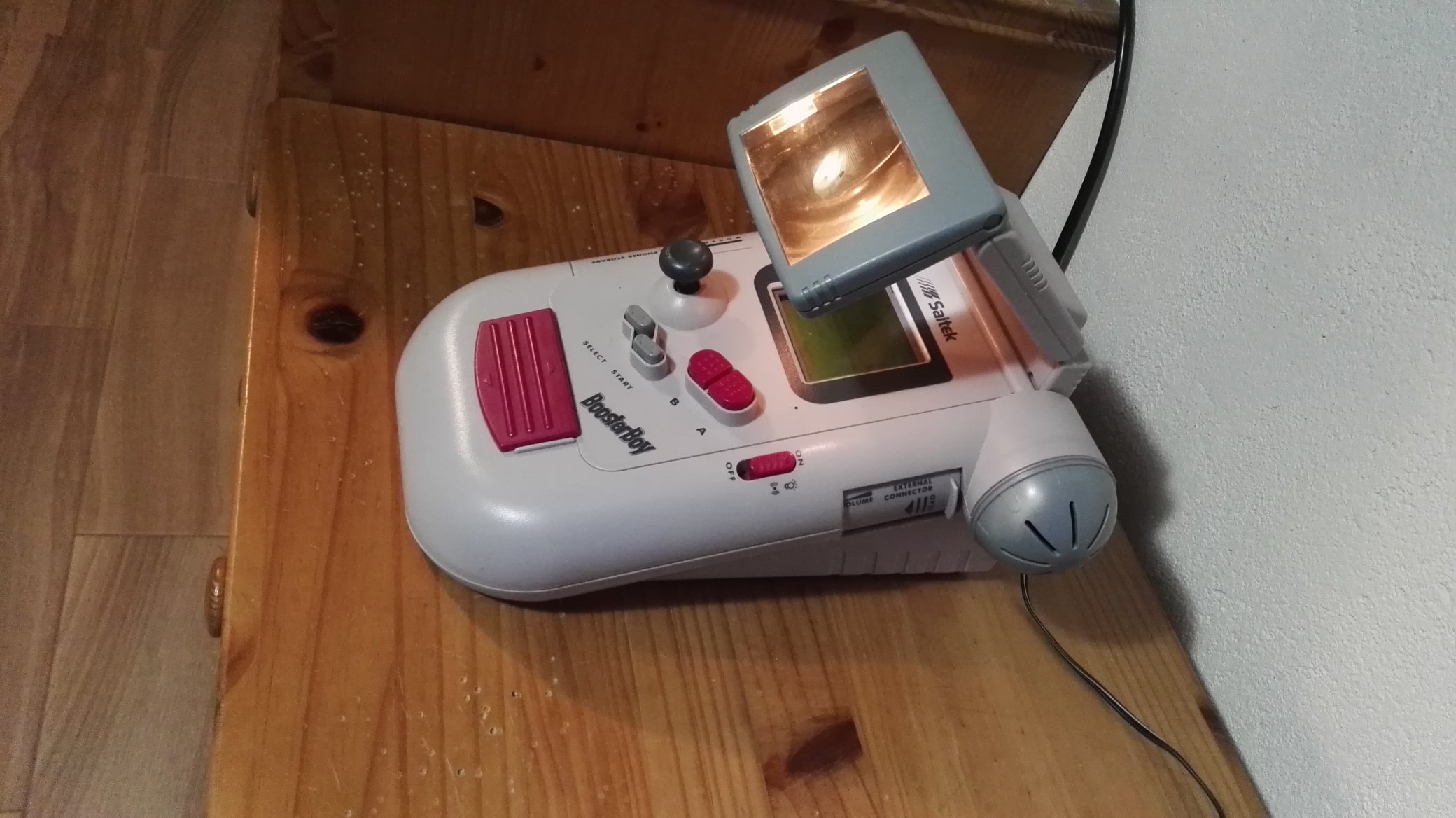 This device increased the size of the Game Boy screen and the comfort of controlling its buttons.

Already entering the 2000s. guitar hero It marked a unique era, being one of the best-selling video game accessories in history, which is why many companies chose to adapt their experiences to similar concepts.

Activision, the owners of the guitar game, believed that creating a skateboard for Tony Hawk was going to be successful as it was a high-value franchise. But the result was a peripheral that was unwieldy, caused crashes at home, and the base game was not well received dooming the accessory to failure. 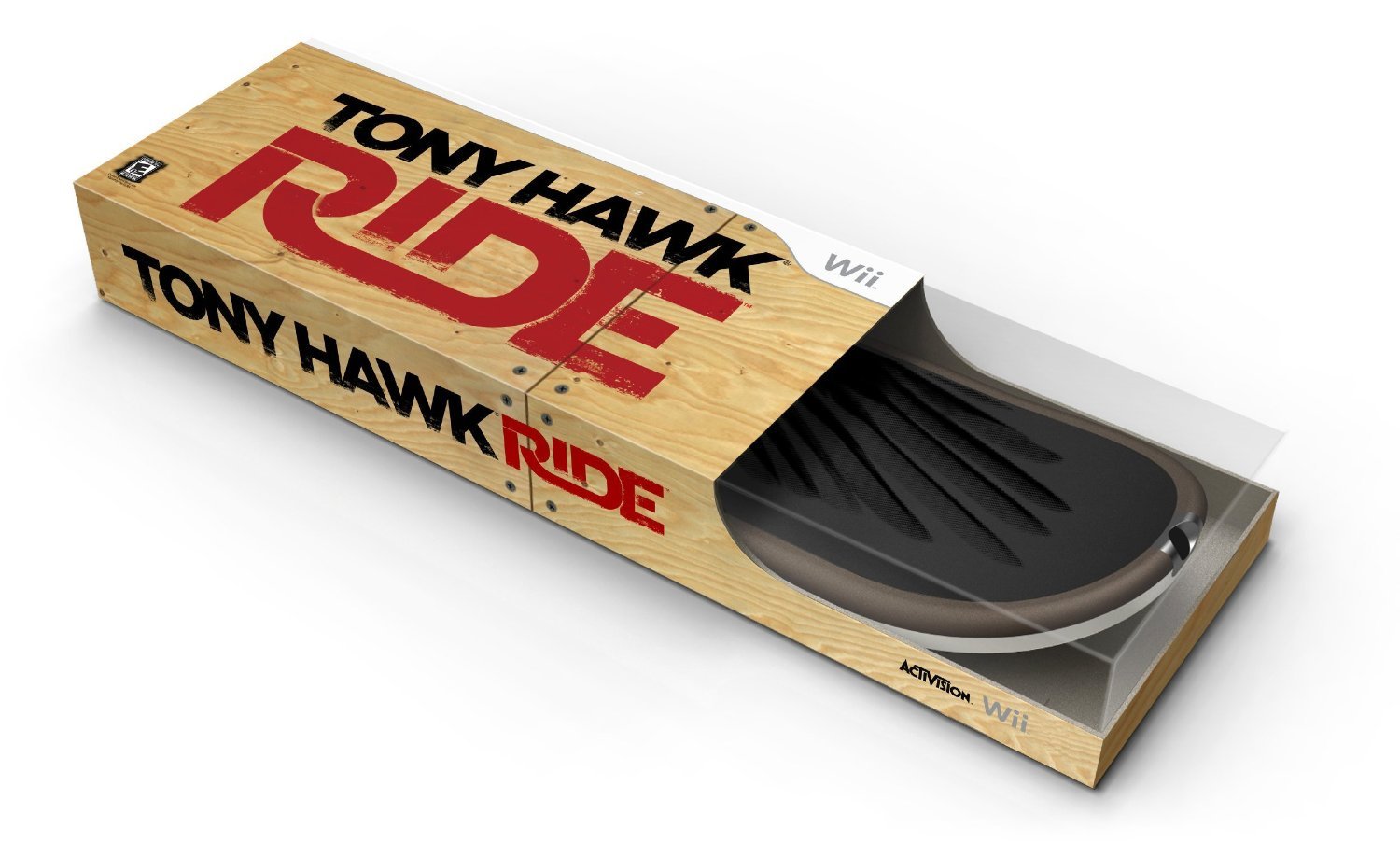 Activision released a deck to simulate skateboard movements on the Wii.

Finally, in more current times, the Enavavo company created an accessory that generates heat through infrared light in the hands of PC gamers. It is a device that works and that in case of living in a place with low temperatures, it would help to avoid discomfort in the hands.

However, its power is limited to the keyboard, so it is not enough for the hand that controls the mouse, and investing in such a device could be used to improve the heating system at home. Without forgetting that the company in charge of the peripheral is a betting company that has little to do with video games. A device that warms the hands of computer gamers.-