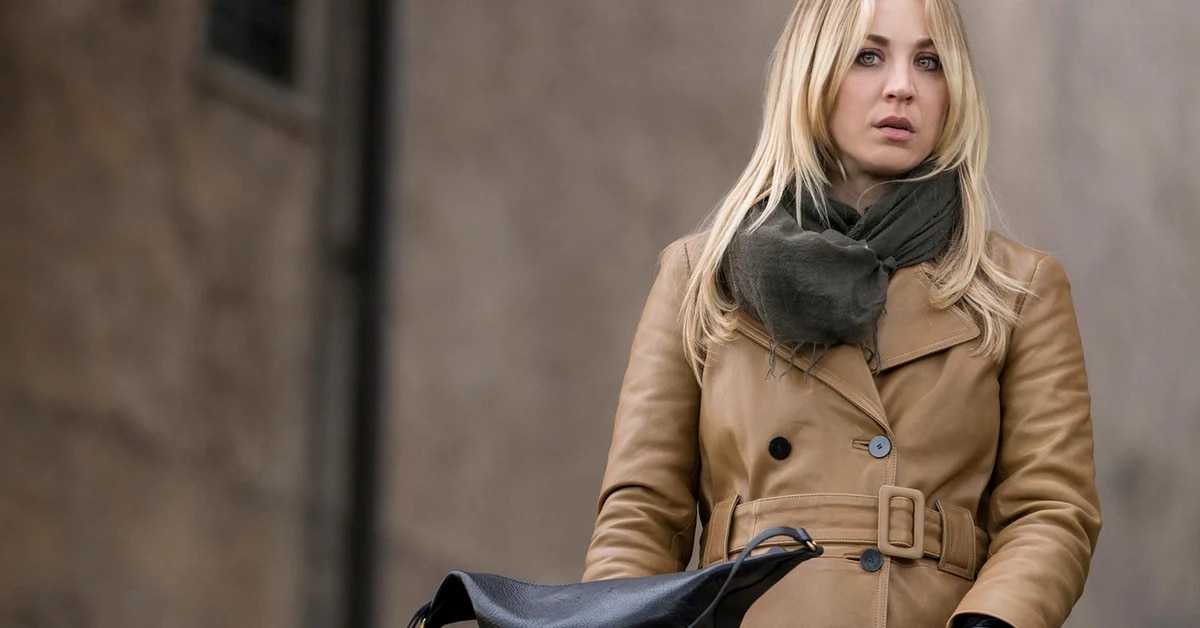 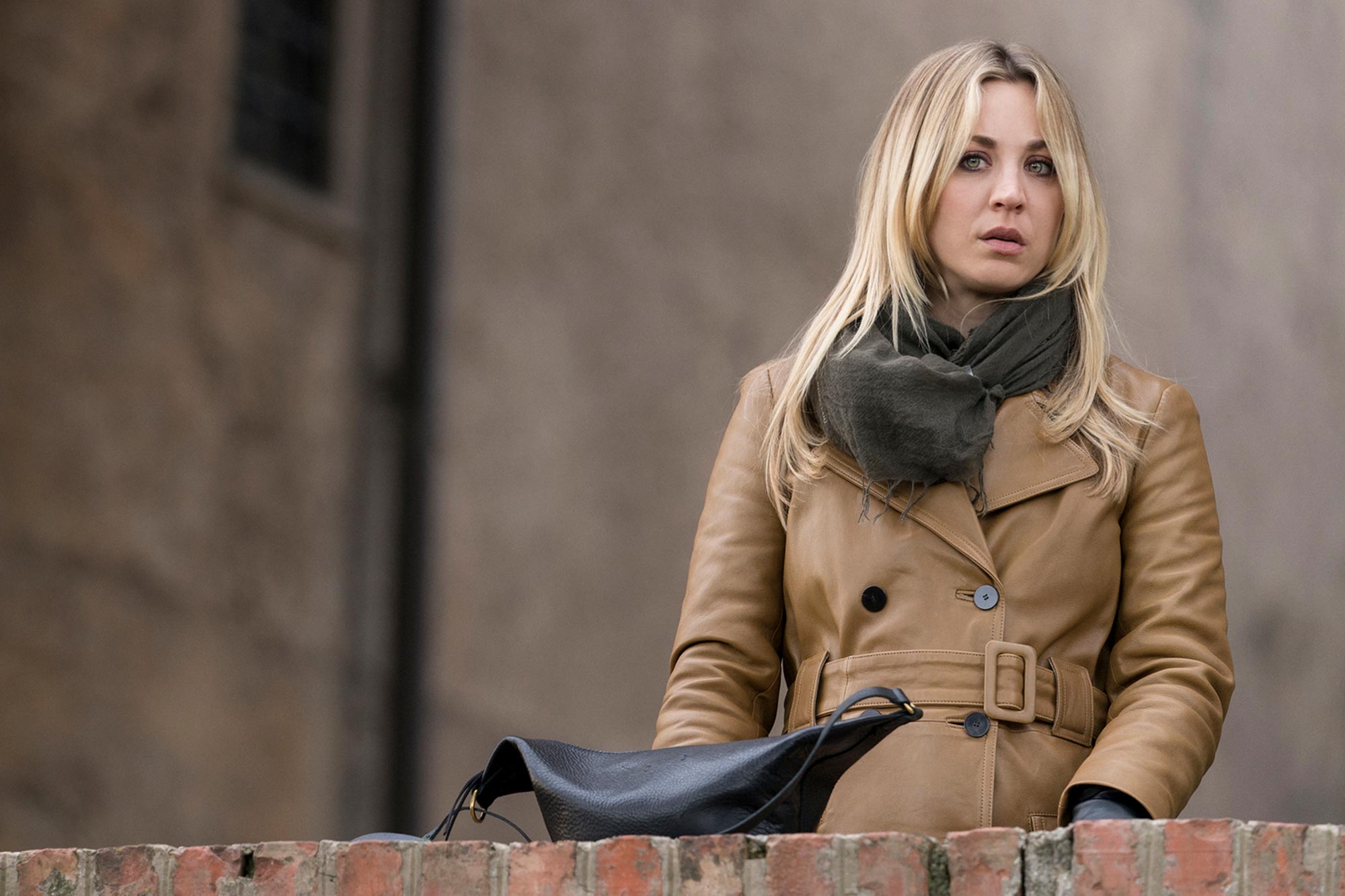 Kaley Cuoco in “The Flight Attendant”

Popular proverbs, it is known, have no borders and are applied here, there, in Nueva Sonora (Mexico), in Antioquia (Colombia) and in, why not?, Hollywood, California, United States. What better example than the saying: “Opportunity is painted bald.” He will remember the mythological origin of such a display of wisdom. In itself, the saying means that a wonderful chance should not be missed because most likely if it goes away, it will go away forever.

The planting arises from the Greco-Roman goddess Chancewhich is a deity that drags good fortune with it for whoever catches it (she is always on the run, poor Chance) but which has a peculiarity: the goddess is bald, except for a lock of hair that she wears on the front of her head (the generation trapper would approve of the hairstyle) so that, once slipped away, not even the back of her hair could stop her. So is the opportunity. What does it have to do with Hollywood?

In this case, Hollywood is the generic for the universe of the series, that industrial form of narration in our era. The fact is that some, several, a group – let’s say – of actors and actresses manage to get on the bandwagon of success in a great series that, characteristic of the times, can last seven, eight, ten years without losing vigor. They once managed to reach the goddess Chance. And then what? 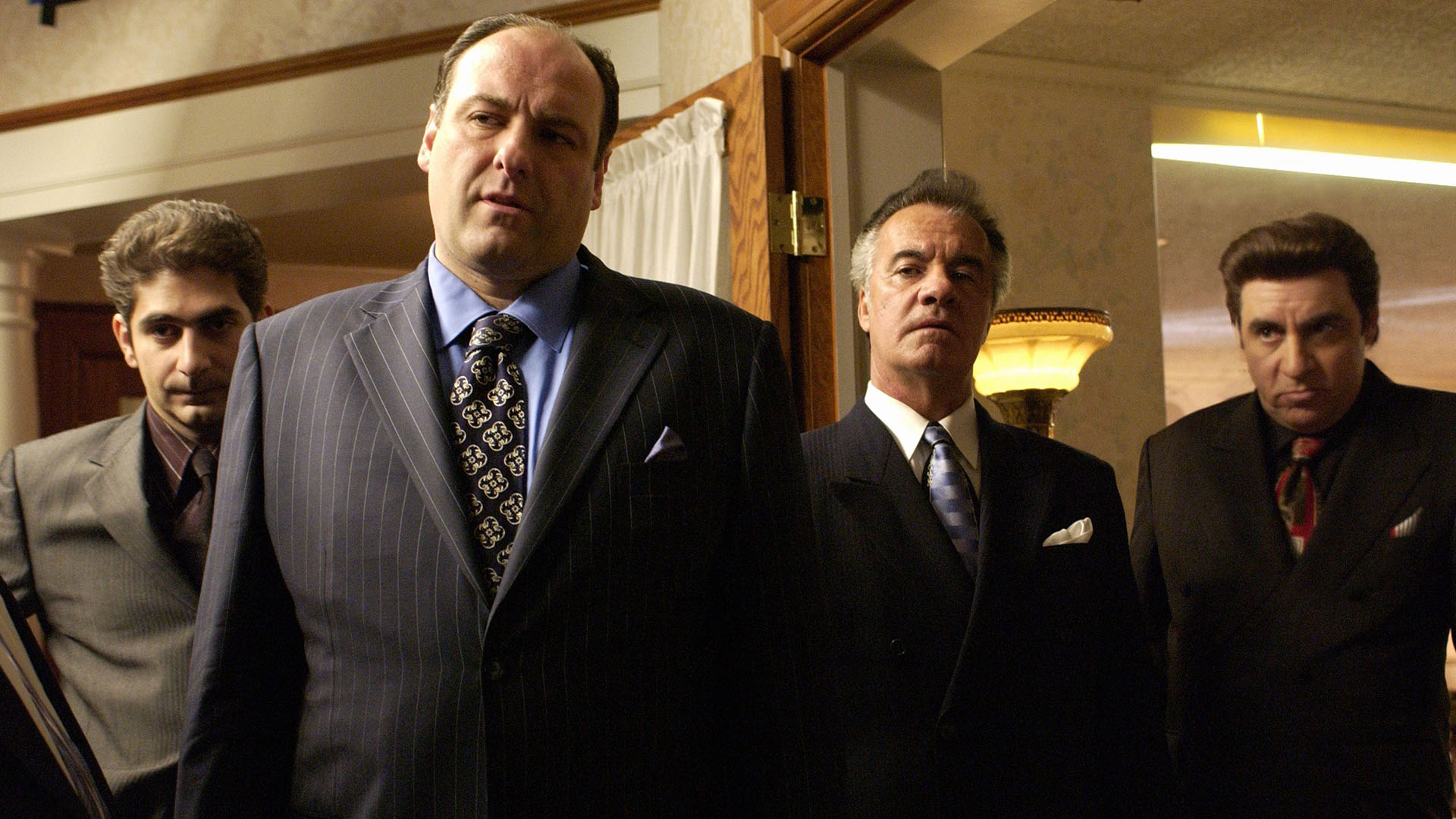 After success few times Chance she appears, bald like this, before her previous beneficiaries. Let’s say: she spent time with the stars of the casts of lost, TheWire, The Sopranos, modern-family, Criminal Minds, Supernatural they did not, in general, have other great successes. There are very special cases like what happened to the actors and actresses of breaking bad, Seinfeld, office, friends either The Big Bang Theorywhich is the case that concerns us through its protagonist Kaley Cuoco and his (triumphant?) return with The Flight Attendantwhich HBO broadcast and can be seen on the HBO Max platform, a case to which we will return.

No one can deny that Seinfeld has been an icon that not only surpassed success in terms of television ratings, but also and above all became a cultural milestone in New York in the nineties, creating, as if that were not enough, the sitcom genre about “any”. Anyone can check it out today on Netflix: Seinfeld it’s genius. Now, what happened to its protagonists? Michael Richards he did stand-up tours until, from a bar stage, he shouted the most offensive word that can be said to a black person in the United States. He was near the end of his career, if not the end of it. Jason Alexander He did some secondary roles in Hollywood films and his biggest role was achieved when Larry Davidthe genius behind Seinfeld, invited him to play himself, failed and condemned to be George Constanza forever. the same Jerry Seinfield was saved, he gave voice to a bee in Bee and returned triumphantly a few years ago with Comedians in cars getting coffee in which he interviewed other comedians and he did very, very well. It is also true that she let a reasonable time pass. The empress of comedy Julia Louis-Dreyfuss had no problems: his show veep is the best of television, with seven seasons. She knew how to cling to the goddess Chance twice. 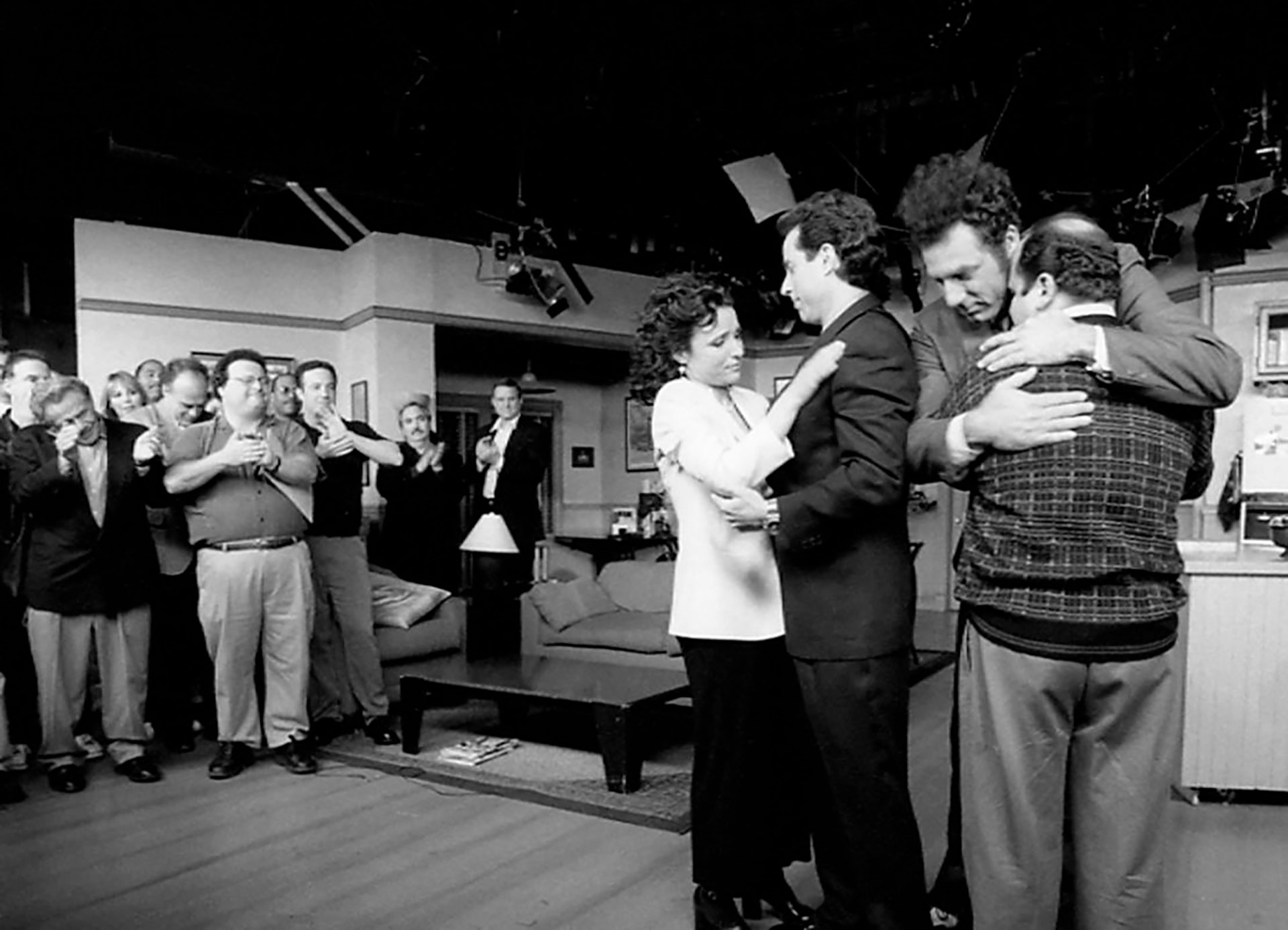 The same disparity occurred with the protagonists of friendsamong whom the only one that seems to have stood up without problems is Jennifer Anniston based on talent and well-cared choices. The rest was eaten by his roles -the paradigmatic case is that of Joey, played by Matt LeBlanc, who wanted to continue with the character once the series ended. Bad selection. The others, with ups and downs, managed (yes) to be paid a million to meet in a sad and forgettable show on the anniversary of the end of the show.

Of breaking bad survived as an actor in other relevant roles the great Bryan Cranston but, as in fiction, Aaron Paul still could not emerge from the powerful role that I held in front of an addicted audience. In office, Steve Carell it was cleverly dropped in season seven. The rest remained framed in Dunder Mifflin until who knows when. 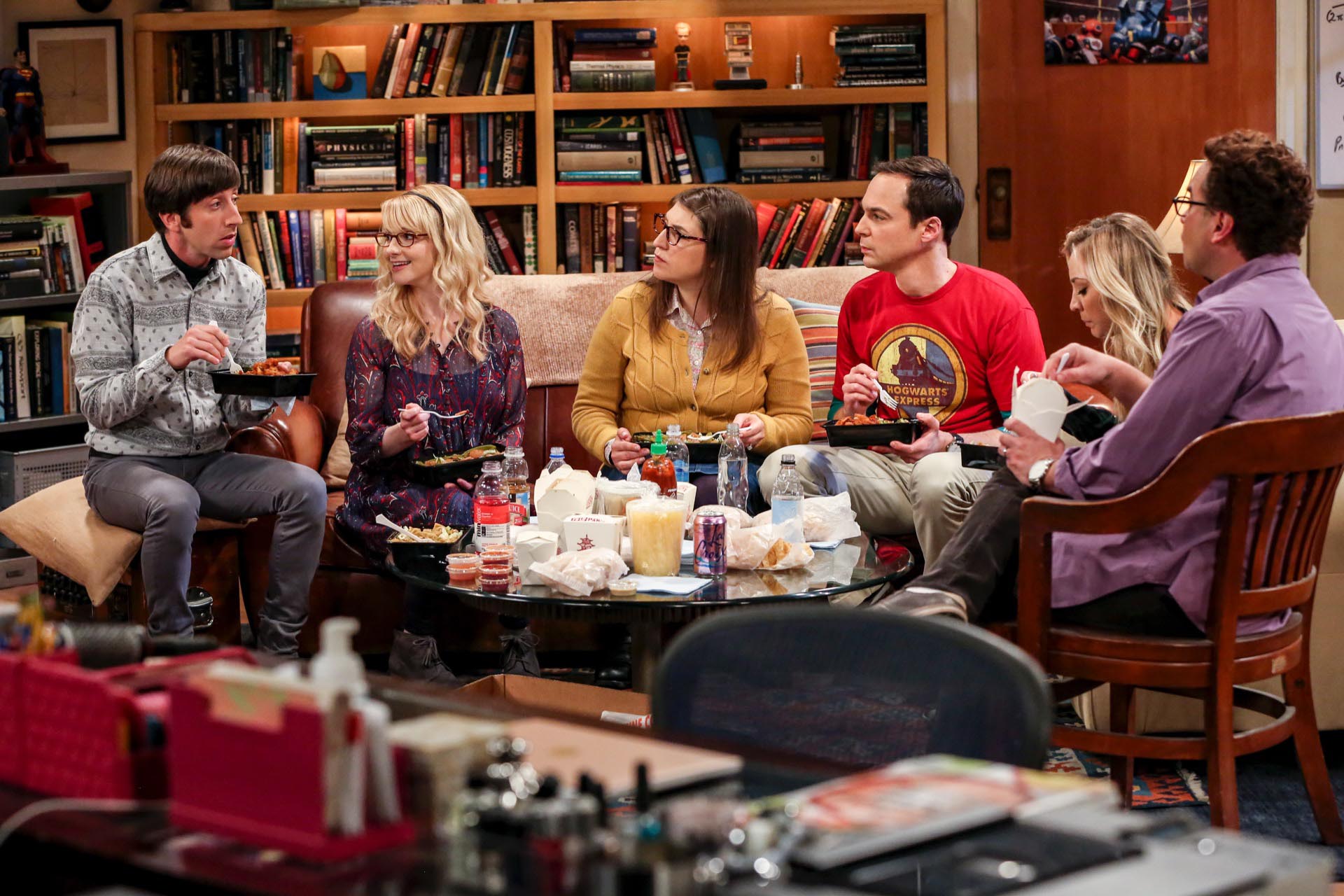 Now what happened to The Big Bang Theory? After the hyper success it could be difficult to get out of the character tattooed by twelve years of interpretation. Jim Parsons (Sheldon) acted in some films with an LGBT narrative center and it did not go badly, not well either, a mediocre. kuna nayar (Kothrappali), simon helberg (Howard Wolowitz) John Galecki (Leonard Hofstadter) have not yet gone out on the ring again. Kaley Cuoco Yes. And it seems that she took to Chance hand in hand and friendly.

The second season of The Flight Attendant would demonstrate that resurrection. Cuoco plays Cassandra, but everyone calls her Cassie, Bowden, a stewardess who wakes up, in the first season, next to a corpse, and that’s where everything becomes an international intrigue, full of spirits, mysteries, espionage agents world and everything in the hands of Cassie, who resorts to a psychological introspection that confronts her with her other selves –a very good resource to introduce Freud in the midst of bullets and glasses of vodka–.

Trailer for the second season of “The Flight Attendant”

The first season, which is hosted alongside the second on HBOmax, passed the test devilishly well. The second shows Cassie moved from New York to Los Angeles always well accompanied by her friends Annie (Zozia Mamet) and Max (deniz akdeniz) and tried to deal with alcoholism. But the unsealed ties of the first season’s mysteries return in the form of mortal danger and relationships with the CIA that surpass, one might say, the untidy Cassie. Her relationship with the family past, the love failure and the iron intervention of North Korean agents give a glamorous shine to the series, which is wrapped in a patina camp (a wonderful recurrence is Max’s “infatuation” with Cassie’s cool boyfriend), which in addition to a notable cast that integrates the acting map well, expands with the participation of Rosie PerezMichelle Gomez either Cheryl Hines in key roles.

Kaley Cuoco fulfills her role very well and the comedy that has intrigues with killers and everything and personal dramas of a non-light nature make it a very good production (except for the last resolution of a loose end that does not work anywhere, but well , nothing is perfect). Was Kaley Cuoco saved from the success curse of a decade and two years in the same successful role? Seems that if. Let’s see what happens with the third, and fourth, and fifth and fourteenth seasons of this series.