The Xiaomi Mi A1 is probably thought fondly of those who have used it. With the Android One system and the favorable price, the phone used as an introduction to the Western market five years ago was doomed to success. Xiaomi is trying again to launch a phone outside of Asia under the well-sounding name A1, now under the Redmi brand. THE Redmi A1 it will be available from the beginning of October through Xiaomi’s official sales channels in Hungary, the manufacturer is asking HUF 49,990 for it.

Only the black and green Redmi A1 will be available in our country. (source: Xiaomi) [+]

For our money, we get a 6.52-inch diagonal HD+ (720 x 1600 pixels) IPS LCD panel, the display refreshes at 60 Hz, a teardrop-shaped notch hangs in the displayed content only at the top, this is where the 5-megapixel front camera is located. On the back there is an 8-megapixel main camera and a 0.3-megapixel (QVGA, 248 x 328 pixel) auxiliary camera, from which the system obtains extra depth data for portraits. In addition to portrait photography, the camera also supports time-lapse recording. 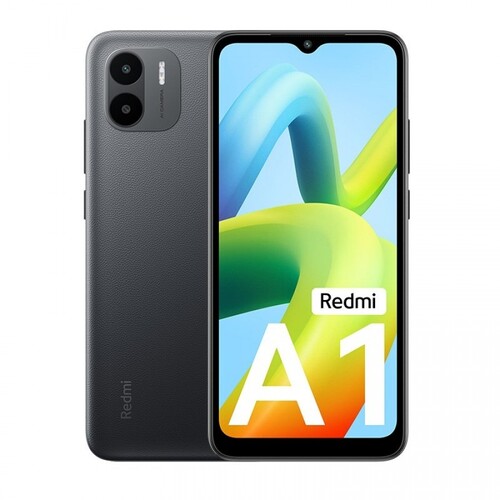 The mobile phone is powered by a 12 nanometer MediaTek Helio A22 processor, accompanied by 2 GB of operational memory and 32 GB (eMMC 5.1) storage, which can be expanded up to 1 TB with a microSD card. The system is Android 12, but without MIUI, so the simplicity of Android One seen on the Mi A1 is also inherited by its namesake. 5G is just as forgettable, the Redmi A1 only communicates on 4G or Wi-Fi (802.11 a/b/g/n), but accepts two nano-SIM cards at the same time. Bluetooth 5.0 has been added to the phone (A2DP, LE), and it can navigate using A-GPS, GLONASS and BDS systems. There is no NFC, but there is a 3.5 mm audio jack, and next to it there is an old friend, the microUSB port. Through this, the 5,000 mAh battery can be charged with 10 watts, which accounts for the bulk of the mobile’s 192 grams. The housing measures 164.9 x 76.5 x 9.1 millimeters, is made of plastic, but imitates the effect of leather, and will be available in black and light green in Hungary.