It is clear that Google is playing carefully if the From a Pixel tablet it’s about The device is currently in the EVT phase, some pieces have already passed the tests, and it turned out that the tablet will have a 10.95-inch display, which puts it in the category of the Samsung Galaxy Tab S7 and S8, or the Apple iPad Air or iPad Pro then Google’s own tablet. By the way, you can say that the 11″ display size has become standard for tablets in recent years. In addition, it was revealed that the Pixel tablet will be released with storage options of 128 or 256 GB, which is not a very surprising turn of events.

The rendering image presented by Google at I/On shows how the Pixel tablet will look. (source: Google) [+]

What is more interesting is that, based on the data, the Pixel tablet will support USI standard touch pens and pencils, Google is said to be preparing a self-developed USI 2.0 accessory as well. It is also more interesting that the Pixel tablet may be the first device that will exclusively support the 64-bit version of Android 13, powered by the first generation Tensor. 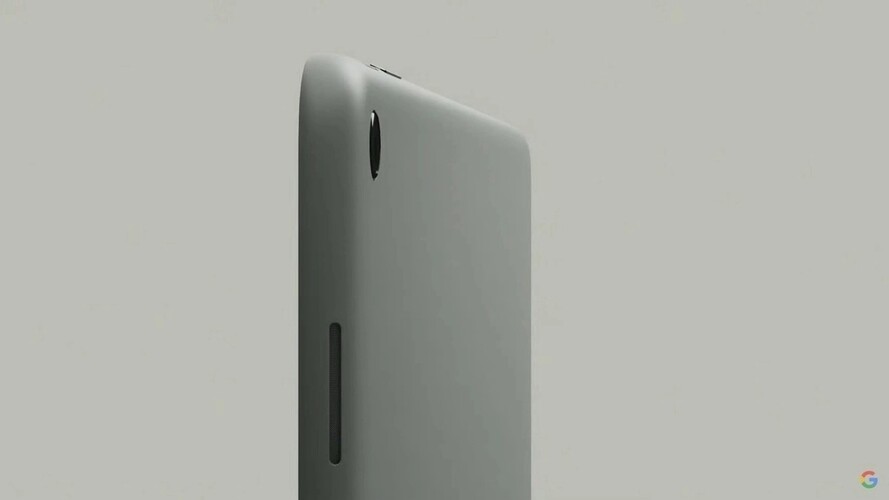 The rear camera of the Pixel tablet. (source: 91Mobiles) [+]

As with the display, Google is not taking any chances on the camera front either. According to the code of the Google Camera application, the Pixel tablet will receive Sony IMX355 sensors, one in the front and one in the back. This may sound familiar, Google has used it since the Google Pixel 3, and the company’s 2018 tablet attempt, the Pixel Slate, also used it. Based on all of this information, we can conclude that Google would not try with a top-of-the-line tablet next year, as it did in 2018, but instead would try again on the tablet market with a more affordable device.