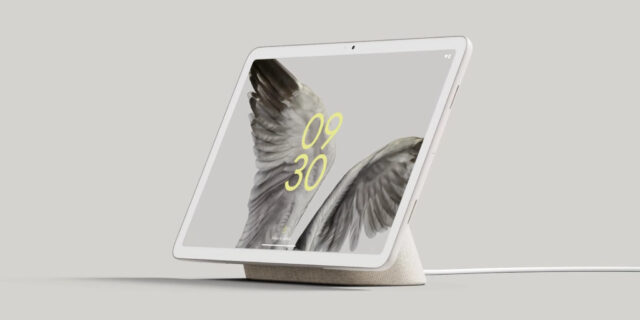 Since spring, we have known that Google has been working on several unusual projects in comparison to its own portfolio this year alongside the Pixel 7 series, but neither the Pixel Tablet nor the bendable Google phone have been presented so far. Of course, information kept coming in, the Pixel tablet was already mentioned by the manufacturer in May, since then several details have leaked out, and recently the manufacturer presented the potential of the device and its accessories as a home IoT center.

Google’s tablet and speaker-equipped magnetic charging dock appeared not long after in the United States on the marketplace of one of the social media platforms at a price of $400. It is not uncommon for Google devices to drop here and there long before the official presentation, leaving a few pre-series pieces, which then end up in the press at best, at worst in an online marketplace, or even start selling half a pallet of them, so it is not out of the question, that the ad really mentions the Pixel Tablet and that someone can get the search giant’s tablet well before the start of 2023.