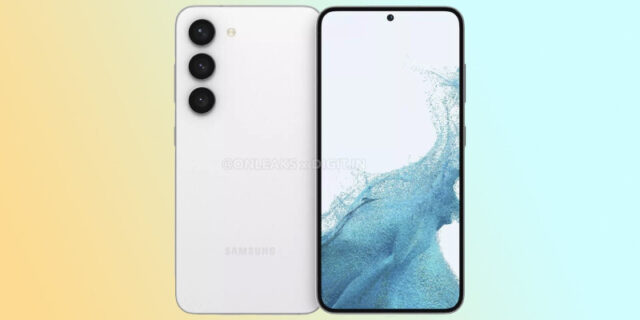 We hardly have to wait much longer for the next generation of the Samsung Galaxy A series, which, unlike the S, does not follow the year, but is one year ahead. Based on Bluetooth certifications, the Galaxy A14 is expected in both 4G and 5G versions, and even two versions of the latter may arrive. One of the cheapest new Samsung phones can use the in-house developed Exynos 1330 in some markets and the MediaTek Dimensity 700 in others. The giant 6.8″ and 90 Hz IPS panel can be shared, resulting in a really large baking tray. The Galaxy A34 5G also received its Bluetooth certification, and according to a recent Geekbench test result, at least one version can incorporate the correct Dimensity 1080 chip. which is made on TSMC’s 6 nm node.

Unofficial render of the Galaxy A54. Source: 91mobiles [+]

THE Galaxy A54 5G also passed the Bluetooth certification, and here the Exynos 1380 chip is mentioned. The new series can carry the design features of the Galaxy S23 mobile phones with separate lenses and can leave the depth sensor. The Galaxy A54 5G can offer a 50-megapixel main camera, and the entire series will run One UI 5.0 based on Android 13. Although the Galaxy A74 the S22 FE is said to be running instead, further Galaxy A-, M- and perhaps F-series Samsung phones are also expected, and at least for this brand, the principle of quantity does not come at the expense of software support.